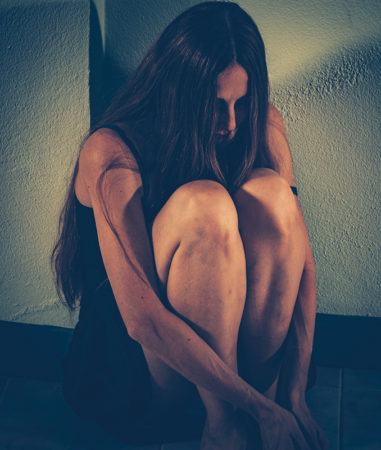 TORONTO, Ont. — It’s estimated that there are more than 40 million victims of human trafficking around the world.
It’s a staggering number that’s hard to digest and imagine; more people are trafficked globally than there are living in Canada.

Often, victims of human trafficking are forced into sex at truck stops – which have a reputation for being easily accessible, with little to no security, and a high-demand for commercial sex.

So, it only made sense that in 2009, Truckers Against Trafficking (TAT) was formed to put an end to human trafficking at truck stops.

TAT is a non-profit organization that works to educate, equip, and empower truck drivers across America to spot and report human trafficking crimes on the job.

“There’s more truck drivers than law enforcement on the road at any given time,” Kylla Lanier, deputy director of TAT explained.

“They are the eyes and ears of our highways. So, the thought is, if we can train them to recognize the signs of human trafficking, together, they can make a significant impact.”

So far, thanks in large part to TAT, close to 2,300 calls from truckers have been made to the National Human Trafficking Hotline to report more than 600 cases involving more than 1,100 victims.

“And these numbers are just one slice of the data pie,” Lanier said, explaining that they don’t involve the truck drivers who just call 911 in the case where they witness or suspect trafficking.

To report these crimes, drivers need to know what they are looking for when they are out on the road, TAT believes. The biggest and most obvious red flag, according to Lanier is if drivers are approached for sex by minors.

“If they are under 18 years old, automatically under federal law, if they are being sold for commercial sex, that is a trafficking victim,” she said.

The second biggest red flag is signs of pimp control, which usually involves bruising and injury.

“Some of the women we’ve worked with who are survivors of human trafficking talk about being fully beaten up and people are still buying them for commercial sex,” she said.

“In fact, one of the survivors we work with had a broken jaw and one of her buyers actually said, ‘Can you even give me a blow job with your jaw like that?’ These buyers are seeing these obvious signs of distress and they still purchase the commercial sex regardless.”

“Sometimes (the tattoos) can be as crude as a barcode on their victims, or sometimes it’s phrases like ‘Daddy’s Money Maker,’” she said.

“But sometimes the branding can be as subtle as the trafficker’s name. Which can be hard to distinguish but if you have two girls coming up to the truck, and they have the same tattoo in the same location, with the same name, that’s the branding tattoo.”

Lanier added that another common sign is if they talk about having to make a certain quota.

“The traffickers put a dollar amount on each one of their girls,” she said. “And they all have to bring in a certain amount.”

Another red flag is cars and RVs parked by trucks at a truck stop.

“Normally these vehicles aren’t parked with the trucks. They are usually up by the store,” she said.

“We just had a case in Dallas where team drivers called in to report a suspicious Mercedes parked out by trucks at a truck stop. And it turned out that one guy was actually selling four teenage girls out of that car. Thankfully, he was arrested after they reported it.”

TAT puts a large emphasis on training truck drivers to be aware of their surroundings and to watch for red flags at truck stops especially. The organization has countless stories on how this training has helped truck drivers speak up and report these crimes, and ultimately save human trafficking victims.

One such story comes from Kevin Kimmel, who drove for Con-Way at the time.

It was an early morning in January 2015 in rural Virginia. He had just pulled into a truck stop, which was mostly vacant, save for his truck and an RV parked a few spots away.

“The RV didn’t really fit in,” he said. “Usually RVs leave in the morning. And this particular RV stuck out. It was old, with black curtains, and just didn’t look the part.”

As he was finishing up his paperwork, Kimmel noticed a man going up to the RV, knocking on the door, going in for a minute and leaving. The man walked into the truck stop, returned to the RV, knocked again, and went inside.

“After that, the RV started rocking,” he recalls. “Which suggested exactly what was going on in there.”

Kimmel said he blew it off, and afterwards, behind the black curtains of the RV, that were drawn quickly, he saw a young girl.

The sight nagged at him.

Kimmel got hold of the local sheriff’s office to report what he saw, and after just 10 minutes, the cops pulled up to the RV, and rescued a 20-year-old trafficking victim, who was kidnapped by a couple.

“They were raping her and torturing her as they drove across the country,” he said.

Kimmel said he was updated on the case after the fact, and was told that the young woman was in such rough shape she would have been dead in a few days, had he not called the police.

The couple were convicted and sentenced to 40 years in jail for their crimes.

Kimmel’s story is exactly what TAT hopes will inspire other truck drivers.

“If they see it and they know a crime is being committed, they should call 911 right away,” Lanier advised.

“If they’re not exactly sure, and they suspect something is happening, they need to call the National Human Trafficking Hotline. They’ve got people there that are trained 24/7 that can help them connect with law enforcement.

After 911, we also suggest they call the hotline, because 911 has no database, and the FBI uses the database.”

Under no circumstance does TAT advise truck drivers to get involved in the rescue themselves.

“It could get them and the victim in trouble,” she said.

In May 2019, The Canadian Centre to End Human Trafficking launched its own Canadian national hotline.

According to the center, the multilingual hotline will operate 24 hours a day, seven days a week, 365 days a year. The hotline will be built on anonymity and will work to ensure both survivors and callers have the support they need.

The center said it is “committed to eradicating (the) horrific crime.”

To report suspicious activity where you believe human trafficking could be involved, you can call the Canadian national hotline toll-free at 833-900-1010 or the U.S. National Human Trafficking Hotline at 888-373-7888.