LOUISVILLE, Ky. — Bendix has expanded on its Wingman collision mitigation system, adding new features, including a camera that can identify speed limit signs and report speeding drivers to their employer.

Wingman Fusion combines radar- and camera-based safety systems and integrates them with the vehicle braking system to bring a heightened level of collision avoidance to the market. It can automatically apply the brakes to avoid collisions with stationary vehicles, but won’t yet identify non-metallic objects such as wildlife.

Some of the features it does offer include lane departure warning, following distance alerts and new overspeed alerts. The camera reads the speed limit signs posted along the side of the road and when the driver exceeds the posted limit by 5 mph, it issues an audible warning. When the driver is 10 mph over the speed limit, Wingman Fusion will again issue an audible alert, but will also de-throttle the engine for one second to get the driver’s attention. 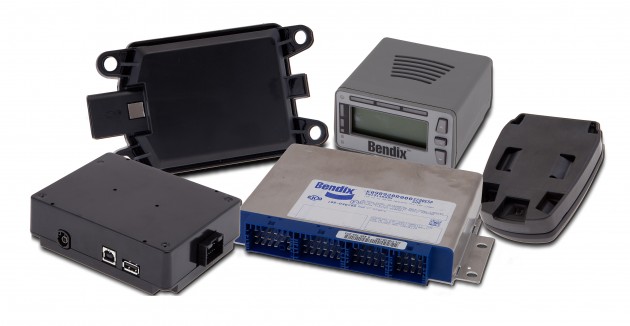 It will also capture 10 seconds of video – five from before and after the threshold was crossed – and will transmit that to the fleet manager. A total of 20 seconds are captured and available if the fleet manager wishes to access the complete video, but only 10 seconds is transmitted to reduce data requirements.

Another new feature offered on Wingman Fusion is Alert Prioritization, which in the event multiple warnings are being generated, will determine which of them is the most urgent and issue only that one.

Bendix officials speaking at the Mid-America Trucking Show said Wingman Fusion will provide up to 3.5 seconds of notice to a driver before an impact occurs. This is particularly useful when the truck is coming upon stopped traffic and is in danger of a rear-end collision. Wingman Fusion will provide audible alerts and if necessary, apply the brakes to reduce the severity of the collision or prevent it altogether, the company claims.

“Wingman Fusion represents a pioneering technological stride that is far more than simply the collection of its parts,” said Scott Burkhart, Bendix vice-president of sales, marketing, and business development. “It offers an all-inclusive, better-performing safety option for fleets, which is supported by a single, leading-edge manufacturer with an 85-year history of making roads safer.”

The system is available now to OEMs and Navistar was the first to announce its availability on the International ProStar.

“We’re committed to providing our customers with industry-leading technologies and bringing them to market quickly,” said Denny Mooney, Navistar senior vice-president, product development. “Being the first to introduce the Bendix Wingman Fusion to our heavy-duty line-up is an important step toward that goal.” 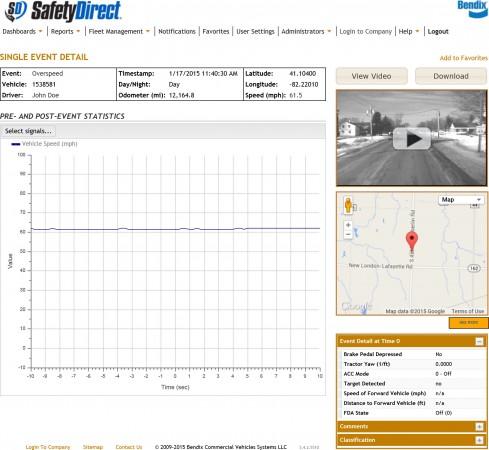