Nearly a month into the new year, trucking associations across Western Canada have shifted their focus to 2020, with the environment, industry image, and training all at the top of the priority lists.

Looking to build on past accomplishments, both Manitoba and B.C. point to trucking efficiency programs as a springboard moving forward, with greenhouse gas (GHG) emissions and subsequent environmental concerns at the forefront.

Terry Shaw, executive director of Manitoba Trucking Association (MTA), said though the near $12-million investment to help improve fuel efficiency in heavy-duty vehicles was a step in the right direction, there has been little movement since.

“Outside of the announcement, there has been no other public actions regarding this program,” said Shaw. “This is something the MTA has been working to see addressed.”

Further west in B.C., a similar program was announced in October – the Heavy-Duty Vehicle Efficiency Program – a partnership between the B.C. Trucking Association (BCTA) and the provincial government.

“BCTA has been advocating for some form of incentive to assist the industry in adopting fuel-efficiency equipment longer term, including when the carbon tax was implemented years ago,” said Dave Earle, president and CEO of the BCTA. “It made more sense to us, in terms of reducing emissions, to acknowledge that trucking is a necessary industry and to consider how to assist us in adopting equipment or practices to reduce the impact of road transportation on the environment.”

The program is available to carriers of all sizes and sectors, and not solely to association members.

Earle said in addition to helping to curb GHG emissions from trucks, B.C.’s commitment to developing and eventual implementation of a mandatory entry-level training (MELT) program is another key accomplishment of the past year.

In December, the Saskatchewan Trucking Association (STA) began a mission to change the public’s perception of the industry with its We Are Trucking campaign.

With one of the goals of the campaign being to entice more workers into an industry in desperate need of drivers, STA executive director Susan Ewart said the establishment of a solid relationship with Immigration and Career Training and Saskatchewan’s Labour Market Services (LMS) branch was key.

Ewart said the relationship will help launch a voice for trucking in the province, highlight the driver shortage, and discover new ways to change the overall image of the industry.

“The LMS office has made trucking a priority for our province and we have been working closely together to create long term strategies and possible development of new programs to bring to underrepresented groups in the Province of Saskatchewan,” said Ewart.

With an eye on improving road safety, the Alberta Motor Transport Association (AMTA) has developed several training programs to give industry professionals the added skills they need to be successful.

Also recently rolled out was the Aggregate Hauling Equipment Training Course, which is free to drivers up to this coming fall.

“(The course) introduces drivers to different types of aggregate hauling equipment and safety practices for operating, loading, and unloading,” said Chris Nash, president of the AMTA. 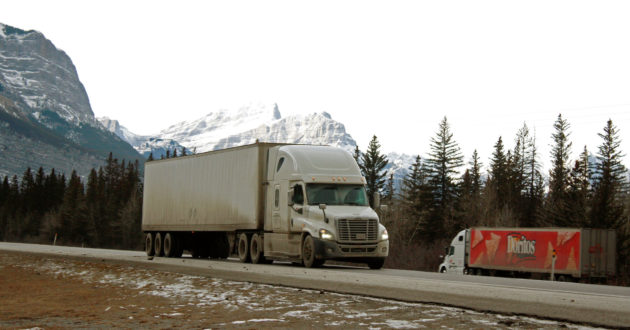 For every success there is an opportunity lost, and 2019 had its fair share for western associations.

In Alberta, Nash said the need to have wide-base single tires approved by all municipalities in the province remains a priority, while in B.C., the government’s lack of engagement with the BCTA on important industry issues is a concern for Earle.

Following the release of the province’s Auditor General report, Earle said despite numerous attempts to offer assistance, the BCTA had essentially been cut out of the engagement process, being told they would hear from the government “when they are ready to share” a plan of action.

Maintaining an unshakable positive outlook, Ewart said she doesn’t believe there is ever a missed opportunity, and the STA’s focus in 2020 will be on issues around infrastructure, HoS regulations, and the upcoming ELD mandate.

Shaw said the MTA will look to build further on heavy-duty vehicle efficiency in 2020 with the province’s Transportation Electrification Strategy.

“The MTA welcomed this news, as our members have been pushing us to secure provincial support for a heavy-duty vehicle electrification project,” said Shaw, identifying agriculture and transportation as the two meaningful sectors for the reduction of GHG emissions. “Trucking is obviously a part of that emissions profile. Our members are progressive, so they have long acknowledged that diesel efficiency opportunities are important, but with the work done there, historically, there is low-hanging fruit.”

In addition to the move toward electric, Shaw said the MTA will continue to push for a better driver recruitment strategy and look for the province to make permanent its pre-employment training funding, which is currently on a pilot project basis.

Rest stops, ELDs, hours of service, and image all top the list of priorities for the STA, while in Alberta, Nash agrees that addressing the driver shortage will be important in 2020.

Safety will be the focus for the BCTA in 2020, with Earle saying speed limiters for commercial carriers set at 105 km/h on the same schedule as ELD requirements will be a priority.

Earle would also like to see National Safety Code carrier profiles publicly available online, as well as improvements to its audit process.

MELT, and the BCTA’s continued involvement in the process is also a 2020 goal, as is continuing with the CleanBC Heavy-duty Vehicle Efficiency program, which is dependent on how many carriers take advantage of the opportunity.