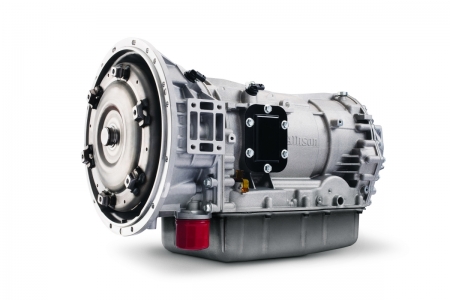 The new nine-speed transmission has a deep first gear ratio, includes an integral engine stop-start system, and is scheduled to be released in time for the U.S. Environmental Protection Agency’s Phase 2 Greenhouse Gas emissions standards.

“This nine-speed product launch represents the first in a number of new products which will demonstrate Allison’s ongoing commitment to addressing the global challenge of improved fuel efficiency and reduced greenhouse gases,” said Randy Kirk, senior vice president -product engineering and product teams. The new nine-speed will reach up to 7% greater fuel efficiency than the base six-speed model, he added.

“Customers can also expect up to 10% greater (fuel economy) or more when compared to a competing transmission.”

The new transmission marks the first of its kind for the medium-duty market and is ideal for Classes 3-7, specifically distribution trucks, rental and lease trucks, and buses, Kirk said. With the new transmission, drivers can also look forward to better comfort due to smaller steps, a smoother start, and improved acceleration, Allison says.