In other words, a domestic intermodal container equipped with the Vector 1550 can accommodate an extra row of pallets, resulting in cube loads that are normally associated with 53-foot over-the-road trailers. 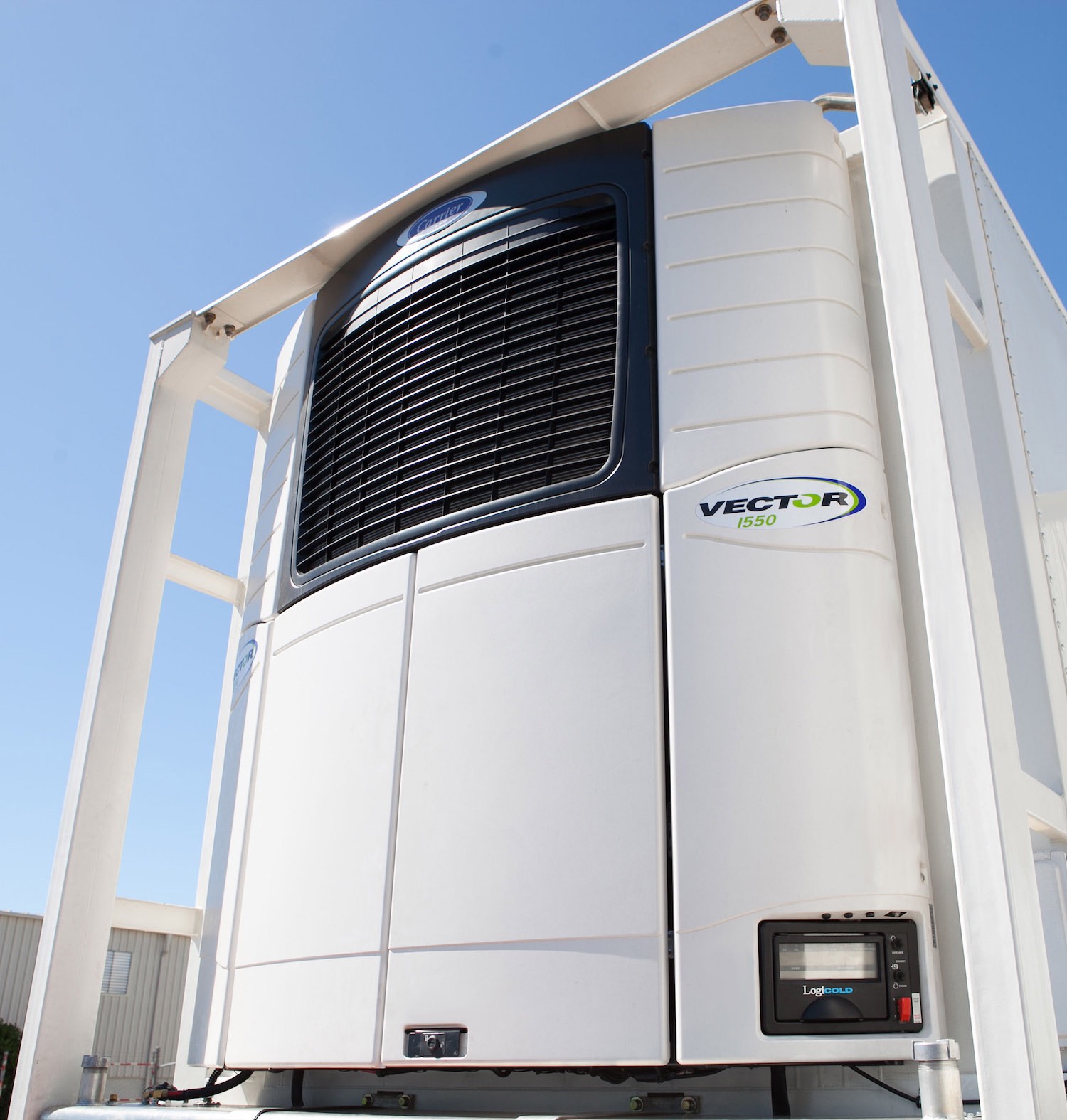 Efficiency has hardly been sacrificed. The Vector 1550’s lower engine run speeds produce as much as 27% more cooling per hour per rpm, Carrier Transicold says.

The unit leverages E-Drive technology, which features a high-output generator that’s directly coupled to a diesel engine to power an all-electric refrigeration system. Intelligent controls will automatically turn individual components like compressors and fans on and off when needed. That, the company says, leads to fewer running hours, extending component life.

An integrated electric standby enables the unit to be plugged into a power source when parked, eliminating emissions and noise while still delivering the unit’s full rated refrigeration capacity.

The vector 1550 can be coupled with Carrier Transicold’s eSolutions telematics system, too.