JERSEY CITY, N.J. — CargoNet has reported cargo theft incidents dropped from 1,098 in 2013 to 844 in 2014, however the average load value continues to increase. 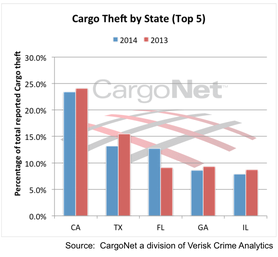 Cargo was most often stolen from warehouse locations, often as a result of fraudulent pickups. Truck stops were the next most common location for thefts, with Georgia truck stops leading the way (26).

Electronics losses continued to be the most costly for the industry, representing $42 million in thefts.

CargoNet is predicting to see more than 200 thefts in the first quarter of this year. So far, more than 120 incidents have been reported to its Command Center. Nearly 10% of those were high-value loads in excess of $500,000.

Often these thefts are carried out by organized cargo theft syndicates, which stalk the shipments from point of origin, CargoNet claims. They may track a vehicle for hundreds of miles, waiting for a driver to leave the load unattended. 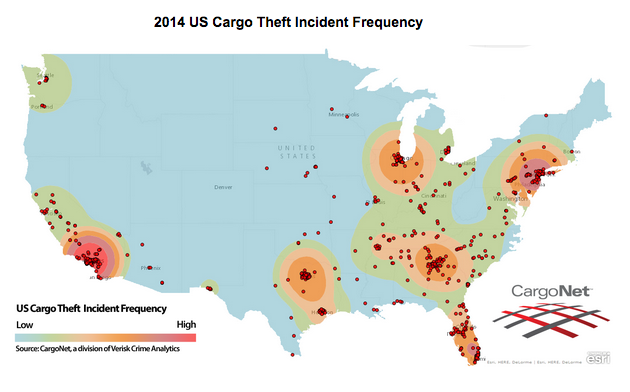