Cargo theft remains one of the greatest challenges facing the trucking industry, and waiting for the cops to put a stop to it simply isn’t an option.

That was the message from Todd Moore, vice-president of cargo theft and specialty risk with ISB Global, when speaking during a Private Motor Truck Council of Canada webinar Jan. 19.

“The police aren’t going to fix the problem for us,” Moore said. “It’s an industry problem and the trucking industry has to take the ball and run with it.”

Police, facing resource limitations of their own, view cargo crime as a low priority “victimless” crime.

“A property crime doesn’t get the same attention as violent crime,” Moore said. However, he added cargo theft is far from a victimless crime, as it’s generally carried out by organized crime groups who parlay the proceeds into other, more lucrative rackets such as drug trafficking. A stolen load valued at $90,000 can easily be used as seed money to generate $600,000 or $700,000 in street drug profits, Moore explained.

The Greater Toronto Area remains a hotbed for cargo crime. In 2018, Canada had more stolen loads than the entire U.S., with Peel Region accounting for more than half of the 621 thefts worth a combined $52.7 million. Cargo thefts tripled in Canada from 2015 to 2018, before pulling back in 2019. But Moore expects thefts will continue to rise, and noted cargo thieves are becoming more sophisticated.

But there are things fleets can do to protect themselves. The most effective deterrent is GPS trailer tracking. “All the bad guys know most trailers don’t have GPS,” said Moore. “The number one thing, if you want to mitigate cargo theft, is to put GPS devices on your trailers.”

That comes at a cost, but Moore said current offerings can provide more than just location data, providing a return on investment through better utilization.

Many crimes originate from inside the business, so all employees who handle cargo should be vetted through a criminal check, Moore advised. He cited a U.S. study that found most inside jobs originated at the supervisory level of the distribution center.

“Do your due diligence and do not only screen drivers, but everyone involved in the supply chain,” Moore suggested.

He also said fleets should tap into emerging technologies like artificial intelligence and interactive remote video monitoring to keep their facilities secure.

“Get away from the security guard mentality,” he urged. “Cameras and AI don’t lie.”

Internet-of-Things sensors can also be valuable, by providing alerts when someone tries to compromise a trailer or pilfer a partial load. Moore anticipates more fleets will begin equipping their trailers themselves with cameras capable of motion sensing and night vision, with alerts sent in real-time in the event of an event.

But all those alerts are only useful if properly monitored, Moore added. “It’s great to have GPS but if you’re not reacting to an alert as it comes in, it’s useless.”

Since time is of the essence when responding to a theft, Moore also advised fleets to have an incident management plan in place so someone knows exactly what to do and who to contact. All these measures take time, money and effort to implement, but Moore said it’s better to do so ahead of time than after losing a load.

“People know what they have to do, but a lot of people are not going to implement those security measures until they’ve had a loss,” he said. “We have to reverse that mindset and be proactive rather than reactive.” 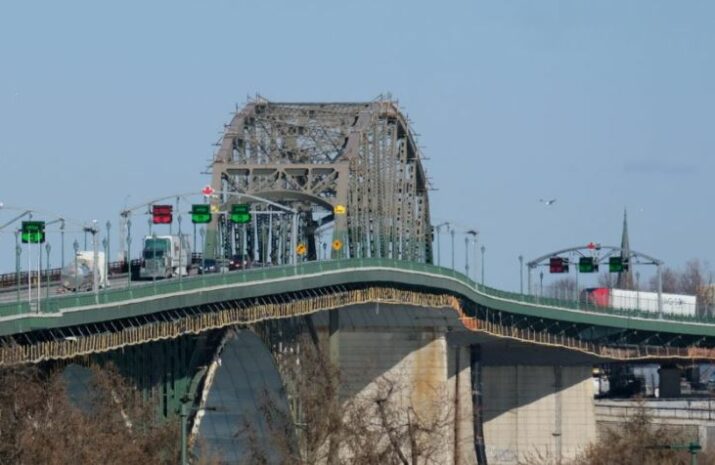