The Paccar Innovation Center sits in a quiet California neighborhood in the heart of Silicon Valley within a stone’s throw of the some the biggest names in automotive design and tech. And it’s here, where Paccar engineers work to find, perfect and integrate the latest technologies into both Kenworth and Peterbilt trucks that Kenworth choose to showcase its latest developments on the zero-emissions vehicle (ZEV) front.

On hand for the test drive was a medium-duty K270 battery-electric Class 6 cabover, as well as Kenworth’s flagship ZEV model, the all-electric T680. Also waiting in the wings was a T680FCEV hydrogen fuel cell Class 8 tractor developed in partnership with Toyota.

All three trucks were impressive in their own right and give clear insight as to where Kenworth stands currently with its ZEV product line, as well as where the OEM is headed in the near future.

My first test drive of the morning was in the T680E. As with all of Kenworth ZEV models, from the outside, there’s nothing noticeable about the truck identifying it as a ‘green’ vehicle — apart from the marketing logos on the tractor and trailer. But aside from that, it just looks like a regular T680 — even to a seasoned observer.

The same holds true when you climb up in the cab and settle in behind the steering wheel. Nothing seems out of place or unusual as you scan the instrument cluster and dash display. There’s a key to start the truck – but you don’t turn it all the way and crank it as you do on a conventional diesel truck. You simply turn it to the “On” position and wait a heartbeat while all the vehicle systems boot up. When a green icon light next to the trip odometer flashed on, you know you’re ready to go. At that point, you twist the column-mounted transmission control knob to “D,” release the brakes and step on the throttle.

My test model T680E was loaded to 67,000 lbs. But even with that load in the trailer, acceleration from the Meritor e-powertrain was immediate, crisp and powerful. The truck accelerates both quickly and smoothly without any gear shifts at all. It’s not an understatement to say the T680E’s performance from a dead stop is truly impressive. The e-drivetrain churns out an impressive 536 hp, after all with instantaneous response to throttle inputs.

Also impressive is the truck’s regenerative braking system. This is set up in the exact same way a conventional engine brake is on a diesel truck, with three different power settings. I kept mine all the way down in the most aggressive setting and was deeply impressed by how quickly and efficiently it slowed the truck when I took my foot offer the accelerator pedal.

A regenerative brake system captures the kinetic energy generated by the truck’s forward momentum and flows it back into the battery system. In practical terms, the system puts vastly less wear on brake friction material. I wouldn’t be surprised to learn that some fleets running this truck with the most aggressive brake setting double their brake change intervals — the system works that well. Moreover, because all the kinetic energy is flowed back into the battery, it means that the truck’s advertised range of 150 miles (240 km) on a single battery charge is actually a highly fluid number that will depend greatly on the route being run. In many instances, with good, sensible route planning, it might be possible to extend that daily range significantly thanks to energy being put back into the battery by the regenerative brake system.

The most amazing aspect of driving the Kenworth T680E, though, is how unbelievably quiet the truck is inside the cab. There’s a little bit of noise coming from the electric motors mounted on the axles. But it’s very subtle whine – hardly noticeable at all. And certainly far less of an issue than even the quietest diesel truck on the market today.

Once you’re up and running, the T680E rides and drives very much like a conventional Class 8 tractor. Really, the only noticeable differences are the quietness of the ride and how crisply the truck responds when you add throttle. In all other aspects, there’s nothing out of the ordinary about the way it handles. If you like the way a T680 rides and handles in traffic, then you’re not going to be disappointed by the ZEV version of the truck – unless you’re just a huge fan of diesel engine powertrain noise.

My next test drive was the Kenworth T680FCEV. I was really looking forward to this one because it is the first hydrogen fuel cell truck I’ve had an opportunity to take for a drive.

Unlike the T680E, you there is a bit of a difference in outward appearance for the T680FCEV compared to conventional T680s. This is the form of an additional area added to the back of the cab — looking a bit like a small sleeper cab — where the hydrogen fuel tanks are housed.

Startup is exactly the same as in the T680E, and acceleration was once again crisp and authoritative as the truck gained speed. The T680FCEV isn’t quite as smooth as its all-electric brother, however, thanks to a conventional, four-speed, automated transmission.

So, there were still very familiar shift points as the accelerated or slowed down. The regenerative braking system on the fuel truck isn’t as aggressive, either, because there’s no need to put energy back into the battery the way there is on the T680E. The truck does have a small battery onboard to “help out” by adding additional power to the drivetrain when needed (on a steep grade, for example). But because its power demands are much lower than on the all-electric T680E, a powerful regenerative braking system isn’t a priority.

Kenworth attributes this less aggressive regeneration on the fact the current iteration of the FCEV is still in prototype stage, and the battery size in the current trucks was chosen for particular routes the truck was expected to operate within. The truck maker says future versions are expected to have a slightly larger battery capacity for increased vehicle performance including regeneration comparable to other EVs.

The T680FCEV is also louder than the all-electric version of the truck. There’s a noticeable whine on the road emitted by various air pumps on the vehicle. But Kenworth engineers noted that this is a prototype truck and those pumps would obviously be muted considerably on a production version of the tractor.

Once again, however, the overall feel of the truck was very much that of a conventional T680FCEV in terms of comfort, safety and handling — absent the usual engine and powertrain noise. It accelerates very well, thanks to the 560 hp the powertrain cranks out. Kenworth says the truck can cruise for 300 miles (480 km) at 70 mph and only has a 15-minute refueling time when you need to replenish the hydrogen tanks.

Last up was the Class 5 K270E all-electric cabover truck with a box van body. This truck features a Dana electric powertrain that puts out 469 hp and has a daily, single-charge range of between 100 and 200 miles (160-320 km), depending on application.

As with the bigger trucks, starting the K270E is as simple as turning the key, waiting for all the onboard systems to boot up, releasing the parking brake and taking off. It is astonishing how quickly the truck accelerates compared to a conventional diesel K270. Moreover, that power curve remains consistent no matter how fast you’re going. If you’re cruising at 40 mph and need to get up to 60 mph in a hurry, that’s not going to be a problem for the K270E. The Dana drivetrain and system management software keep plenty of torque and horsepower on hand to meet any traffic situation imaginable.

Once again, the truck is whisper-quiet, both at low speeds and when cruising on highways. The usual engine noise and powertrain vibrations are simply nonexistent, which will pay dividends in terms of reduced driver fatigue and safety. Considering that these trucks will routinely operate in urban and last mile applications, their vastly quieter powertrains will greatly enhance situational awareness for drivers on busy city streets.

In all three instances, Kenworth has delivered fully capable zero-emission trucks that are ready to go to work today and can more than hold their own against both gasoline- and diesel-powered truck out on the road today. Kenworth engineers note that acquisition costs remain a stumbling block for some fleets. But, they also note that the market for zero-emissions trucks has changed dramatically over the past 12 months, saying that there is far more pull-through from shippers, fleets and corporations for these trucks now as the technology continues to prove that it is capable of performing on par with conventional diesel and gasoline powered trucks. 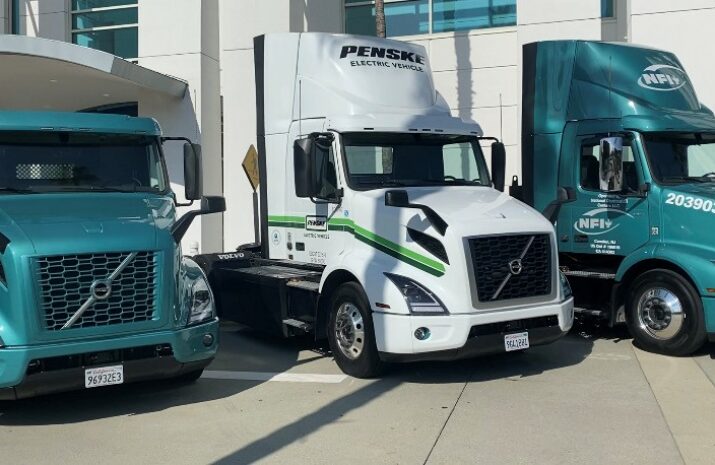 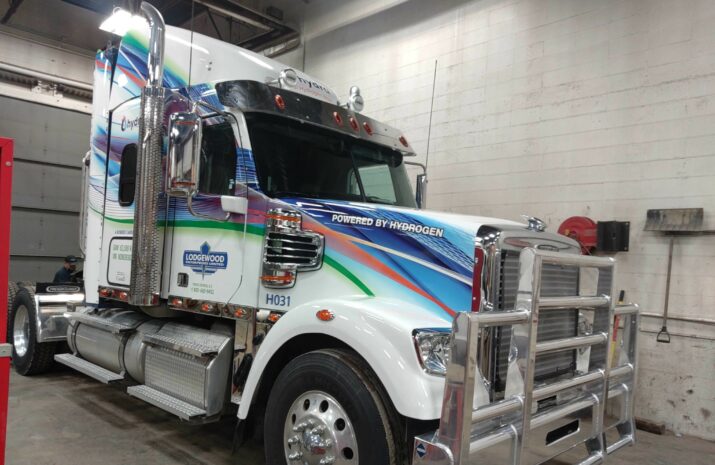 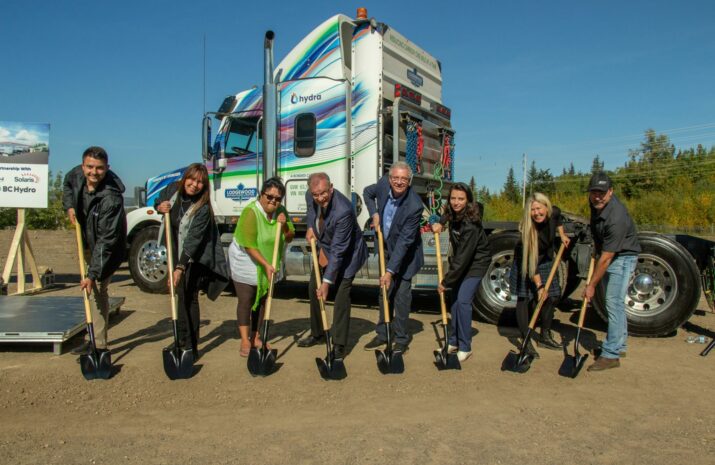