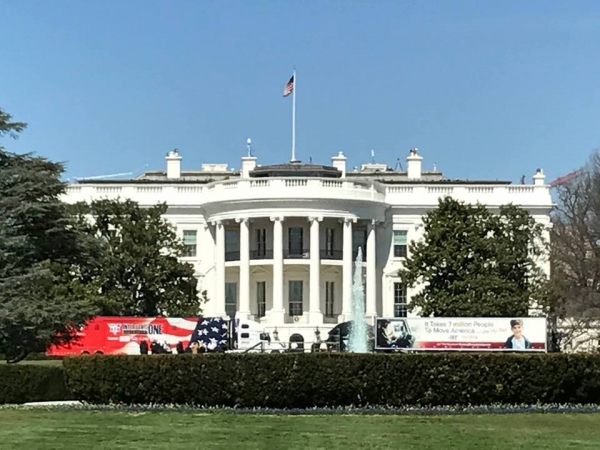 “Trucking is the backbone of the nation’s economy. We employ one in 16 people in the U.S. Driving a truck is the top job in 29 states,” said Chris Spear, ATA president and Chief Executive Officer. “Trucking moves 70% of the nation’s freight and 56% of GDP. To grow our economy, we need to take care of the people that move America forward.”

“The 7.3 million people who work in the trucking industry – of which 3.5 million are professional truck drivers – have a common thread – to be safe and dependable, and that requires a healthy professional behind the wheel,” added Kevin Burch, ATA Chairman and president of Jet Express. “We are here to tell you, Mr. President, that the trucking industry will support you as you work towards solving America’s healthcare challenges. In addition, we look forward to working with you on improving our workplace, which is our highways.”

The visit was before the Trump Administration withdrew legislation that would have repealed so-called Obamacare health insurance. It lacked the votes to pass legislation of its own.

ATA was also able to bring its Image Truck, Interstate One, and a trailer provided by Jet Express featuring the “Trucking Moves America Forward” imaging campaign, hauled by ATA’s Share the Road Truck.

“Truck drivers are in all 50 states – every single day. As a driver, we feel the weight of the numerous regulations placed on us, as well as our companies – and those that we serve,” said Logan, America’s Road Team Captain and a truck driver with FedEx Freight, from Eskridge, Kansas. “We proudly stand with you in your effort to improve the current healthcare law, making it easier for us to make a living and serve America.”

– This story has been updated to include a reference to the withdrawl of the Trump Administration’s proposed healthcare legislation.