June 15, 2014
Tie breakers and a rookie champ were just some of highlights of the wrap up to the regional rodeo.

CAMBRIDGE, Ont. – Between the tight races and the surprise winners, the results of the Central Ontario Division of the Ontario Truck Drivers Championships certainly proved that among the best drivers in the region, there really is very little to separate them in terms of skills and mastery of their vehicles.

After a day spent at in a parking lot at the Conestoga College’s Cambridge campus, the trophies are awards were presented at a ceremony and banquet held in Kitchener, Ontario. Until the evening’s events, the three dozen participating drivers had no idea how well they performed or who would be advanced to the Provincial finals of the Ontario Truck Driving Championships in Barrie, Ont. on July 12.

The first class run during the competition was the B-Train division, and it was also the first class of the day to produce a tied result. Peter Raschke representing Linamar Transportation Inc. won first, but originally there was a tie for second.

According to Donald R. Danbrook, one of the members of the Central Ontario organizing committee, “ties like this are a rarity when you are working with a 500 point system but it has happened on occasion.”

He said the procedure for resolving a tie is that “we start looking at the scores of individual obstacles beginning with Obstacle One. If still tied we go to Obstacle Two.”

As a result of that process, Wayne Burnett from Home Hardware Stores placed second and Hung Ta of Challenger Motor Freight came third. 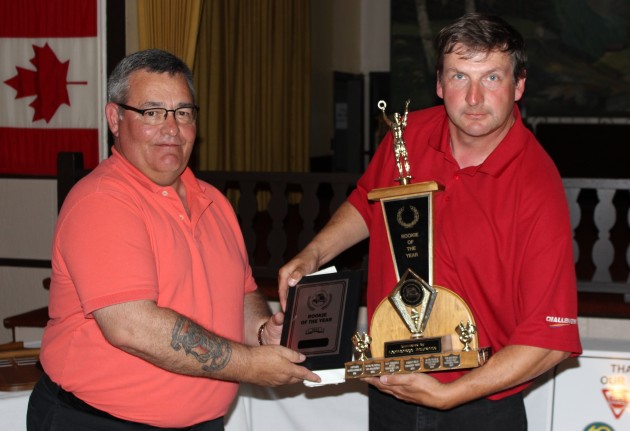 The Tandem-tandem class was second on the day’s agenda. With a total of 20 drivers, many of them rookies, the tandem-tandem class represented the largest group of the day. Before the event, trucknews.com had run profiles of some of the drivers participating in the championships and one of those drivers was Shawn Matheson from Home Hardware Stores Ltd. A past winner of the grand champion title at the National level, Shawn kept up his streak of successful results at the Regionals, ranking third and earning an opportunity to compete in the Provincial finals. Tom Griffiths, another driver representing Home Hardware came second. But the tandem-tandem class was another tight race, and Matheson and Griffiths don’t just share the same employer. They also shared the same score after the initial results were tabulated.

“Tom Griffiths and Shawn Matheson were tied for second,” said Danbrook. “At the first obstacle—the Right Turn—Tom scored higher and was declared the second-place winner.”

Derek Sumsion from Challenger Motor Freight won the Tandem-Tandem division. Although Sumsion is a veteran driver with over 20 years on the road, it was his first time competing in one of the Truck Driving Championships rodeos, which meant a rookie took the most competitive class of the day. 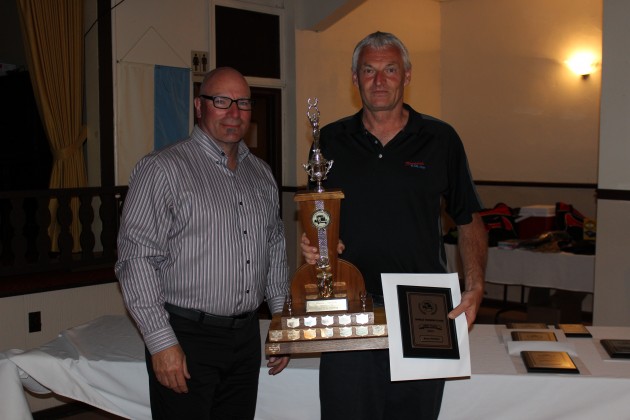 Clary Ward, another driver who has won on the national stage and who had been profiled by trucknews.com prior to Cambridge competition, competed in the single-single class. With a blazing fast run (in preparation for the Provincials, which include a time element when determining the winner of the obstacle course), Ward, who drivers for Con-Way Freight Canada, came home in first place. Second place went to Joe Kuntz, another driver with multiple Regional and Provincial wins, with third place belonging to Rick Dobie, also of Con-Way. 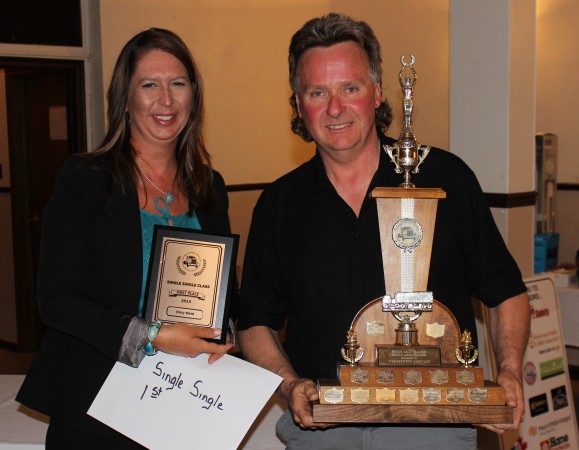 Stew Jutzi, who should also be familiar to trucknews.com readers after his pre-competition profile, was the only competitor in the straight truck category, so the title was his by default, but that didn’t dim his competitive spirit. Jutzi also won the safety award. In addition, Jutzi was under pressure no other driver faced during the competition: he had trucknews.com videographer Brad Ling in the passenger’s seat shooting his entire run.

With the division honours presented, the only awards left were the titles of rookie of the year, and grand champion, as well as the team award. Having won the large tandem-tandem class, Derek Sumsion had a good shot at claiming the rookie crown, although he told trucknews.com that he wasn’t counting on the victory, as there could have been a rookie who had performed well in one of the other classes. He didn’t have to worry about that, as Sumsion was the top first-time competitor.

Sumsion, however, wasn’t done collecting hardware. He scored high enough to win the top honours of the night and is the 2014 Central Ontario Truck Driving Championship’s grand champion. 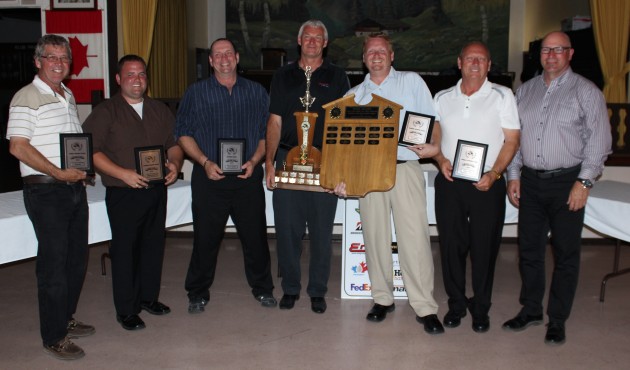 “I thought to myself, ‘come on guys, this is almost a little too much. It was a little embarrassing,’” Sumsion told trucknews.com.

“When I got home that night, I said, ‘I’m just asking this because I didn’t want to represent myself poorly, but did I seem too cocky?’ Because after that [the grand champions presentation], I started goofing around, and when they were presenting the team awards I turned to the guys at the table and said, ‘well you guys screwed that up for me,’ but we’re one big happy family and we goof around all day, and I knew nobody would really take that to heart.”

All of the top three finishers will compete in the Provincial finals of the Ontario Truck Driving Championships, and trucknews.com will also be in Barrie to report on the competition there. Until then keep watching for more coverage from the Regional qualifiers in Cambridge and Toronto.