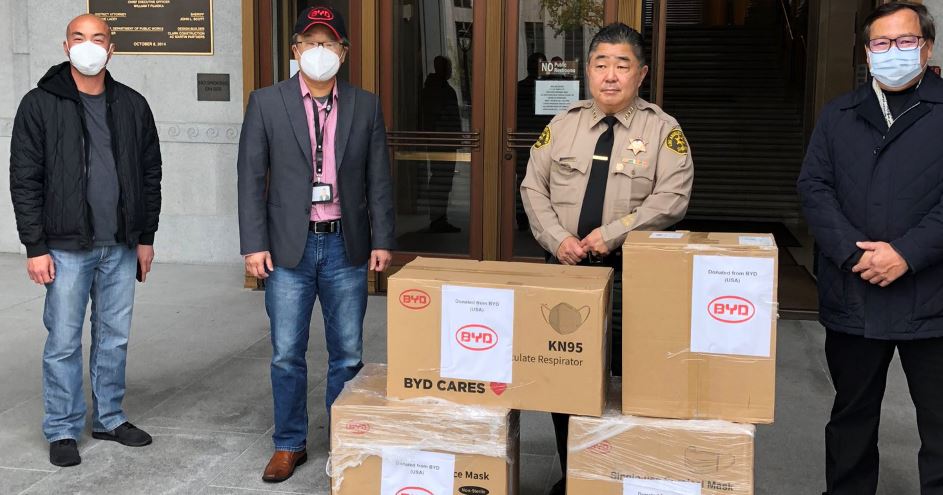 The supplies are arriving at various U.S. distributions centers to be closer to those locations where they are needed most, the company said.

They include surgical masks, protective devices as well as hand sanitizers.

“BYD wants to help those who are helping all of us and believe this is how we can do it best,” she said.

“We will get through this together.”