OTTAWA, Ont. – Canada has officially notified the U.S. and Mexico that it has ratified the Canada-U.S.-Mexico Agreement, setting the stage to replace the North American Free Trade Agreement (NAFTA) that’s been in place since 1994 – governing every truckload that travels across the border.

“The Canadian government will continue to work with the United States and Mexican governments to determine an ‘entry into force’ date that is mutually beneficial. We want to ensure the new NAFTA will support a strong economic recovery once we have put the Covid-19 pandemic behind us – which we will,” said Deputy Prime Minister Chrystia Freeland, referring to the Canada-U.S.-Mexico Agreement. 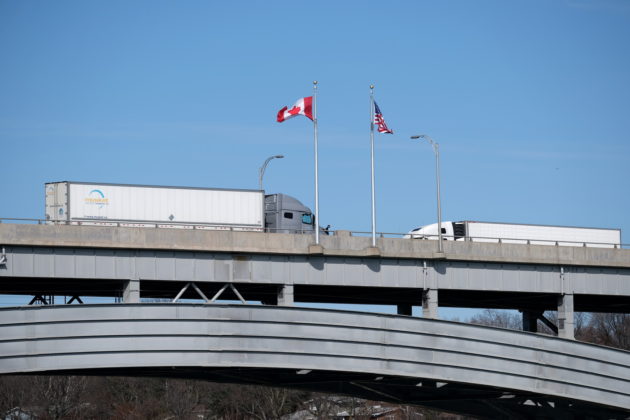 “Throughout the negotiations, we consulted with the provinces and territories. We engaged with Canadians from all walks of life, including labour organizations, Indigenous peoples, women, youth, and civil society at large to arrive at an agreement that works best for all of Canada. With this step, I am hopeful that the new NAFTA will enter into force later this year.”

The trade agreement will change rules for everything from cargo to the trucks that carry it.

Those shares are up from NAFTA limits that involved 60% of principal parts and 50% of complementary parts. And 70% of a vehicle producer’s annual steel and aluminum purchases will need to come from North America before a vehicle can be said to originate here.

But aftermarket replacement parts are not affected by the limits.

The process of negotiating a new deal was triggered in 2017, when U.S. President Donald Trump threatened to pull out of NAFTA and introduced a series of tariffs. The new deal was approved by the Mexican government and U.S. Senate last December.

Not everyone is in a rush for the new agreement to take hold, though.

A group of U.S. senators is looking for the trade agreement to be postponed against a backdrop of Covid-19.

Senators who are part of the U.S. Senate Finance Committee wrote U.S. Trade Representative Robert Lighthizer, raising concerns about whether businesses would be able to comply with the new rules while dealing with the pressures of Covid-19.