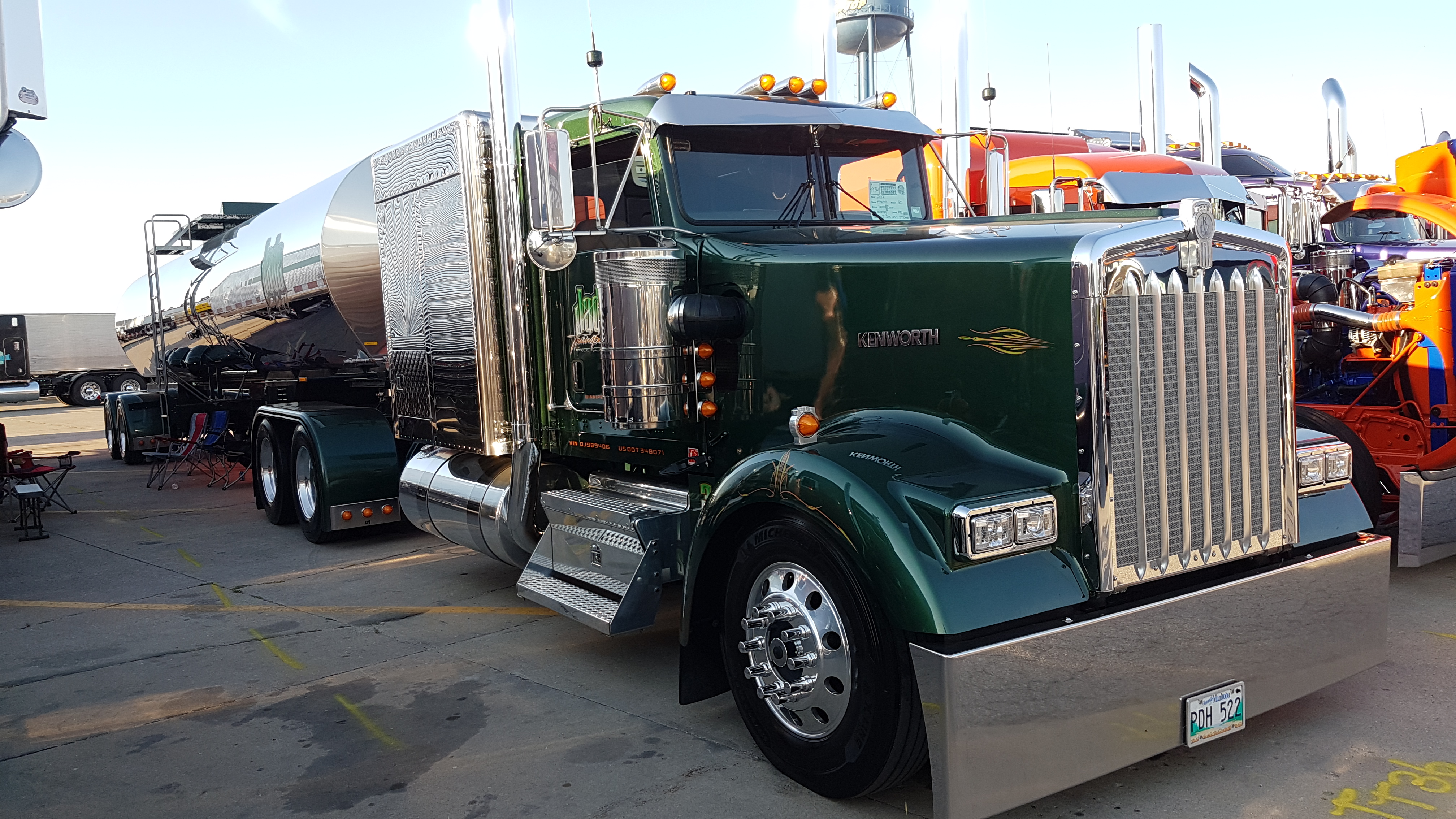 WALCOTT, Iowa – The TA in Walcott, Iowa – billed as the “world’s largest truck stop” – has been hosting its Truckers Jamboree since 1979, and this year 91 trucks participated in the annual Super Truck Beauty Contest.

Dennis Durand, a company driver for Winnipeg-based Jade Transport, brought the international flair. He was the lone Canadian entry.

His truck is a gleaming 2017 Kenworth with a custom-made stainless steel sleeper to match his stainless steel tanker. Powered by a 14-liter Detroit, this is a working unit that is a “beautiful outfit to drive,” says Durand. “Getting a thumbs up as I go down the road is what’s great.”

Even in these hectic days with lots of freight, Dennis still does shows wherever his boss sends him. “It’s not all about the trophies. It’s about meeting old friends, making new ones and having fun in our industry. The show is the trophy,” he says.

The observation was punctuated by the crowds around him, with groups joining together in the fun. One U.S. couple who saw he was from Winnipeg asked him about traveling to Manitoba and west to the Rockies. Dennis spent quite awhile telling them about all the great places along their route.

When asked which truck really stood out to him, antique, or show truck, Dennis paused, reflecting for several moments. “They’re all great”.

Heather DeBaillie has organized this show for longer than she cares to remember, but her enthusiasm is that of a person who still has a youthful passion for truckers, her staff and the industry.

“It is cool, it is exciting, and I love the people that I meet and I love the drivers. It’s a profession that people should be proud of,” she said. “Once this thing kicks off, it’s like, this is so awesome … It’s a reunion. It’s a parking lot party.”