The day included a supplier fair, a free BBQ lunch and a number of door prizes including a draw to win a Napoleon barbecue. The suppliers included in the fair included Truck-Lite, Cummins, Eaton, Meritor and Paccar. 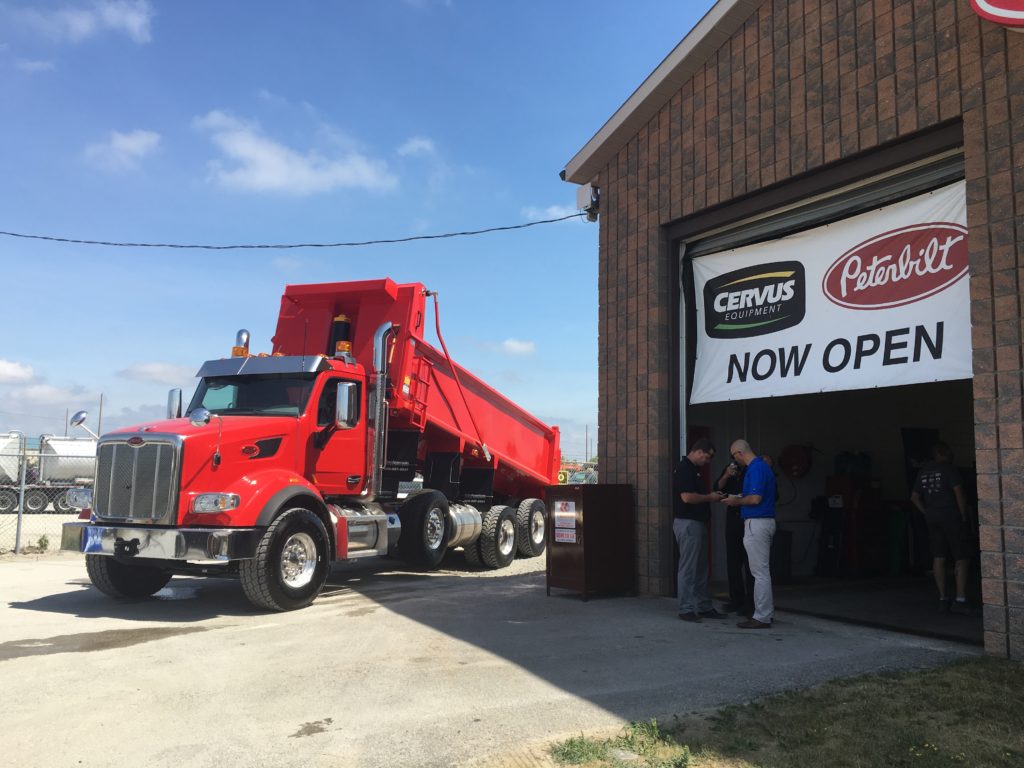 According to Matt Preston, operations manager for Cervus Equipment, the event’s purpose was threefold. First, it was to serve as a delayed grand opening for the new location which officially opened its doors in January 2016. It was also a customer appreciation event, where Cervus Peterbilt could remind customers how valued they are and what the company has to offer. And finally, the event served as a thank you to the hardworking Barrie staff.

“It’s like the grand opening but because of the weather we waited to do this in the summer months,” he explained. “This is our 12th location in Ontario, so the purpose (of today) is more or less advertise that we’re here. We’ve never been in Barrie before so we’re just trying to spread the word that we’re here and really we’re just trying to expand our network and to better support our customers so the more locations we add, the better we can serve everyone, especially those in the northern area. So it’s a customer appreciation event, but it’s also for the staff  too, that works here who have been working hard, so it’s a thank you for everyone.”