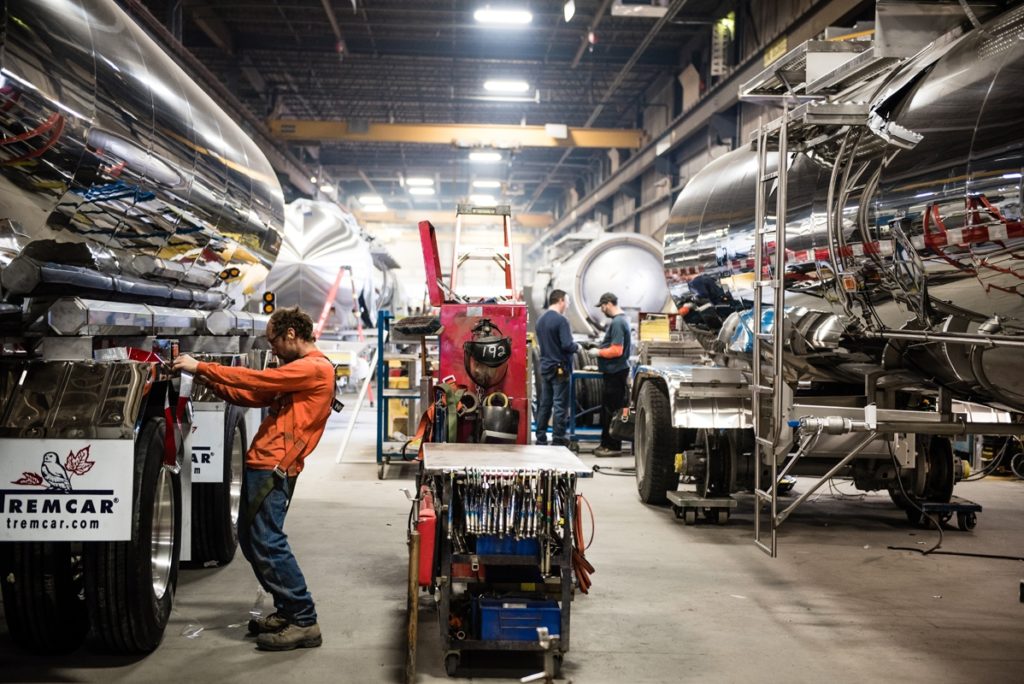 OAKVILLE, Ont. – The FRP tank trailers used to haul corrosive acid products are always a popular piece of equipment, but be prepared to wait if you want a new one.

“I have orders for 2021,” says Mike Trianos, director – fleet services and procurement at Transcourt Tank Leasing.

They aren’t the only bulk trailers to experience growing lead times. Equipment deliveries now require six months of advance notice or more, depending on related spec’s.

“The average is four to five months for a stainless unit, six months for dry bulk, six months for petroleum,” Trianos says. “There seems to be a seven-year cycle [in bulk trailer sales], and we’re now at the peak.”

The demand for dry bulk trailers will likely be flat into 2020 because of a waning demand for fracking trailers, he says. But the equipment used to haul cement now experiences build times that range between eight to 12 months, thanks to growing infrastructure investments. In the process, this has limited the availability of food-grade and plastics trailers, which are manufactured on the same production lines.

Trianos expects the demand for chemical trailers to grow 20% next year, with the biggest delays affecting highly customized specifications. “The North American chemical producers are starting to supply overseas, so there’s more demand,” he says, referring to the driving forces behind that demand. To compound matters, the commodities that they move are byproducts of the petroleum industry, which is also operating at a breakneck pace.

Anyone ordering the FRP trailers faces the added challenge of a limited number of manufacturers. “None of these manufacturers are big enough to build 20 a month,” he says.

Meanwhile, the lead time for petroleum tankers is hovering around six to eight months – typical of the levels experienced from one year to the next.

Crude oil trailers could be lining up for a surge in demand, though. Trianos says today’s eight-month waits could increase dramatically depending on the outcome of Alberta’s coming provincial election or any increase in crude prices beyond $65 per barrel.

“That’s the scary one,” he says, referring to similar indicators seen in 2007. At that time, the waiting list was more than two years long.

No matter which trailers are ordered, they’re likely coming at a higher price than last year. The costs for bulk trailers are up about 10% because of factors such as steel and aluminum tariffs, he said. “And there’s very little in the used market right now.”

Securing a trailer when you need it is increasingly a matter of planning ahead. Many asphalt haulers, for example, might be left scrambling as their season opens this April if they placed their orders in January.

“You should be ordering those in September,” Trianos says.