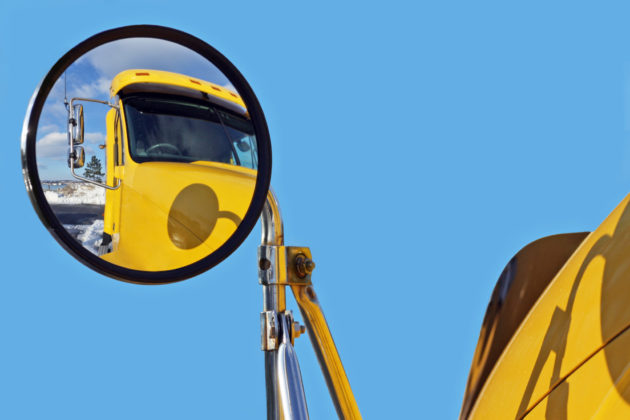 Collisions are expensive, but Adam Wolk, director of fleet maintenance for Challenger Motor Freight in Cambridge, Ont., thinks some of those costs can be mitigated by analyzing root causes.

“At the end of the day we track and categorize every collision. Some collisions are difficult to prevent like deer strikes or moose hits. But backing accidents are among the most common and almost always preventable,” he said.

Drivers who engage in unproductive behavior might be asked  to attend an upgrading seminar, but Wolk also posts the most recent incidents in a common area for all drivers to see. “Heightened awareness is what it’s about. We don’t include the name of the drivers because we don’t want to shame anyone,” said Wolk. “And we post the good stories like drivers that have achieved accident-free records. We also chart and incentivize the use of cruise control because fuel economy is key for us.

“We do sometimes see spikes in damages, but often there seems to be no rhyme or reason. Damages usually increase in the winter months. One thing we are hearing about in the industry, though not at Challenger, is the issue of trucks rolling away,” he said. “So we’re looking at installing an interior cab alarm that goes off if the driver’s door is opened and the parking brake isn’t set.”

A simple accessory like fender mirrors can be the answer for an identified increase in backing and sideswipe incidents.

But fender mirrors are useless unless they are set up correctly. Kevin Brown, safety manager for Titanium Transportation Services in Bolton, Ont., explains: “Part of our orientation is to spend time with a driver and explain what those mirrors were designed to do. I take a jug of windshield washer and set it beside the steering tire, about a foot away. If you can’t see the jug then, those mirrors aren’t doing their job.”

Collision avoidance and lane departure guidance systems are becoming more prevalent in the industry, too. Rick Geller, director of safety and risk management for SCM in Winnipeg, cites the case of a fleet owner unknowingly receiving a batch of new trucks that the dealer had bundled with the Bendix Wingman system.

“The owner didn’t know his trucks had the system until his drivers told him. Ironically, that same company had been having problems with rear-end crashes,” said Geller. “After they started getting the new trucks, those crashes disappeared. But again, when those trucks miled out, the next batch of trucks didn’t have the Wingman system, and they started getting crashes again.”

At Challenger, spec’ing the trucks with state-of-the-art avoidance systems only makes sense, according to Wolk. “Time and again data has shown that every driver, even the best drivers, have long moments of inattention. Unfortunately those moments, if they happen at the wrong time, can be catastrophic. Adding collision and  lane departure systems adds that extra level of safety for our drivers.”

However, Geller believes an over-reliance on technology is causing an uptick in sideswipe and tail-end collisions.

“Drivers with blind-spot monitoring are using the light on the mirror to tell them when to pull back into a lane, sometimes when it’s not safe. Rather than judging the distance for themselves, they start depending on the technology to tell them how to drive,” he said.

“Don’t get me wrong,” Geller added.  “I’m a big proponent of technology and automatic braking systems. We’ve had some horrible crashes on [Ontario Highway] 401 in the last few years that could have at least been minimized by one of these systems. But some carriers have it in their heads that they can use technology to make up for a lack of training or experience. But the real issue is, how much training are they giving the driver on the new systems?

“Ideally, they should be given an opportunity to play with the device to show them what it will and won’t do — not just an online tutorial. My position is that the driver is the captain of the ship and the technologies are there to prevent egregious errors. I’m in favor of technology that helps the driver. We have to show them that we’re not trying to limit their abilities, but rather enhance them.”

But when it comes to monitoring driver behavior via telematics, Geller says that accessing too much information may lead to an over-abundance of collectible data, what he calls analysis paralysis. “Fleet managers may be tracking too many data points and not know how to read them. From my perspective, carriers tend to rely too much on speeding notifications and hard braking. (But) It’s the hard lateral moves that they should be focusing attention on, those guys who are lane hopping,” he said. “In some instances, a hard braking incident can be a good thing.”

Geller has also seen carriers increasing the over-speed threshold after receiving too many “nuisance” notifications. “Somebody has to deal with those reports, and they don’t have an infrastructure in place to manage it before they start getting them. If they get too many exception reports, the tendency is to adjust the threshold higher to lower the number of reports. There comes a time, from a liability standpoint, that you might as well just turn the thing off.”

Scott Creighton, director for risk services transportation and logistics for Northbridge Insurance, says  larger fleets are more apt to have a third party to help them interpret telematics data. “Most carriers start with the best of intentions. There is so much data and so many data points that you really need someone full time unless you have a telematics provider doing it for you.”

In many cases, Geller thinks safety managers should be able to spot a problematic employee or contractor before he or she encounters difficulties. Years ago Geller compiled a “crash-likelihood” profile that he says was almost 80% accurate in predicting which drivers were going to be involved in a collision in the next 12 months. He compiled stats on things like speeding, moving violations, and minor incidents. Items that should be red flags for safety managers who should be considering making an intervention.

“Lord love this industry, but many carriers don’t do anything until something happens,” he said.

Northbridge’s Creighton suggests that his company is uniquely positioned to help carriers formulate a plan to address driver misbehavior. “We rely on a network of risk assessment consultants across the country assigned to specific fleets, to provide ongoing consultation based on the customer’s service plan,” he said.

“They present our best practices profile based on some benchmarks we’ve come up with, and supply them with some of the areas they can improve on. We would say if a driver has had so many violations, you should probably do some intervention if you haven’t done so already. And this doesn’t mean you shouldn’t necessarily hire a high-risk driver. Just have a plan in place to monitor and have some interventions in place.”

Creighton believes pulling abstracts and monitoring telematics are good strategies for safety managers. “But it is what you do with the data that is the important next step.

“Refresher training courses should be offered every two years, and this should be more than just a classroom session or an online experience,” he said. “It’s important that they are able to get behind the wheel in the afternoon so that they can put into effect the things they learned that morning.”