June 21, 2012
KING CITY, Ont. -- The Private Motor Truck Council of Canada (PMTC) has inducted four drivers into its Hall of Fame during its annual conference in King City yesterday. 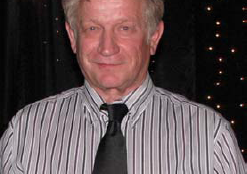 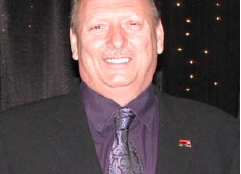 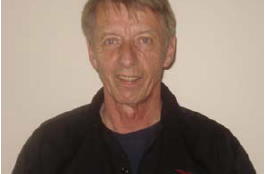 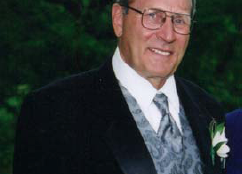 KING CITY, Ont. — The Private Motor Truck Council of Canada (PMTC) has inducted four drivers into its Hall of Fame during its annual conference in King City yesterday.

The Hall of Fame – found online at www.pmtc.ca –is sponsored by Huron Services Group and recognizes superior over the road performance by drivers whose companies are members of the PMTC.

“There are many professional commercial truck drivers in Canada and their skills are evident to all road users. These professionals compile safe driving records that are beyond amazing, considering all the adverse conditions they face every day,” said PMTC president Bruce Richards. “But it is only a select few that match the caliber of the drivers in the PMTC-Huron Services Group Hall of Fame. The industry salutes these individuals and we are pleased to honour them today.”

The first driver inducted was Paul Boshart of Home Hardware Stores. Hired by the company’s founder in 1971, Boshart has crisscrossed Canada during his career, making store deliveries from Vancouver Island to Labrador City, Nfld. This year, Boshart was recognized by the Infrastructure Health and Safety Association for 30 years of safe driving, during which he accumulated an estimated five million miles. Apart from a stellar career as a driver, Boshart can also add the “hero” notch on his belt, having once pulled a carload of teenagers out of their rolled over vehicle just before it burst into flames.

Bill Wolfe of Maple Leaf Foods has driven for more than 30 years and two million miles without an accident during his career. Wolfe has also participated in Regional, Provincial and National truck driving championships since 1991. In those competitions, he has finished first on 16 occasions and won the Canadian Nationals in 1996. Wolfe’s supervisors describe him as having a positive attitude and dedicated to doing things right.

Mike Sawicki has been with Cardinal Health Canada for close to 30 years and has accumulated more than five million kilometers behind the wheel with an “impeccable” driver’s abstract. His supervisors describe him as a professional whose commitment to safety has been proven over and over again. Sawicki is a health and safety representative for the company’s drivers and is quick to spot unsafe conditions and offer suggestions to resolve them.

Maurice Belot, a driver with Advantage Personnel on the Tru Serv/Rona of Canada account, has driven transport trucks for more than 35 years and has been accident-free for 20. During that time, he has driven more than four million miles. Belot’s duties see him delivering to stores in Manitoba, Saskatchewan, and Alberta. Over his time as a driver he has received many letters of appreciation from the stores that he services. His fellow drivers consider him to be a leader, and he makes himself available to mentor new drivers and help them through orientation periods.