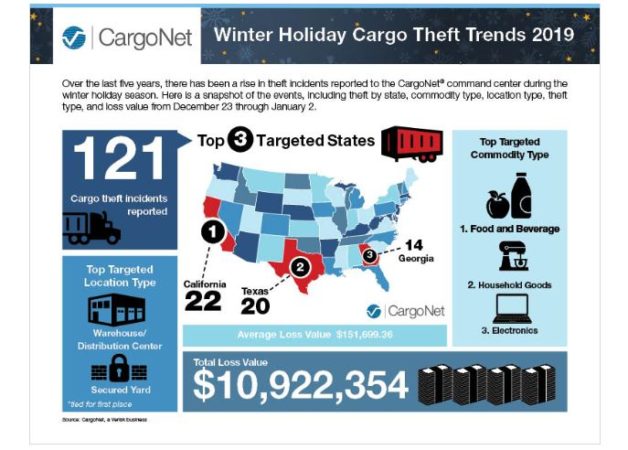 It said data from 2014 to 2018 showed a rise in cargo thefts during the Christmas-new year period.

“The upcoming holidays follow a particularly busy November, in which CargoNet recorded a 14% increase in reported incidents over the previous month,” CargoNet said.

It said there were 121 reported cargo thefts in the five-year analysis, and Jan. 1 and Dec. 24 were the busiest days.

“CargoNet estimates that $151,699 in freight was stolen per event, making the total estimated value of all thefts in the analysis $10.9 million.” 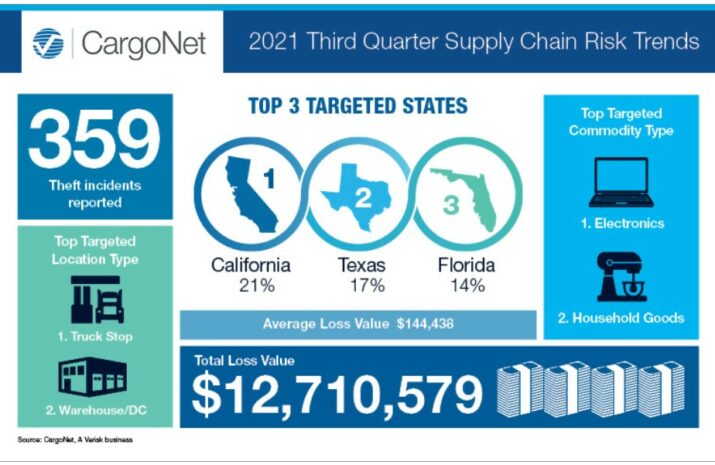 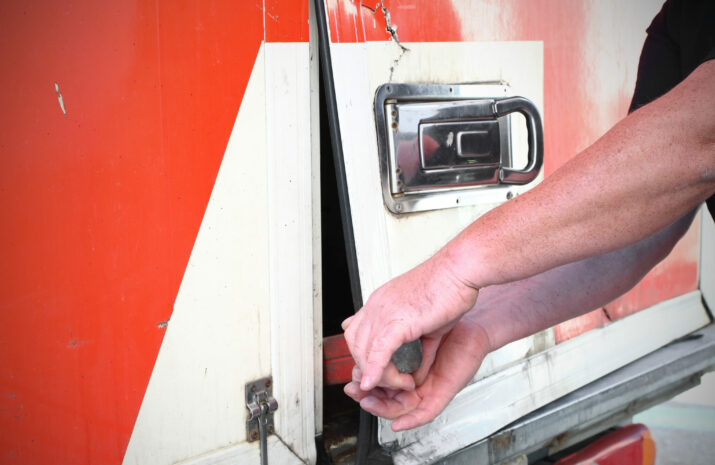 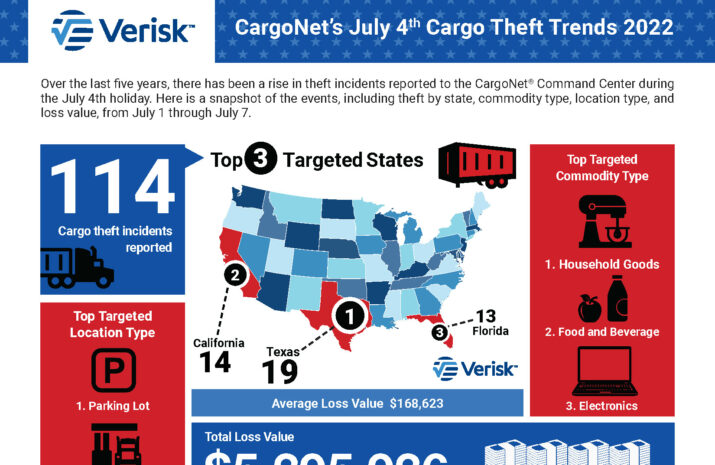