TORONTO, Ont. — Canada’s trucking industry appears to be bullish about the state of the economy this year, findings of the monthly Today’s Trucking Pulse Survey show.

Still, people remain aware about potential threats. The driver shortage was cited by 33% of respondents as the top economic threat for their businesses. NAFTA negotiations held the second spot at 16%, although the survey was conducted before the USMCA deal was secured. The general state of Canada’s economy was identified by 13% of respondents as the biggest economic threat to their businesses.

About 44% of those who were surveyed expect rates to increase next year, and 42% expect them to remain steady. 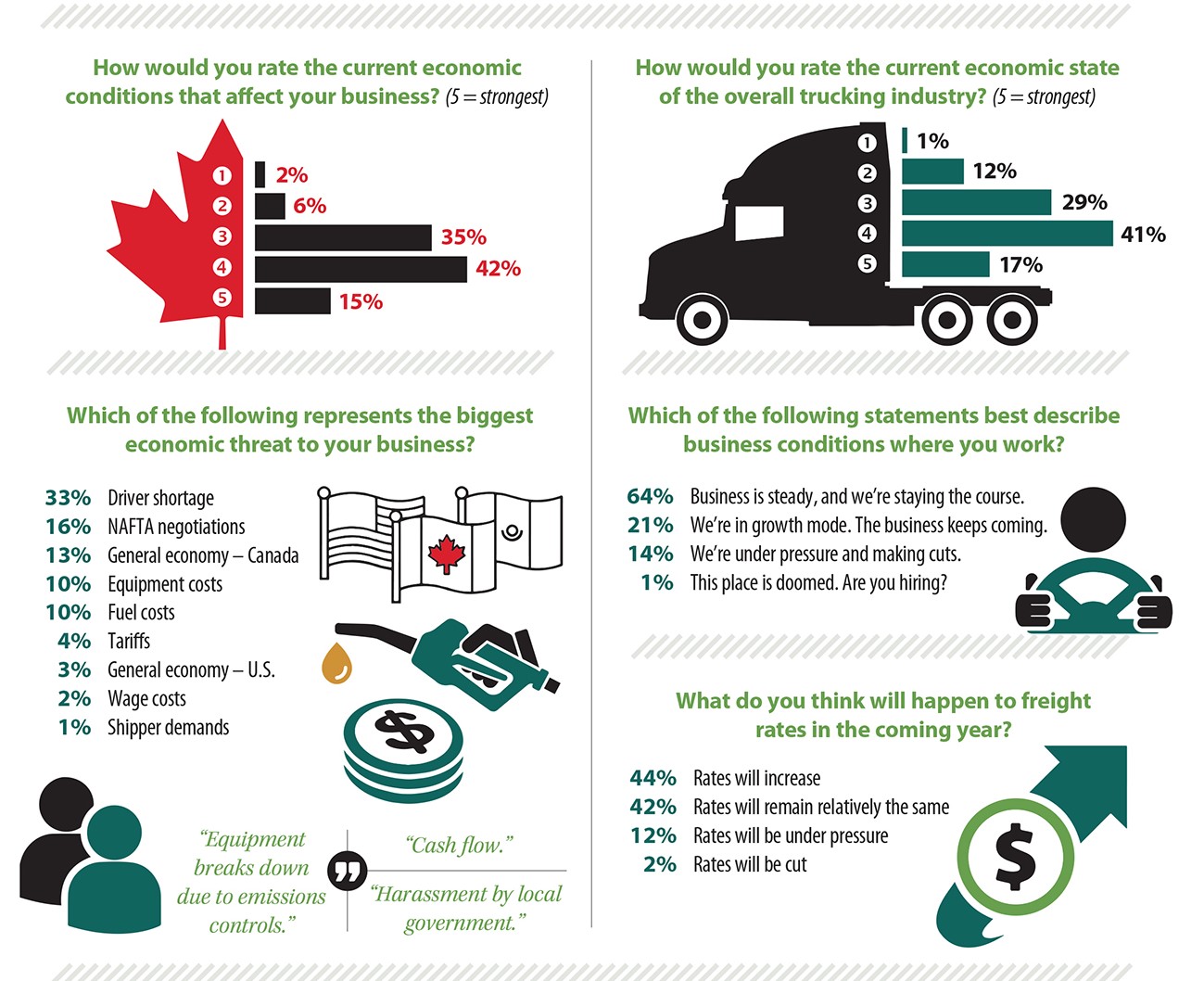