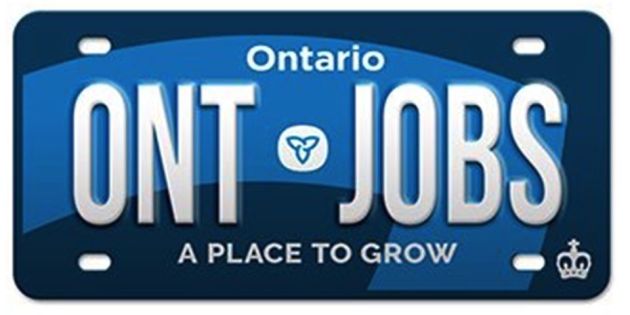 TORONTO, Ont. – Ontario licence plates will carry new messages as of Feb. 1, with slogans proclaiming the province is “Open for Business” and also “A Place to Grow”.

The Open for Business tagline applies to commercial plates. The passenger vehicle tagline was drawn from lyrics in a provincial anthem that debuted at Expo ’67.

Licence plates and driver’s licences alike are being redesigned to incorporate an updated trillium logo.

The changes are meant to be more than skin deep, too. The new plates will use high-definition sheeting that is stronger, brighter, and longer-lasting than existing versions, the province says.

The province’s licence plates were last redesigned in 1982.