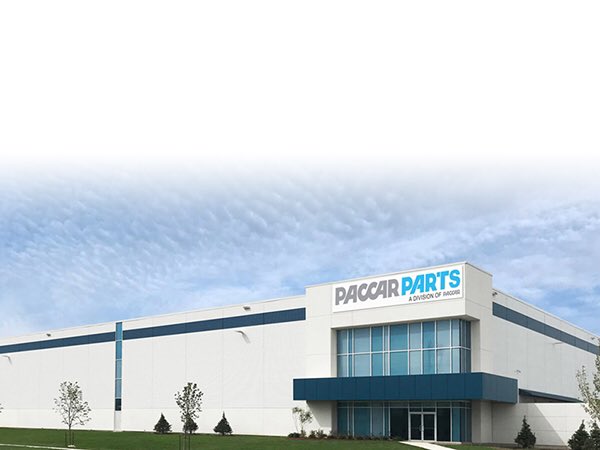 MISSISSAUGA, Ont. — Paccar Parts celebrated the opening of its new Toronto-area distribution center on March 20 with an event for 250 dealers, customers and suppliers.

The 160,000-square-foot facility is in Mississauga, Ont., situated at the confluence of highways 401 and 407, the Greater Toronto Area’s major arterial routes. From this new location Paccar Parts will serve 65 dealers and TRP stores (the company’s parts stores) in Eastern Canada, and will also be tapped to serve dealers in the northeastern U.S., taking pressure off the company’s busiest distribution center, located in Pennsylvania.

As the newest of 18 company distribution centers around the globe, the Mississauga facility is touted as the company’s current benchmark. With a staff of only 17 full-time employees it has a 99.2% order accuracy, while fulfilling 2,100 customer orders every day.

“Supply chain excellence is our strategic advantage. Increased capacity and product breadth in Toronto will improve service times to the Canadian market with higher order fulfillment through the Toronto PDC [parts distribution center].”

The Mississauga facility opened for business in October 2018, filling a need for better capacity. The number of parts stocked in the GTA has increased 72% since 2009, and had outgrown the old regional DC in Brampton. Tom Floyd, senior director of operations for Paccar Parts, said large parts had been farmed out to various locations, making order fulfillment complex and awkward.

As a result the company decided in 2017 to spend $34 million in developing the new distribution center. In addition to 160,000 sq-ft of floor space it has a 15,000 sq-ft mezzanine and 8,500 sq-ft of office space. Although it boasts three times the storage capacity of the previous distribution center, it was designed with room for expansion, with a 15-year time horizon, Danforth said.

For now it has 38,000 stock locations, and 170% more pallet racking than the old location. Parts are organized into zones, including 15,000 small items, which are picked from the mezzanine and ride a spiral conveyor down the main floor for order consolidation. Seventeen docks doors provide access for shipping and receiving.

Paccar Parts has invested in ergonomically friendly technologies, automation and human friendly features like natural light to make it a welcoming workplace. “I’ve been doing this job for 11 years, and I can’t recall a single person who has quit,” Floyd said in an interview. “The key to our success is the people who work here.”

In addition to supplying parts to dealers, the distribution center also opened a core recovery unit this week. Previously, Canadian cores were shipped to the company’s Atlanta facility, necessitating long lead times and reducing the core quality through extra handling. Now three truckloads a week will be processed through a dedicated 15,000 sq-ft unit in Mississauga – staffed by three – which will reduce dealers’ days-to-credit to 11 from 30.