PICKERING, ON – Two Mississauga men were arrested in Pickering on Sunday morning after Durham Regional Police located a tractor-trailer loaded with $300,000 worth of electronics that was stolen in Brampton the night before.

Police say using the on-board Global Positioning System (GPS), they tracked the stolen truck down to a commercial area on Clements Road in Pickering on Sunday morning. When police arrived at the location of the tractor-trailer, two suspects were at the scene. According to police, they arrested the driver, and after a brief foot chase they also arrested the passenger.

Both residents of Mississauga, Gurdeep Merwar and Rupinder Dhaliwal have been charged with trailer theft, two counts of possession of property obtained by crime and theft of a motor vehicle. 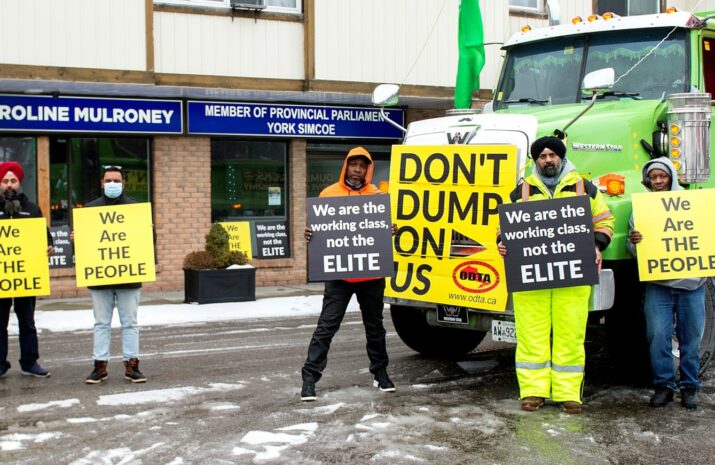