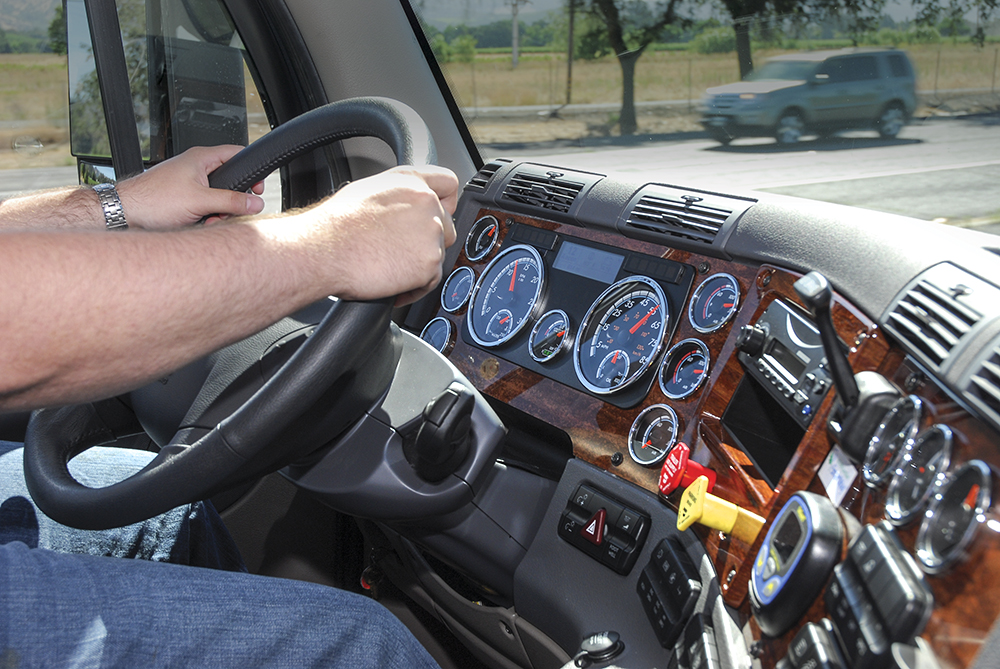 There’s one question all fleets need to ask before spec’ing their first Automated Manual Transmission (AMT): Why did we wait so long? If you’re considering a new truck today, the debate shouldn’t be about whether or not the drivers will accept them; it’s about how much you’re giving up by limiting yourself to a manual.

Attracting and retaining drivers is still a solid reason for leaning toward automated transmissions. The driver shortage isn’t going away, and automation sure flattens the learning curve for new drivers. They have enough to worry about without stressing over shifting gears.

“Inexperienced drivers can perform at a higher level right out of the gate as the automation takes care of some key driveline protection and narrows the gap in fuel economy performance versus a more experienced driver,” says Ryan Trzybinski, product planning manager for Eaton. “And they can spend more time focused on the road and their surroundings.”

In addition to improving safety and overall performance among newer drivers, veteran drivers – having more or less recovered from the shock that computers can drive as well as they can – now see the benefits, too. The AMTs are kinder to aging bodies.

“Manual transmissions will take their toll on a driver’s shifting leg and arm during the course of their career,” says Allison Athey, Volvo product marketing manager for transmissions. “Automated shifting reduces the wear and tear on the body, increasing their productivity and allowing them to prolong their career.”

Old drivers or new, you can’t just hand someone the keys and expect expert performance. The functionality varies across brands and the interfaces are different, requiring a little heads-up training. Imagine their surprise the first time their AMT drops into neutral on a short grade.

“Drivers should be told about the advantages these transmissions will bring to their everyday driving so they can take full advantage of the technology,” notes Athey. “Features such as Idle Drive Mode, which allows the driver to remove their foot from the pedal and easily shift gears in congested areas, can really improve speed management in traffic – provided they know how to use it.”

And when it comes to fuel economy, AMTs do much more than improve shifting prowess. For example, Eaton claims its SmartAdvantage powertrain package can deliver 3-6% better fuel economy, accomplished in a large measure through advances in automation such as downspeeding.

“The engine and transmission communicate and make the best decision for when to downshift,” says Trzybinski. “This level of decision-making is becoming increasingly difficult for even the more experienced drivers to match.”

However, some of the benefits to a downsped driveline can be easily undone by a driver who may not like the sound of a lugging engine. Drivers need to be reminded about things like fuel maps and torque curves and why it’s best to run at a lower rpm. If they stomp on the pedal or press the downshift button (if equipped) too early, they lose the advantage of the low-rpm powertrain.

While an automated transmission is still just a box full of gears, it’s the electronics that provide the sizzle. Manufacturers offer a range of options by turning on or off various functions, 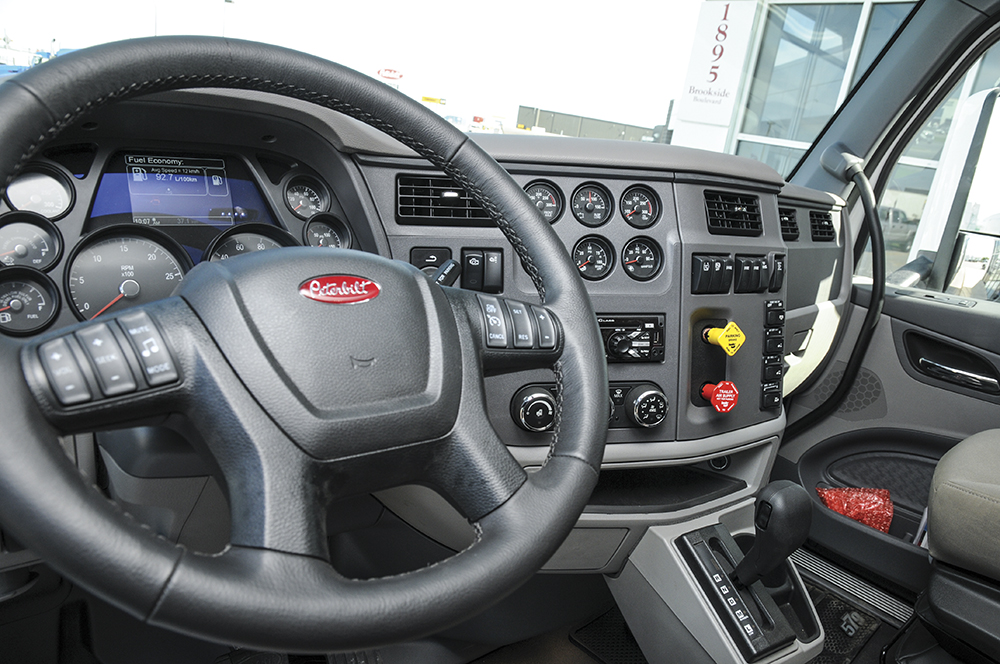 such as performance or economy modes that tailor shift points to driving style. Some of the hard options, like direct or overdrive, might require some consultation before inking the deal. Certain functionality, like downspeeding, won’t work in every application, so dealers can provide insight on how to get the most from the investment.

“Where fleets often go wrong in spec’ing a downsped driveline is in underestimating their exposure to unsuitable terrain,” says John Mayer of driveline maker Meritor. “Downspeeding, with all its benefits, works best in flat to slightly hilly terrain. It doesn’t like mountains or cities. You need to consider that up front.”

In the old days a little finesse with the clutch pedal would solve the problem of low-speed operation. It’s handled the same way today, but the clutch control is electronic now, too.

Even Allison’s automatics are becoming automated. The -com–pany’s FuelSense package adapts to driving conditions and can offer substantial improvements in fuel economy compared to Allison’s fourth-generation products with no fuel economy features.

According to Allison’s director of North American marketing, Lou Gilbert, the automatic’s fuel economy is about equal to any manual in the top gears at highway speed. He says the
big advantage is at speeds below 65 km-h.

“In higher ranges, the two transmission types have -nearly the same internal ratio, producing comparable engine rpm and fuel consumption at higher cruise speeds,” he says. “Allison Transmission internal gear ratios produce lower engine rpm in many areas below [65 km-h], resulting in less fuel used … And with most medium duty truck applications, this is where they spend much of their operational time.”

The market share of automation is said to be creeping close to 50% in the on-highway segment. It’s already high in the -vocational and medium duty worlds, though we see mostly automatics there.

“There’s no doubt that automated transmissions have gained broad market acceptance,” says Trzybinski. “It still varies quite a bit by segment. We see it continuing to grow.”

One small step for trucking…

The first of the modern generation of Automated Manual Transmissions were greeted with amusement and curiosity in the mid-to late ’90s. Few among us realised we were witnessing the emergence of a technology that would forever change the way trucks were engineered.

In fewer than 20 years, we went from the novelty of gears that shifted themselves to -predictive cruise control that sees the road ahead through GPS terrain recognition, and downsped drivelines that produce full torque at just a few hundred rpm above idle. We can thank the automated transmissions for opening those doors.

The early years saw drivers lamenting the loss of what they saw as an ability to control the truck. Recently, automated transmissions have made possible levels of control and powertrain management simply not possible a decade earlier.

An impressive list of fuel–saving features followed the introduction of powertrain automation. Transmissions now routinely drop out of gear to capitalize on that one nearly free source of momentum called gravity, with never a hint of risk that gears will mesh on re-engagement. They help on engine torque management by reading road grades and allow previously unheard of low-rpm operation to save fuel. And in the case of torque–convertor-equipped automatic transmissions, they will even pop into neutral at a red light to save the fuel previously burned chafing at the torque convertor to get moving again.

Ed Saxman, a former powertrain engineer with Volvo Trucks North America, now retired, was a guy who could hardly contain his enthusiasm for new technology. Back in 2006, during a test drive of the company’s then-new I-Shift transmission, Saxman told me that transmission would revolutionize trucking. At the time, I hadn’t got past hitting the shift button myself because I still believed I could do a better job.

I still think I can do as good a job as an I-Shift, an m-Drive, a DT-12 or an Eaton Advantage, but I couldn’t possibly maintain that performance level for any stretch of time. Therein, I think, lies the real advantage to automation. Perfect shifts, perfect power management every time, all day long.