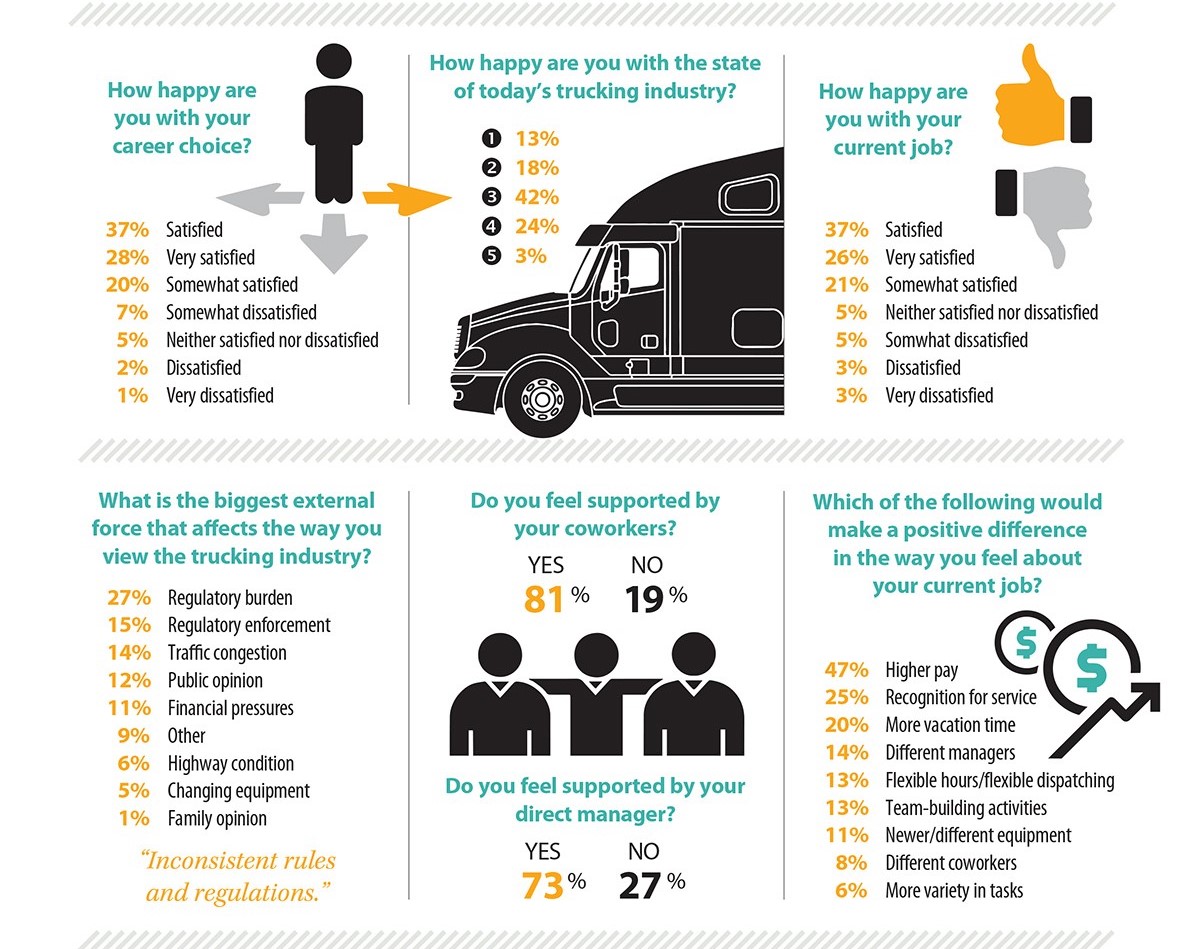 TORONTO, Ont. – Most surveyed members of Canada’s trucking industry feel supported by their coworkers and are relatively happy with their jobs. Their feelings about regulatory burdens are another story.

In the latest monthly Pulse survey of Today’s Trucking readers, a resounding 81% of respondents said they feel supported by coworkers, with 73% feeling that way about their direct managers.

But 27% cited regulatory burdens and 15% referred to regulatory enforcement when identifying the biggest external force that affects the way they view the trucking industry. “Inconsistent rules and regulations,” one reader stressed.

Those external forces even topped traffic congestion, which was cited by 14% of readers, public opinion at 12%, and financial pressures at 11%.

When asked which factors would make a positive difference in the way they feel about their jobs, 47% referred to higher pay, 25% wanted recognition for service, and 20% wanted more vacation time.

The feelings about the state of today’s trucking industry were largely neutral, with 42% scoring that situation with a three out of five.