Sumsion, who won the biggest class of the day (tandem-tandem) and took the rookie of the year title on the way to being crowned grand champ, drives for Challenger Motor Freight and is a veteran on the road. He was been behind the wheel for over 20 years, and serves as a driver trainer, but all that experience did was cause him to temper any expectations about his performance on course.

“I was here for me. I wasn’t here to prove anything to anybody else. Nor did I feel like I was going to lose if I didn’t,” he told Truck News.

“Not everyday is perfect in the real world. I took the mental outlook of just go to work and do the best that I can. At one point in time as I was on the course, I thought to myself some of these corners and obstacles are tight, just as if I was in New York City or Chicago or some kind of metropolitan environment, where I’m driving around obstacles as well, trying to do my daily activities, like backing on a street where the cars won’t sit and wait for you, and they pull out in front of you and that becomes an obstacle itself. That was the approach I took.”

Besides looking at the competition as just another working day, Sumsion benefitted from another advantage—the knowledge imparted during a briefing held before the competition.

“We had a little meeting at Challenger, giving everybody a heads up of what to expect. One of the focus points was when you do rub up against something and you’re not 100% perfect, don’t get flustered, which is a good depiction of what the job is like in the real world anyway—where you have to put everything to the side and deal with things moment by moment and not carry them around and make things worse. Cars cutting you off, you just have to shrug it off and carry it on.

“We were also informed that the scenario in the competition is we aren’t expected to be perfect.”

While he may not have been perfect, he was able to turn the mistakes he made on course into learning opportunities that allowed him to better tackle the obstacles.

“So at one point in time, I got myself into a scenario where I over-extended my travel distance and I realized I was running out of room and needed to recover. The right-hand turn was the first time I noticed it but I really got myself into trouble when I came out of the serpentine and I was setting myself up for the dock backing. Because I was in transition between two obstacles, and I was actually going to run into the curb and I had to back up. I honestly thought I was going to be penalized for that but because it wasn’t within an obstacle, I wasn’t penalized for it. That was nice to see that aspect of it.”

Repositioning himself before he officially made his attempt at the dock-backing obstacle definitely helped him pull into the dock cleanly in a single attempt. What also helped was the way he approached the walk around, when the drivers were introduced to the course. He made use of the same visualization techniques he tries to teach new drivers.

“I did the walk around in the morning, and I kind of isolated myself from the group so I could concentrate on me. At one point in time when everybody was in a group off to the side, I took it upon myself to have my own little time on the track by myself to picture what I needed to do to get the job done. I even put myself in the position of ‘where do I expect to be in relation to where I am sitting in the driver’s seat?’ As I go around this corner, I need to come out this distance away from the curve, so that I don’t get myself into trouble,” he said.

“You develop a focal point off in the distance—the same with the stop line. A lot of individuals were challenged at the stop line whereas I’m actually teaching drivers how to drive and asking them ‘where is your focal point?’ Basically, it’s paying attention to your surroundings and using all of your surroundings for an aid. It may be a tree off in the distance or a fire hydrant, and indirectly, that also makes everybody aware of their surroundings so they don’t lose focus on the important stuff. When you are concentrating on one little thing like backing in, you can lose focus on what’s going on on the other side or the front bumper.”

The entry into the dock proved to be a tricky one for a lot of the drivers, as the nearby curbs and obstacles (including the pylons representing the glass wall of a neighbouring building positioned opposite the dock) were set at different angles, according to course designer Tom Boehler. A number of the drivers clipped the glass wall with the passenger side of their truck as they attempted their backing manoeuvre. Sumsion avoiding making that mistake, opting instead to take a different approach.

“I had problems because I projected myself down against the curb. And I knew I had to get my trailer to track and get as close to that dock as I could. As I did that, I put myself in the scenario that I may hit the curb. Everybody else shied away from the curb and as you project forward, the trailer follows you. So they had to turn around and fight to push their trailer into the dock and because of that they ran out of swing room with their front bumper. As they did that, they hit the glass wall. Whereas me, I had all kinds of room because I had already pushed my trailer down to the dock in the first place. “

While Sumsion doesn’t have the detailed judges’ scores yet, he believes he got pretty close to the bar representing the dock door. He thought he heard the judge who measured the distance tell the judge who was recording the results he got within seven inches.

He carried his deliberate, thoughtful approach into the pre-trip inspection/circle check part of the competition as well. He was determined to use all of the time allotted, and even went back around to double check his findings.

The aspect of the event that caused him the most initial concern was the written test, primarily because he didn’t have any time to prepare for it. Sumsion’s mother had been admitted to the hospital and for the week leading up to the competition, he had spent every day visiting her.

“I was actually sitting in the parking lot by myself at 5:30 on the morning of the competition, reviewing my notes for the very first time ever. That as the only opportunity I took. Maybe it was a blessing in disguise because I didn’t have any expectations for myself. I hear that’s one of the stereotypical things about why the rookies are able to come in and kick butt because there are no expectations. They don’t have to prove themselves as far as ‘I was champion last year, I don’t want to be the bottom of the pile this year.’”

As for how he is going to handle the pressure and the timed course in the Provincial finals on July 12, Sumsion has already developed a strategy.

“My theory with the time is you’ve got to get good before you get fast. Once again, I would rather not hit any obstacles and run out of time, than I would race around and drive over everything. To me, this is not a race. It is a competition on accuracy.” 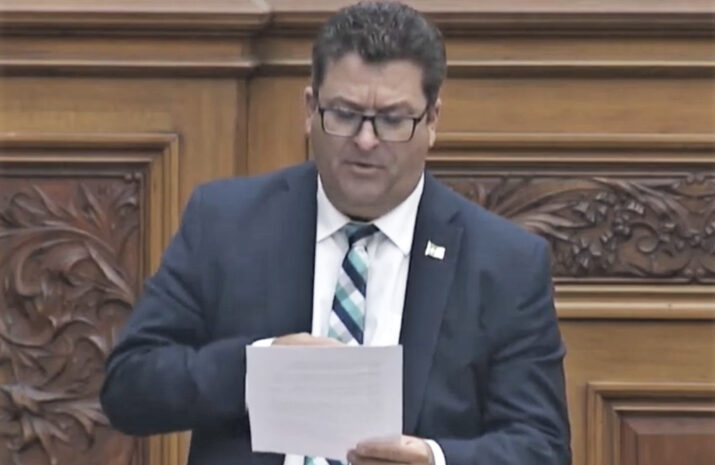