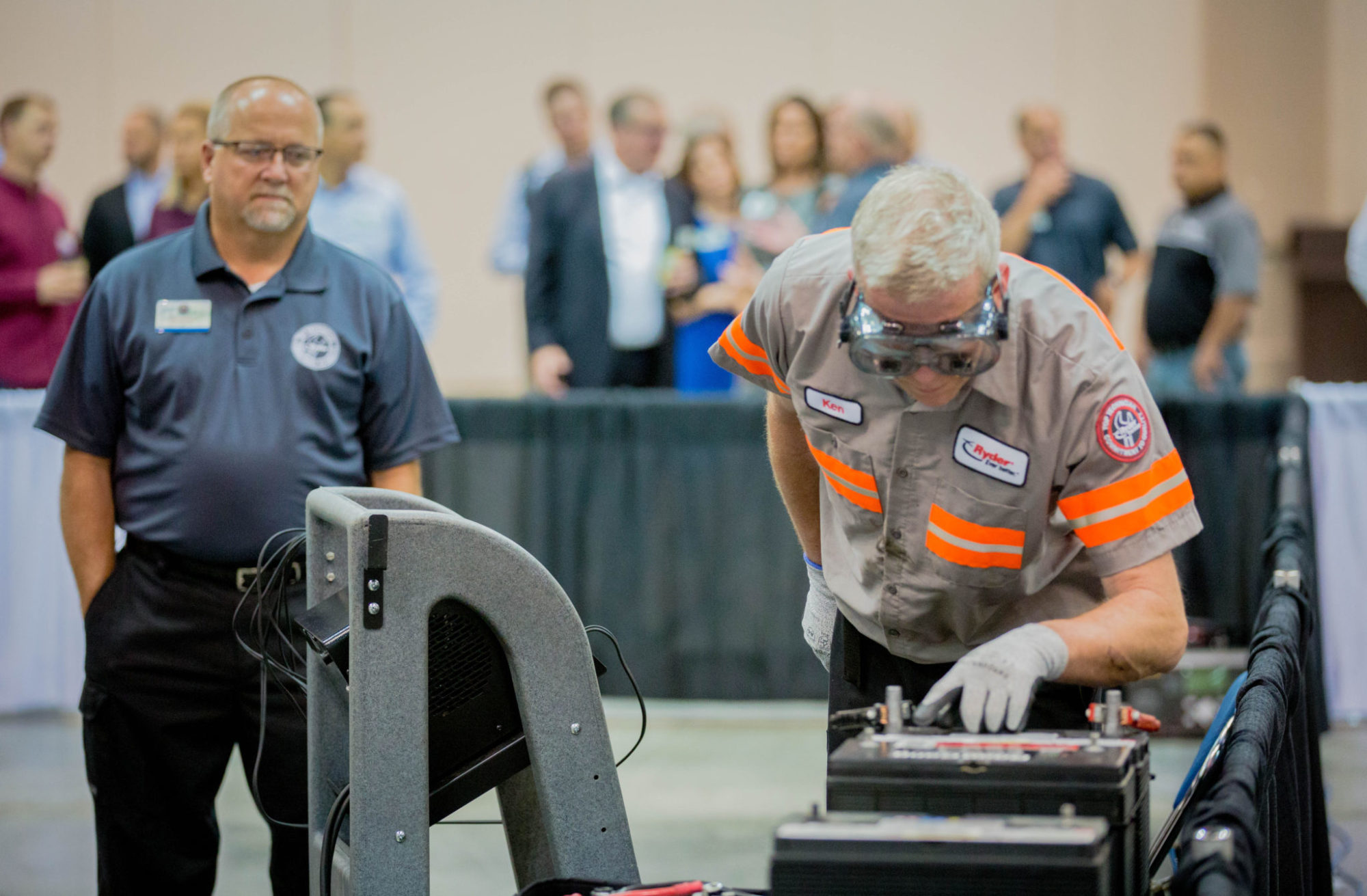 Ken Bilyea during the competition at the Indiana Convention Center in Indianapolis. (Photo: Business Wire)

MIAMI, Fla. – A Canadian has been named the 2019 Ryder Top Technician at the 18th annual competition in Indianapolis.

Ken Bilyea of London, Ont., was selected from a pool of eight finalists, the company announced on Thursday. He received a cash prize of $50,000.

Another Canadian, Wade Robinson, also of London, and Cody Morris of Hebron, Ky., were placed second and third, respectively.

“Ken’s dedication to excellence is a shining example of why customers trust Ryder to deliver high quality, reputable customer service, and vehicle uptime rooted in knowledge and continuous education.”

Of Ryder’s 6,300 U.S. and Canada-based technicians, more than 2,800 applied to be measured on their technical training qualifications, outstanding customer service performance, and quality workmanship, the company said.

Bilyea and the other finalists advanced through three rounds of written tests and hands-on competitions to compete for the top honor. For the final round, they went head-to-head in a series of rigorous hands-on skills tests across 10 truck workstations.

Each finalist received a $10,000 cash prize, and a week of fun around Indianapolis.

Ryder is a major commercial fleet management and supply chain solutions company, based in Miami.