The previous logo, which included a map of the US, has been replaced to better reflect TCA’s mix of both US and Canadian fleet members, the organization announced.

The logo update is the first major change for the group since it installed new president Brad Bentley about a month ago.

“Our new leader is a direct reflection of where we’re going in the future and the connections we are forging with both our current and potential members. Our hope is that our new logo reflects that,” said Shepard Dunn, president and CEO of Bestway Express of Vincennes, Indiana, and the chairman of TCA. “The logo is fresh, it’s new, it connects with a new generation, and it captures who we are.” 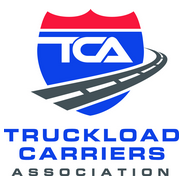