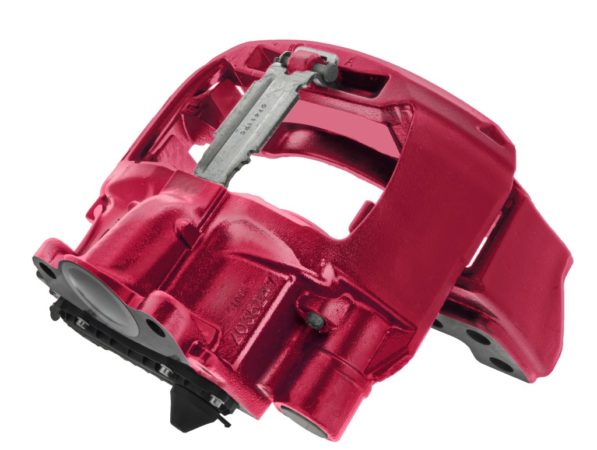 There seems to be no stopping the rollout of disc brakes.

The stopping systems that emerged as an option for most OEMs around 2008 had become standard on steer axles by 2012, says Freightliner on-highway product manager Kenton Mitchell. Their use continued to expand as collision mitigation systems were introduced, and by 2018 four OEMs offered air disc brakes on steer and drive axles.

“It’s more, ‘How fast is it going to increase and how high is it going to go?’” he told an audience at the annual meeting of the American Trucking Associations’ Technology and Maintenance Council (TMC).

Still, there are challenges. The brakes are heavier than drums, and they have a higher initial purchase price. Users need to understand the total cost of ownership for their specific applications, Mitchell said. He also referred to the natural resistance to change, and the fact that users are simply more familiar with drum designs.

At a shop level, one of the most important factors to consider is that air disc brakes still require ongoing maintenance.

“Disc brakes are not maintenance-free any more than your drum brakes were,” said Jim Boyd, manager of fleet technical services at Southeastern Freight Lines, which now has discs on 30% of its tractors and 11% of van trailers.

Inspections are required just as often, he said, stressing the importance of monitoring rotors and pads, to ensure there’s always enough friction material to protect the rotor.

“Pay close attention to the pads and pad life. A pad that gets into the rotor is a very expensive proposition – not just from a parts perspective, but from labor, wheel seal, and potential bearing cost,” he said.

“Some manufacturers offer tooling that is used to do wheel-on inspections,” Boyd added, noting that they may display measurements such as remaining rotor thickness and a percentage of the remaining brake pad. Other systems incorporate visual keys for the carrier and rotor.

“The measurement process of the components is more precise for disc brakes compared to drums,” he said.

Boyd lists several factors that need to be considered when working on disc brakes. Caliper adjustment testing; guide pins and boots; tappets and boots; pad thickness from one end of the pad to the other; the condition of the inside pad compared to the outside pad; and the condition and thickness of the rotor.

Tools for the job

Like any maintenance work, it will also require a particular set of tools.

Much can be accomplished with normal hand tools and leather gloves, a wheel-on inspection tool, caging tool, and torque wrench. Feeler gauges, a dial indicator and base, small inspection mirror and light, and a digital slide caliper for measuring the thickness of the rotors and pads will round out the kit.

Hubs and rotors are heavy, he added, stressing the importance of a special jack assembly for removing the assembly.

When it comes to overhauling the caliper, some manufacturers offer tooling kits for the work. Boyd’s fleet has decided to replace existing calipers rather than working on them in-house.

“With 27 shops, we have determined that it was not cost-effective to tool-up, train and then rebuild the calipers,” he said. “Our belief is that the incidence of failure on the caliper will be low.”

Initial training in the shop should focus on system identification, inspection procedures, and the replacements of brake pads, rotors and calipers, he said.

Southeastern Freight Lines has had a positive experience with the brakes overall. The inspections and pad replacements are “normal”, he said. A few caliper replacements could be traced to a frozen adjuster, water in a caliper, and unseated or torn silicon boots. A limited number of rotor replacements were mostly due to friction material that was allowed to wear down too far.

“Even if the brakes cost a little bit more, consider that lower total cost of ownership and consider how these new units will integrate into your fleet,” Boyd said. “What value can be placed on a vehicle that will stop more rapidly? That’s hard to quantify.”