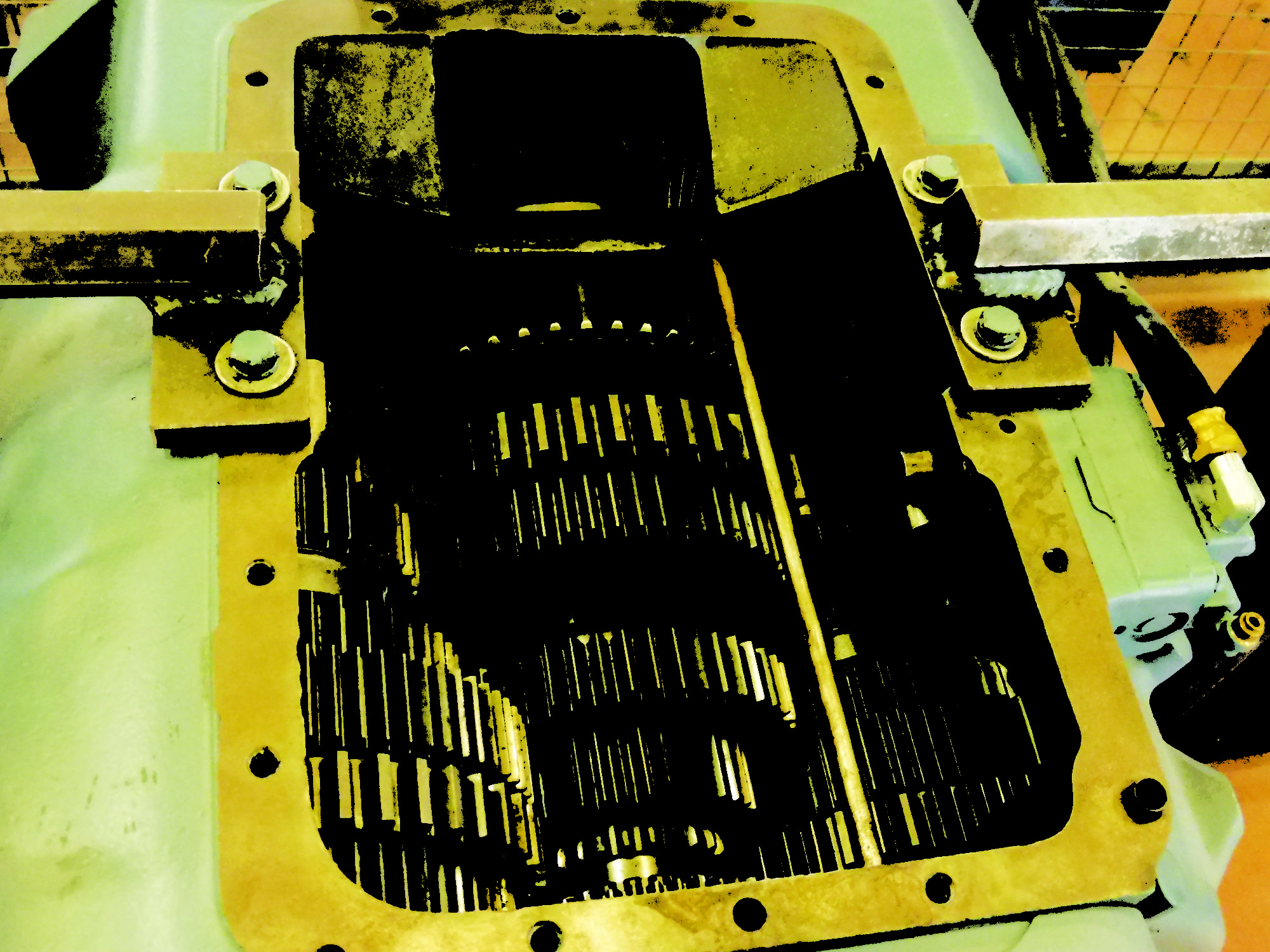 TORONTO, Ont. — In the world of truck transmissions there are basically three types: manual, automated manual, and fully automatic.

The manual transmission remains the most fundamental and widespread in the industry, requiring a clutch and gearshift lever, and it’s usually available in 10-, 13-, 15- or 18-speed packages.

An automated transmission is essentially similar to the manual model except there is no clutch and no gear shift to manipulate. This transmission works on a similar principle as its stick-shifting predecessor, but uses automated sensors and an electronic shifter to determine the optimum gear selection.

According to Bob Cook of Mohawk College in Stoney Creek, “There’s a few differences inside the case. The gears inside are spaced a little wider apart, but it’s the same X and Y axis shifter as a manual, just operated electronically.”

In contrast, the fully automatic transmission is quite different and complex.

“There’s a lot going on inside an automatic,” added Cook. “Take the Allison six-speed automatics, the 1000, 1500 and 2500 series designed for medium-duty work. It has five clutches, two rotating clutches up front and three stationary clutches in the case to hold the ring gear.”

A major paradigm shift in recent years has been the introduction of synthetic oils, resulting in much longer service intervals, often years between fluid changes. OEMs fill the components with lubricants at the assembly plant, and stress the importance of using the approved lubricants when refilling. According to Dave Embury, territory manager for Eaton Roadranger: “The performance characteristics of these lubricants enable component manufacturers to offer extended drain intervals and extended warranties. Extended drain synthetic lubricants are advantageous in all applications and Eaton highly recommends them for severe-duty applications and in cold climates.”

According to the maintenance schedule, a Volvo tractor with the automated I-Shift transmission doing highway or regional work can go 800,000 [km] or 60 months between changes. Even the heavy-duty I-Shift package working in severe conditions is good for half that distance – 400,000 km or 2,500 hours of operation. Similarly, the fully automatic Allison TC10 has no scheduled maintenance for the first 800,000 km and comes with a five-year/1.2-million km warranty.

“I believe the oil companies are telling you that they will last up until 500,000 kms between changes, but we recommend they change it every two years, probably 200,000 km for highway trucks,” he said. Cooke suggests even more frequent changes for vocational applications like dumps and cement trucks.

“Trucks operating locally like dump trucks will never get that high mileage but they are probably doing 100 times the shifting that a highway truck does. Transmissions on dump and cement trucks wear out faster,” added Cooke. “The oil is not necessarily breaking down, but the particles in the oil from the wear of the transmission are working like sandpaper in there and wearing things out prematurely. That and condensation which is working its way in and out of the system, summer and winter.”

Although OEMs are offering longer service intervals between changes, it’s still important to check for leaks and fluid levels at regular preventive maintenance services. New truck owners probably won’t have to worry about transmission failures for years, but Tony Forlini, of CT Cam in Laval, Que., gets to see trucks when the warranty expires and there’s no shortage of work. “There are transmissions everywhere and they are always breaking down,” he said.

Forlini thinks all truck and coach mechanics should have a Class 1 licence.

“Before you rebuild transmissions, you should be able to drive the truck and diagnose the problem. The first thing I do when a client comes in is send him for a road test with my technician. That way you can figure out if it’s the transmission or the driver. Usually, there are three reasons someone comes into a transmission shop — either the unit won’t advance, it’s making noise, or it jumps out of gear.

A plethora of things can go wrong with transmissions. Premature wear and degradation can often be attributed to bad driving habits like poor shifting or pre-shifting gears, too much shock load, as well as riding and popping the clutch.

“Every one is little different,” according to Cooke of Coastline Transmission. “The bearings eventually wear out, broken countershaft wells, worn out shift forks, worn out shift collars, broken teeth, all kinds of different failures on them.”

Eaton’s Embury suggests that a detailed report from the driver may help the technician isolate the problem.

To repair or to swap out

Cook’s shop-classroom at Mohawk College in Stoney Creek, Ont., has a dozen training transmissions set up on stands. About 300 truck and coach apprentices pass through Mohawk’s program every year, and sooner or later all of them will learn how to break down a transmission and put it back together again. The irony is that they will probably never have to do that in the working world.

“We teach them how to tear down and rebuild trannies but hardly any shops do that. Some fleets and some dealerships will do the repairs themselves, but most will replace it with a new one or a rebuilt,” he said.

Mike Winter of Truck Trans in Cambridge, Ont. suggests installing a rebuilt transmission can save 40-70% over the price of new one.

“If it’s beyond just replacing a part, we can swap out the old transmission and save downtime. It’s going to take a couple of days to rebuild your transmission, but if you have a popular 13-, 15- or 18-speed we have them in stock already rebuilt,” he said.

“How much work you want to do on a transmission depends on the owner and how many miles are on the truck,” added Winter. “If it’s an owner-operator with two million miles then he probably wants it done correctly. If he’s selling the truck next week,  he might just want to do what it takes to get it going again.”