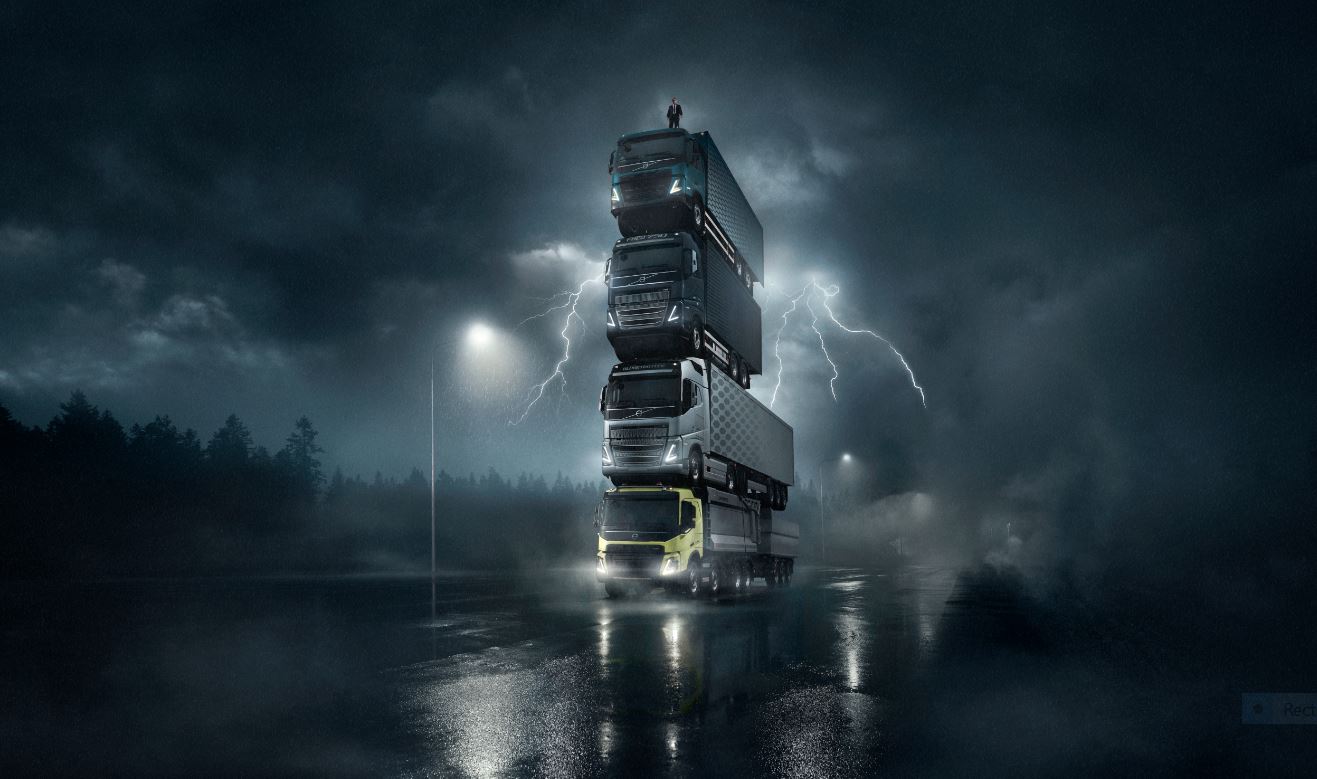 GOTHENBURG, Sweden — Volvo has launched a range of heavy-duty trucks in a spectacular fashion – by stacking them on top of each other, complete with the company president on top.

The 15-meter, 58-tonne truck tower was created for a commercial ahead of Thursday’s official launch of the four new vehicles in Europe.

The tower also demonstrates the power and strength of the new trucks — the Volvo FH, Volvo FH16, Volvo FM and Volvo FMX,  the company said Wednesday.

“In the truck industry, releasing one truck is a huge project. But releasing four at the same time is almost unheard of,” it said.

“I am used to being on top of things, but for me, shooting the truck tower was definitely an unusual day at work. And let’s just say I have a certain respect for heights. I´m a down to earth guy.”

The film was shot on a test track in Gothenburg, Sweden.