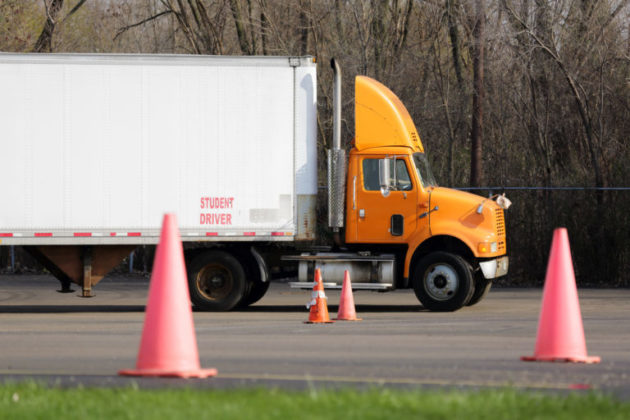 Truck drivers are not created in 103.5 hours. They never will be.It’s an important point to remember as details emerge about new entry-level driver training standards within the National Safety Code.

True, the federal model is based on Ontario’s existing standard, which requires would-be truckers to complete the same number of training hours. But this merely establishes a limited amount of training before someone can take a road test. Individual provinces and territories have the option of establishing higher thresholds, and employers will raise the bar higher still.

In other words, the new standards are only meant to represent one of the first steps in a driver’s training journey. When they emerge with a licence, the would-be truckers still need to build and polish skills in the context of on-the-job training.

That’s right. They still won’t know everything they need to know.

Nor should that be expected.

Only with added time behind the wheel will people begin to learn nuances about different equipment, the challenges that come with customer interactions, and the needs of specific freight. There are so many differences from one trucking job to the next that it’s impossible to prepare newly licensed drivers for every situation they will face.

The problems emerge when fleets toss such drivers the keys, point to a trailer, and wave them in the direction of New Jersey or across a mountain pass. Anyone who hires a newly licensed job candidate should instead prepare themselves to offer training support, whether it’s in the form of formal onboarding programs or mentors.

Oh, there will be mistakes. Gears will grind. Decisions will leave managers scratching their heads. But we all started somewhere, didn’t we? No matter what job we hold, wasn’t there more to learn when we actually emerged from school? Did we really know everything on Day 1?

Quite frankly, even when they have a licence, some of the job candidates will never be a fit for work within the trucking industry. It doesn’t matter what a slip of paper in their wallets might say.

I admit that I had doubts about what the National Safety Code training standard would actually include. Given that training is a provincial and territorial matter, I expected some generic wording; the empty promises about commitments to training.

What emerged in the draft document were some vital details.

The training goals match established National Occupational Standards that describe the knowledge, abilities and skills that a truck driver will need – and within the context of specific types of work. There is a clear idea of the equipment they need to use. There are new standards for those who deliver training and class sizes.

It’s easy to argue that requirements should be tougher, but at least this offers a clear starting point.

Perhaps most important, we will put an end to the “advanced standing” loophole that has allowed some Ontario driver training schools to rush students through the programs to earn a lower class of licence, and then cutting into the 103.5 hours by treating new trainees as if they were experienced dump truck veterans. As if 103.5 hours was too much time to invest into the start of a new career.

The journey is not done. There are those that argue that driving a truck should be treated like a Red Seal trade. Some training schools will continue to search for loopholes, and likely find them before issues are addressed. There will be arguments about the best way to deliver training information, and questions about how long it will take to teach such details.

But this is a big step in the right direction.