The province of Ontario is currently the only jurisdiction in all of Canada and the U.S. that allows someone to take their Class A road test in an automatic or automated manual transmission, and if passed, provide them with a fully unrestricted licence.

This allows them to drive a standard truck, with possibly as many as 18 forward gears, with absolutely zero experience with that type of equipment. Every other jurisdiction either requires you to take your road test in a manual or places a restriction on your licence allowing you to operate an auto-shift only if you choose to take your test using one. Ontario’s policy, in our view, is a serious road safety issue that needs to be addressed now.

As far back as 2015, when industry began consultations with the Ontario Ministry of Transportation on mandatory entry-level training (MELT), this issue was raised by many stakeholders, with some suggesting mandatory training on a manual be included in MELT.

At the time it was left out, with a commitment from the MTO to address the auto road test issue in the future. When MELT was introduced in 2017, the road test issue had yet to be addressed, elevating concerns by many in the industry.

After several years of consultation and lobbying, the MTO issued a regulatory posting on Nov. 17 2020, announcing its intent to place a restriction on a Class A licence if the road test was conducted in an automatic transmission.

In a letter from the MTO on April 18, industry was notified that the manual restriction would come into effect May 17. The effective date was later moved to July 19 to ensure industry had enough time to transition. A stakeholder meeting was called by the MTO on Friday July 16, with less than 1.5 hours’ notice. 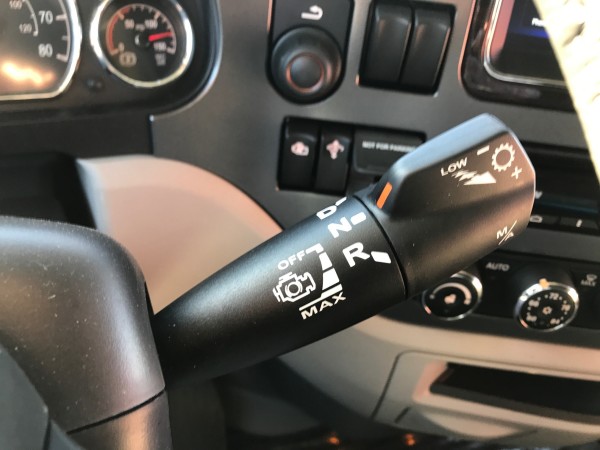 At the meeting, the MTO announced, with no previous consultation or notice, that the regulation, scheduled to take effect in two days, was being delayed by possibly as long as a year, to allow industry time to transition. The Private Motor Truck Council of Canada and Truck Training Schools Association of Ontario are vehemently opposed to this change, and feel it flies in the face of road safety. There is a reason no other jurisdiction allows this.

With talk of this regulation being discussed as far back as 2015 in MELT consultations, and posted in the registry in November 2020, training institutions had enough time to address operational issues. Keep in mind, this regulation change was for road tests only, and made zero changes to training requirements.

If someone still wished to do all of their training on an automatic and take their road test on an automatic, they still could. They would be given a restricted Class A licence, allowing them to operate a Class A vehicle with an auto-shift only.

Class A commercial motor vehicles can weigh as much as 63,500 kg, and require the use of the transmission gears to help brake the vehicle, especially on long downhill grades, so that brakes will not overheat. If a driver ends up in neutral as a result of not being able to find a gear, the truck can become out of control with the reduced braking ability.

Manual transmissions are much harder to operate than an auto-shift and require training and experience to master. Can anyone legitimately argue that we should allow someone with no training in a manual transmission to be given a full unrestricted licence?

Why should anyone be given a licence for a piece of equipment they have not been trained or evaluated on? This policy, which Ontario introduced for senior drivers in 2009, and all other drivers in 2012, needs to be addressed now. We can not allow another 12-month delay that allows this unsafe practice to continue. Our organizations are requesting the regulatory change, that was to become effective July 19, becomes effective in very short order.

Mike Millian is president of the Private Motor Truck Council of Canada. He can be reached at trucks@pmtc.ca.