Truck drivers absolutely have to be priorities in the disorganized, shockingly slow roll-out of Covid-19 vaccinations. An early spot in the queue is utterly essential, especially for the cross-border folks who spend time in that virus petri dish called the United States.

Mind you, there appear to be some folks among you who still believe this pandemic disaster is a hoax. That boggles my tiny mind, truly. Just ask an ICU nurse what she thinks about that silly proposition. Ask anyone who works in that frantic environment whether Covid-19 and its awful effects are real. Ask someone whose father or sister died alone on a ventilator.

Just the flu? Gimme a break. 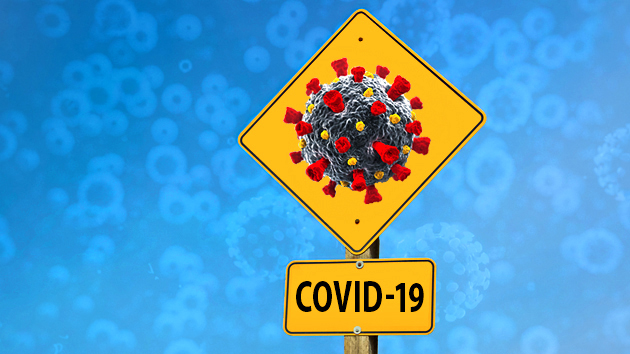 And if you’re one of those who denies the science, you might as well stop reading right here. Same goes for the anti-vaxxers amongst you. Please don’t believe the quacks and the Facebook “experts” and the nutty conspiracy theorists. And most of all, please don’t make all this a divisive political issue. Just trust the people who’ve spent their careers studying this stuff. Believe me, they know more than you. Lots more.

Anyway, it’s clear that truckers are front-line workers. No argument is possible. Not like those working directly with patients in hospitals or longterm care facilities perhaps, nor like grocery clerks meeting the unwashed public 100 times a day. But they’re out there all the time, and the international longhaulers are at truck stops using restrooms or getting meals in states like Texas and Iowa where Covid-19 is scoffed at and nobody seems to take precautions. I hear them saying all the time that they’re shocked by the refusal to take things seriously down there, and that it makes them mighty fearful. Yes, I know the same disregard for the virus can be found here in Canada, too. And then there are the delivery drivers working local routes with multiple drops at grocery stores, residences and what have you. These folks are exposed in so many ways.

Since the pandemic began, trucking associations in both Canada and the U.S. have been making the point that truck drivers are essential in keeping the economy rolling, which of course is nothing new. That’s always been their role. But while many others were being urged to stay home, truckers stayed out there. Nobody ever begged them to stay out in the midst of all the viral mayhem, it seems to me, though that should have been the case from the start of the pandemic. Begging, not assuming.

For a while early on they were called heroes but that respect appears to have dissipated quite a bit. Now they’re seen as essential in getting vaccine supplies delivered, and when the suits say that drivers should have early access to vaccination, it sounds to me like the strength of the supply chain is their priority. Of course that’s critical but nobody seems to be saying that the health of the individual driver and his or her family is at least as important.

Am I just assuming the victim complex that drivers are so often accused of having? No, I don’t think so. I really do think they’re being taken for granted.

If you need persuading that truckers have broad support for an early vaccination, consider the fact that CBC TV’s This Hour has 22 Minutes did a short sketch depicting a truck pulling up to a tiny little Canada Customs shed (maybe modelled after one I’ve crossed from Maine into Canada). The lone border agent asks the show’s anchor, Mark Critch, playing the driver, “Have you been anywhere with a risk of exposure to Covid?” “Well,” says Critch, pausing before launching into a very funny version of

Hank Snow’s 1966 hit, I’ve Been Everywhere’. It ends with another voice saying, “Vaccinate Canada’s truckers. A message from truckers, and everyone else.” (See www.cbc.ca/22minutes).

In a sense all this is academic because as I write this there’s no discernible plan in any province to vaccinate anyone except some frontline hospital staff and residents of longterm care and retirement homes. Some indigenous communities in the north have managed to get vaccines too, but that seems to be largely the result of their own efforts. Ordinary folks like you and me are left wondering.

I was once reasonably satisfied with our federal and provincial responses to the pandemic. No longer. We’re failing in a big way.

The American approach to controlling the pandemic was and remains astonishingly weak, at the cost of lives like never before, but on the vaccination front some states seem to be putting us to shame. I have lots of friends south of the border who’ve already had their second dose. But here, months have been wasted, when planning the rollout could have been conceived and ready to be put into action. I’m 74 and at risk but I haven’t a clue if, when, or how I’ll get a shot.

But I still want truckers to go first.