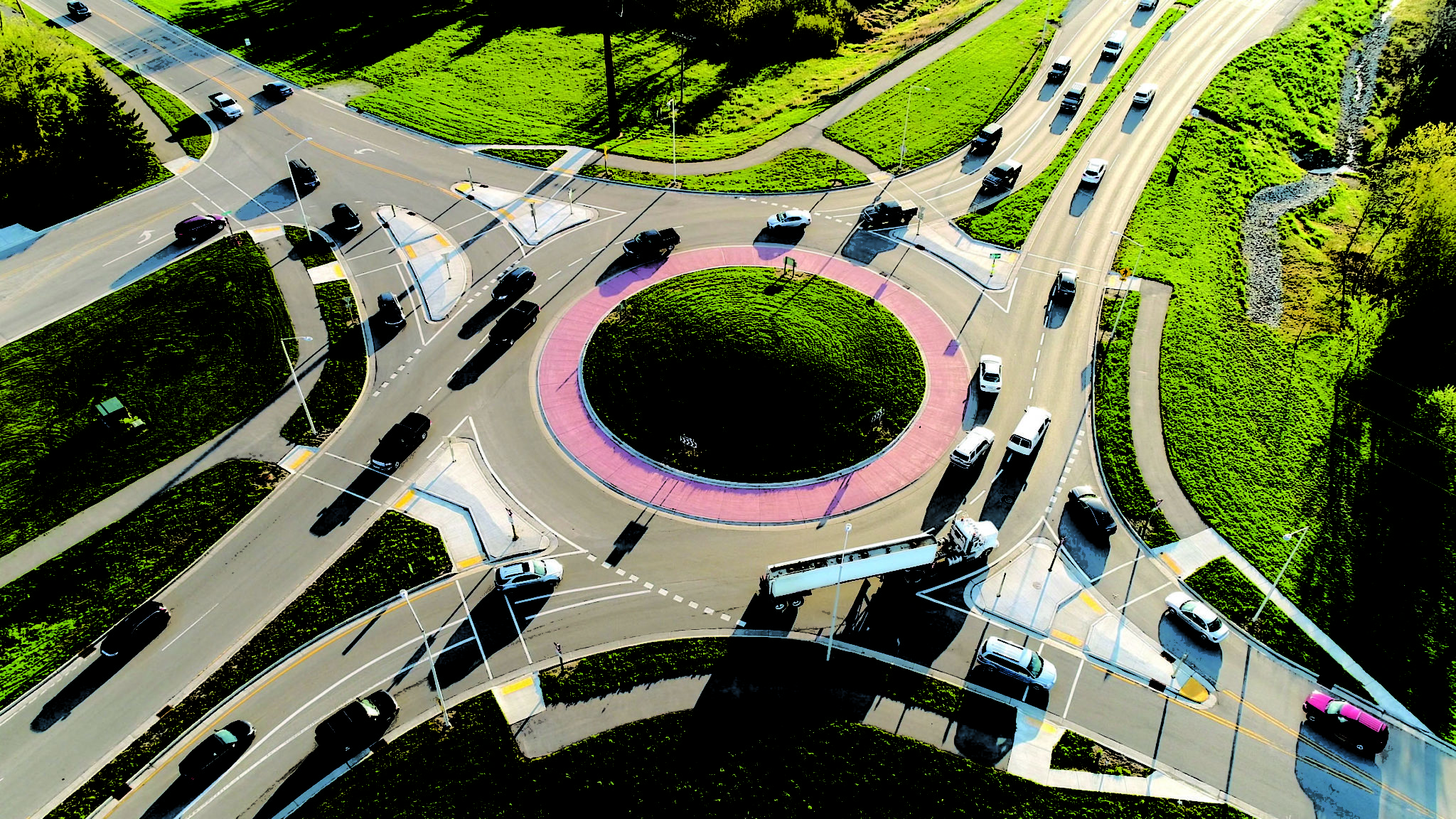 Several years ago, I sat in a meeting that was presenting the safety advantages of using roundabouts. We talked about how they prevented T-bone collisions that occur at conventional intersections.

We also discussed how if a collision does occur, it happens at a reduced speed and at a 45-degree angle, dramatically reducing the risk of serious injury to vehicle occupants. All good stuff. At least that is how it looked on the surface.

Sometime after that, I started taking an interest in Vision Zero, a system of addressing road safety in a very different way. Simply stated, “In every situation a person might fail. The road system should not,” Vision Zero declares.

So, when you look at that traffic roundabout, it is a failure because it doesn’t take into account pedestrians, cyclists, or anyone with any type of mobility issue.

We place all of those people on the outside of the roundabout, where the energy of all the vehicles is directed in terms of centrifugal force. Any loss of traction or steering control and it’s bye-bye pedestrian or cyclist.

We also don’t consider that pedestrians may have to move in a clockwise direction, as opposed to all the traffic that is moving in a counter-clockwise direction. So, pedestrians have to deal with vehicles moving in to the roundabout in which the driver is watching traffic approaching on their left but not paying any attention to the pedestrian on their right who may be trying to cross the slip lane in front of them.

So, there are many situations here in which a person might fail, and in doing so cause injury to another or to themselves. It does not matter if that person is a driver, a pedestrian, or a cyclist. The roundabout design fails because it has only been designed to reduce the risk of injury to vehicle operators and has not accounted for other users.

This concept of safety through design was hard for me to swallow at first. As a professional driver who takes a great deal of pride in my safety record and respect for other road users, I didn’t want to own up to the fact that I could cause unintentional harm to others.

If someone was harmed, it would not be my fault. That in fact may be true, but fault is not the issue, prevention is. This is the backbone of the argument for developing and building separate infrastructure to support all modes of active mobility. Simply separate high-speed motorized vehicles from all others. Problem solved.

For many years, I have been advocating a defensive driving approach on the part of individual drivers in order to improve road safety and reduce harm to all road users.

I felt by diligently practicing the Smith System of defensive driving and advocating its use, I could have a net positive effect on road safety. This may still hold true on the open highway, where modifying behavior is the only real option to improving safety, but within our cities design is by far the best way to prevent failure and ensure safety of all road users.

What I am finding really disturbing of late is an attitude that is displayed by growing numbers of drivers. That attitude is ‘me first.’

It puts all road users at risk. On the highway, where I spend most of my time, this attitude is reflected in speeding, following too closely, cell phone use, and all forms of aggressive driving that puts the individuals perceived right to get where they need to be as quickly as possible ahead of the safety of the whole community. On reflection, all of those things also happen on the roads in my own community. It is appalling.

As professional drivers, fellow truckers, we cannot give up. I remain a strong proponent of practicing kindness and patience every minute of my day behind the wheel.

I am committed to protecting the most vulnerable on our roads like the pedestrians and cyclists using that roundabout that started this conversation. I hope that you will take up that same challenge.

Al Goodhall has been a professional longhaul driver since 1998. He shares his experiences via his blog. You can follow him on Twitter at @Al_Goodhall