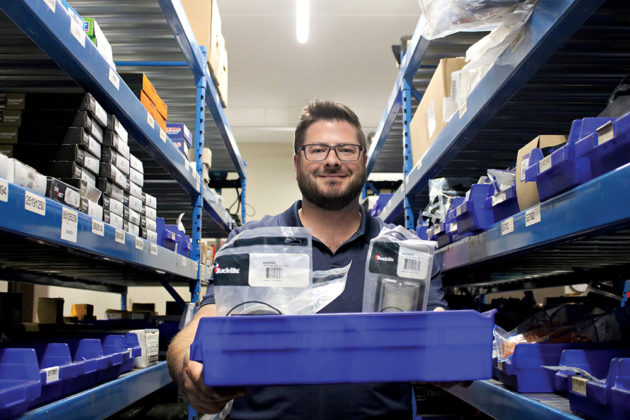 The business of selling truck parts is, well, a big business by every measure.

The aftermarket that cares for Canada’s Class 6-8 trucks, trailers and container chassis was worth an estimated $4.06 billion last year, according to analysts at MacKay and Company. And the mergers and acquisitions among component suppliers are underway at a breakneck pace.

In January alone, Wabco announced that it was selling RH Sheppard to Bendix. That’s part of a wider deal involving the anticipated merger of Wabco and ZF. Borg Warner announced it was buying Delphi Technologies, just hours after Delphi Technologies CEO participated in a Heavy Duty Aftermarket Week panel. TransPower is going to Meritor.

Much of the M&A activity is linked to manufacturers looking to secure spots in the emerging markets that will include electric vehicles, each of which will introduce a new series of batteries, motors, and cooling systems to be stocked on warehouse shelves.

But despite the opportunities that come with new parts to sell, there is a sense of unease among many long-term distributors. It’s hard to deny that times are changing, and they need to take their aftermarket businesses into uncharted territory.

Look no further than the push for electric vehicles if you need an example. Battery-electric trucks will reportedly include about 33% fewer parts when compared to models that run on internal combustion engines. Regenerative braking is expected to lead to longer brake life. Traditional fluids will be displaced.

Granted, the transformation will not happen overnight. Electric commercial vehicles currently represent little more than a blip on North America’s commercial vehicle landscape. About 88% of trucks run on diesel, and 12% use gasoline. Even a decade from now, MacKay and Company projects a split of 76% diesel, 11% gasoline, 7% electric, and 5% natural gas. Injectors will still need to be serviced for decades to come.

But emerging tech of every sort will continue to place new demands on training resources and parts counters alike. Sure, replacement bumpers are still needed, but so are the bumper-mounted radar sensors used to support collision mitigation systems. Stack them up, move them out. And someone will need to be able to explain how the sensors themselves have to be installed.

Then there’s the matter of the demands placed on delivering those parts. Every distribution-related business is facing pressure to deliver on the experience that buyers have come to expect in an Amazon World. Point, click … and shouldn’t it be here already?

Even those who continue to take orders by phone and fax machine will need to make new investments in the tools of e-commerce, and find better ways to serve an emerging generation of buyers.

It’s because there is no denying the relentless march of progress. Even if you sell replacement components for used equipment.