TORONTO, Ont. – Insurance premiums continue to push higher, driven up by everything from massive legal verdicts to the increasing price of collision repairs, but there are still things fleets can do to keep the costs under control.

It’s largely a matter of being open with insurance providers, and carefully tracking the data and documents that demonstrate an operation’s safety culture, a panel of insurance representatives said in an online presentation for the Private Motor Truck Council of Canada (PMTC).

Of course, the required commitment to safety goes beyond recordkeeping alone.

“If you can control your claims frequency and claims severity, ultimately that’s going to equate to better insurance rates,” Don Williams of Aviva Canada said, referring to the importance of a safety culture that protects drivers, equipment and reputation alike. That will attract business partners – including insurance providers, he said.

Kevin Dutchak of Sovereign Commercial Insurance looks at a broad range of factors when first analyzing a fleet: Driver files, the confirmation of experience in the application process, the monitoring of appropriate driver behaviors, and preventive maintenance intervals.

Such details are becoming increasingly important as insurance providers look to prevent themselves from massive legal verdicts that are particularly prevalent in the U.S.

Whenever there’s a loss, personal injury attorneys will turn their attention to any signs of driver fatigue, distracted driving, driving under the influence, a lack of equipment maintenance, and inexperienced or improperly trained drivers, said Jillian Lovatt of Northbridge Insurance.

Armed with details like that, they have what they need for a trial, and potentially the so-called “nuclear verdicts” including awards above $10 million.

It’s a factor that’s becoming an increasing challenge for insurance providers, who also face the increasing costs of repairing advanced trucks, said Williams. Over the past eight years, insurance providers in the U.S. have actually seen combined operating ratios above 100% when it comes to commercial auto policies.

“We always knew that the U.S. is quite a litigious environment,” he said. But the awards continue to climb higher. “That really has the insurance industry pretty nervous … It may be more difficult for me to get my reinsurance partners lined up.”

It makes the selection, training and discipline of safe truck drivers particularly important.

Some insurance companies will accept a small percentage of inexperienced drivers as long as they’re backed by a solid recruiting process, onboarding, continuous training and mentoring, Williams said.

Dutchak stressed the need to work with brokers to determine if entry-level or inexperienced drivers have appropriate coverage. But it’s also a matter of vetting driver training schools that provide them. “Some are very good,” he said. “Some, not so much.”

The need for training is not limited to the younger drivers, either.

“The key thing is not the experience. It’s competency. Don’t assume an experienced driver is a competent driver.”

Once working for a fleet, recordkeeping will be key to proving that training information is absorbed, and that actions were taken when problems were identified.

The power of dash cams

Many details about driver performance, meanwhile, can be tracked and recorded using telematics – ensuring that driver training is focused on specific needs.

“Dash cams also assist in driver behavior monitoring, and they can be that silent witness that provides that vision of what’s going on in front of you,” Dutchak added.

He referred to a viral video as an example. It captured the view of a driver who crested a hill in Northern Ontario, right into the path of another truck that was trying to pass a snow plow. The accident was avoided because of some quick thinking, but the camera also recorded the “thump-thump-thump” of the truck rubbing against the guard rail to avoid the collision.

Without a dash cam, such a story may have been discounted, even if it was true, he suggested.

Inward-facing cameras offer the added advantage of showing what a driver was doing at the time of the crash, supporting claims investigations and training programs alike, Williams said.

While some drivers still resist inward-facing cameras that capture video under specific situations, that can show the driver was doing the right things, Dutchak said. He recommends finding a champion in the fleet to try it out, and help in promoting the technology.

“Cameras are absolutely a benefit to a carrier in event of a claim, in expediting a closure of a claim,” Lovatt added. They can translate into lower payouts too, since the videos help claims examiners understand what took place and the way they should proceed.

“That’s something that could come out of the big data.” 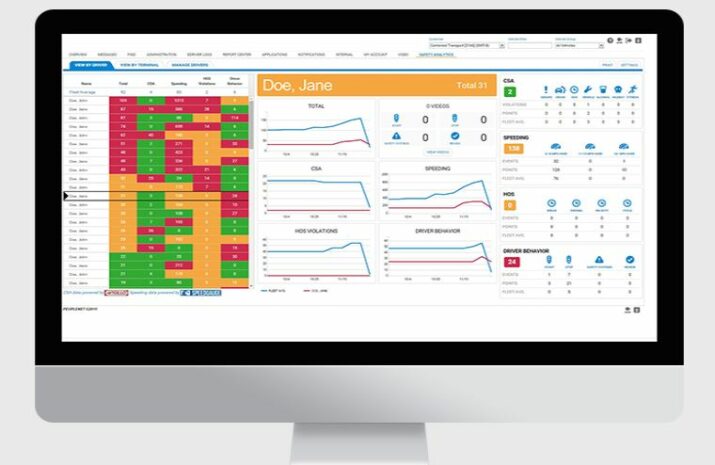