TORONTO, Ont. – There were more trucks chasing every load in the Canadian spot market in October than in two years, according to TransCore Link Logistics.

October load volumes were up 2% from September, with volumes down 23% year-over-year.

Intra-Canada loads accounted for 34% of total volumes and were up 3% year-over-year. Cross-border load postings were down 33% y-o-y (southbound) and 28% y-o-y (northbound). 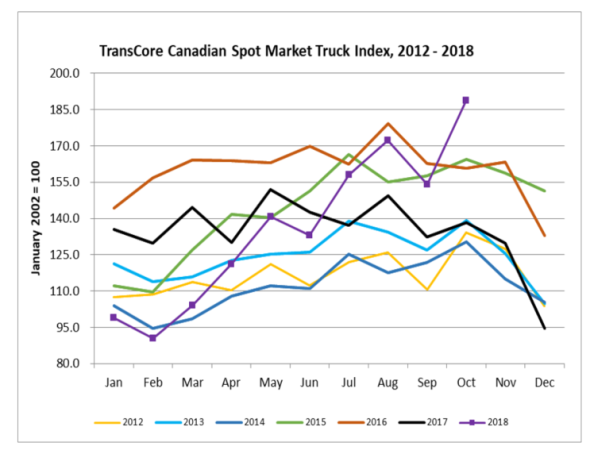 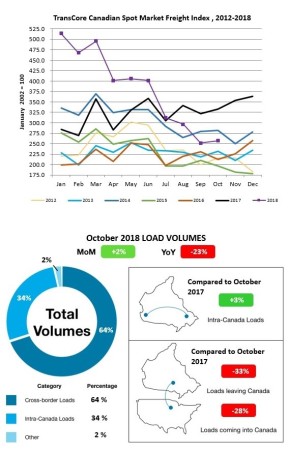