WINNIPEG, Man. – The Manitoba Trucking Association (MTA) says it has the ear of its new government, however, challenges remain while the provincial Progressive Conservative Party settles into its leadership role.

In office since April of 2016 after ending the NDP’s 17-year reign, the government has been in talks with MTA executive director Terry Shaw about a number of issues facing Manitoba’s trucking industry, including the “made in Manitoba carbon tax policy,” which aims to avoid a federal plan being imposed in the province.

“We’ve been involved from day one in helping this government craft that plan, helping them understand what trucking means to the economy and what trucking means in terms of environmental impacts,” Shaw said. “We’re using the most efficient vehicles currently available, they just happen to consume diesel, and that’s not going to change any time soon, so wanting that to change, or planning on the fact that that will change, is an invalid plan.”

Shaw said the federal government’s proposal to implement a carbon tax that starts at $10/ton, and increasing to $20/ton, $30/ton, and up to $50/ton over a five year period is unmanageable from an industry perspective.

“There’s no cost certainty with that, and how do you budget for it?” questioned Shaw. “You go from $10 a ton to $50 a ton, it’s like a 400% increase over five years for trucking on one of our largest individual cost components. That’s just unmanageable.”

Shaw said though a $25/ton carbon tax is not great, as it is still “a massive tax,” it is at least implemented in a fashion where the industry will have some cost certainty. He added that the government has also committed to working on revenue recycling, with heavy-duty truck retrofits being a line item in the plan.

“That’s based on the greener trucking fuel efficiency initiative conversations we’ve been having with this government since they became the new government,” Shaw said.

Both the MTA and provincial government have voiced concern over a federally-mandated carbon tax, with the MTA saying the plan is flawed.

“It is all about a tax, it is not about greenhouse gas reduction,” he said. “There is no programming associated.”
Improving entry-level driver training is another issue at the top of the MTA’s to-do list.

Shaw said unlike any other province, Manitoba faces a unique challenge in that its apprenticeship program that supports trade professions are publicly funded.

Under the apprenticeship regulation, it states a candidate must first get a job in their chosen trade, then go to school for training, and only then are you certified as a level one, two, three, or journey person.

The challenge the trucking industry faces in Manitoba is unique in that a person is faced with a financial choice to either fork over around $8,000 for a Class 1 driver training program, or $200 for a provincially-funded apprenticeship program.

Shaw said the MTA is gearing up for another push for the mandatory entry level training (MELT) program in Manitoba, and have not backed off that effort.

Prospective drivers were previously eligible for funding from Manitoba Public Insurance (MPI), but the program, which was originally intended to last three years and went on for nearly a decade, has come to an end.

Shaw underscored that the ‘I’ in MPI is for ‘insurance,’ and that MPI is not a driver training school.

The MTA has reached out to educational institutes to collaborate on a driver training program, something Shaw said is now getting some traction after MPI funding was cut.

“So in the absence of that, we are seeing renewed interest in partnering with us on a program,” he said, “but there is certainly a gap there right now.”

Planning for the future

With a vision for the coming five years, the MTA held a planning strategy for how it wants to address key issues facing it and the industry.

Advocacy is one area Shaw highlighted, saying the association must “get out there and make things better” for the members it represents.

Education was another focal point, with the MTA already working to help the industry on a number of areas, such as compliance training, cargo securement, hours-of-service, long-combination vehicle training, and Class 1 instructor training.

Shaw said additional topics like leadership training and marijuana compliance were two areas that needed to be addressed moving forward.

Public relations is also important to the trucking industry.

“Trucking is huge, trucking is not going away despite all the lovely article people write on autonomous vehicles,” Shaw said, “so, people need to understand the economics of trucking in terms of what we mean to the economy, as well as what we mean as a career.”

Getting the word out about how much effort the industry puts in to safety is another message Shaw said the general public needs to hear. He also said environmental efforts need to be magnified.

“People just assume that trucks are bad actors, and they’re not. Nobody monitors fuel consumption more closely than a trucking company. We are very efficient,” Shaw said. “People look at the fact that we consume diesel and say we should be electric or something else. We need to help them understand that we don’t like paying $1.15 a liter for diesel any more than anybody else does, and if there was a better alternative out there, we’d be first in line.”

Educational efforts and services to its members have become much improved since the opening of the MTA’s newly-refurbished head office in Winnipeg. Now twice the size, the building features classroom space, a large boardroom, and space to grow into.

The MTA handed out some hardware during its Fall Awards Gala in Winnipeg Nov. 3.

Paul Arnaud and Monique Laramee of Big Freight Systems, Robert Wensel from Arnold Bros., and Darrin Fiske of the Kleysen Group, were Pioneer Award winners for their commitment to the industry. The Kleysen Group also received the Omnitracs Distinguished Member award.

The highest honor went to Louie Tolaini of the TransX Group of Companies, taking home the newly-titled Red Coleman Service to the Industry award. 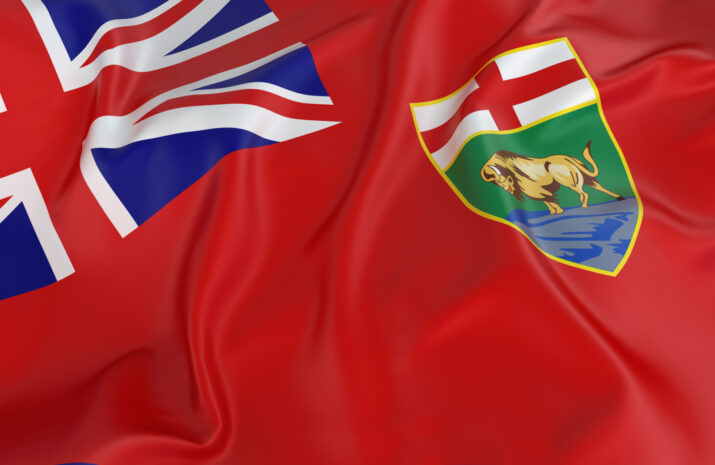