Andy Skelton, CEO of Skelton Truck Lines, agreed the fit was ideal when seeking a buyer for the family business.

“To have found a buyer that shares in [our] values and that believes in the family approach to running a business is a perfect match,” he told Today’s Trucking. “The Skelton family is excited to begin the next chapter alongside AHG.”

AHG paid a healthy premium for the specialized carrier, which dominates the 2-8C segment in Canada. While specific terms were not disclosed, Mike McCarron, president of M&A advisors Left Lane Associates calculated that Skelton Truck Lines fetched an “off the charts” 9x multiplier.

But for AHG the deal was attractive because of Skelton’s domination of the 2-8C segment – where AHG didn’t have a presence – and its relationships with Canadian Blood Services and other government agencies. It also purchased 49% of Skelton’s fast-growing U.S. business, which gives AHG its first foothold south of the border.

There was also familiarity between the two companies. Andlauer said they’d cross paths at healthcare conferences and shared some customers, and a lot of values.

“We had a lot of similar customer relationships because of their specialty in 2-8C,” Andlauer said. “And that’s very sticky business. Procurement is one thing, but quality is most important in pharmaceutical companies’ eyes. Once you provide the service and you’re qualified by their QA, they have to have a reason to change. [Skelton’s] network and knowledge and equipment on the 2-8C has allowed them to keep that differentiation.”

Skelton’s expertise fall into segments where there is zero room for error – hauling blood for Canadian Blood Services, for example – so the equipment is highly specialized. Trailers, valued at up to $200,000, have two reefers so if one breaks down, the other keeps product at the correct temperature.

Indeed, Skelton does plan to play a big role in helping the federal government roll out much needed Covid-19 vaccines.

“Our trailers have the ability to transport vaccines safely and efficiently,” said Melissa Skelton, human resources manager, who plans to continue in her role with the company. “Skelton trains its drivers – also known as pharmaceutical logistics technicians – to properly monitor and handle product.”

She added company president Ron Skelton “has volunteered our equipment for transportation of Covid-19 vaccines and other healthcare-related products, including PPE.”

AHG retains the right to purchase the remaining 51% of Skelton’s U.S. business on similar terms to the original deal, Andlauer confirmed to analysts.

“Skelton got into the U.S. market because they were pulled by their Canadian clientele who were also in the U.S.,” he said.

“Skelton established the U.S. business in 2016 and since then, the business has established strong relationships with our customer base,” Melissa Skelton said. “These companies have sought us out because of the high level of service we continually provide them.”

Andlauer sees a great opportunity to grow the Skelton brand in the U.S., where regulatory requirements for the transport of pharmaceutical products are being brought in line with the higher standards that exist here and in Europe.

Here in Canada, Skelton plans to continue to grow as well, and feels it has the better opportunity to do so under its new ownership.

“AHG’s infrastructure and innovative technology and network across the country will further assist in the growth and long-term success of Skelton Truck Lines,” said Melissa Skelton.

And drivers are relieved to know the recognizable bright orange trucks will remain, as will the name on the doors.

“The top question asked by drivers was ‘Is the name on the trucks and trailers changing?’ To which we responded ‘no’,” Melissa Skelton said.

The company’s staff was informed of the deal in person with the entire Skelton family present. They were given some time to digest the news and discuss it with family, before bringing any questions to a Q&A session a few days later. Andlauer himself also visited the company and welcomed AHG’s new employees.

While AHG’s Skelton acquisition was its most notable in the transportation space, it also purchased TDS Logistics and McAllister Courier in 2020. Both are regionally focused temperature-controlled transportation businesses that were previously held by Andlauer Management Group, owned by Michael Andlauer.

He told analysts the company will continue to seek acquisition opportunities, particularly in the 3PL space. 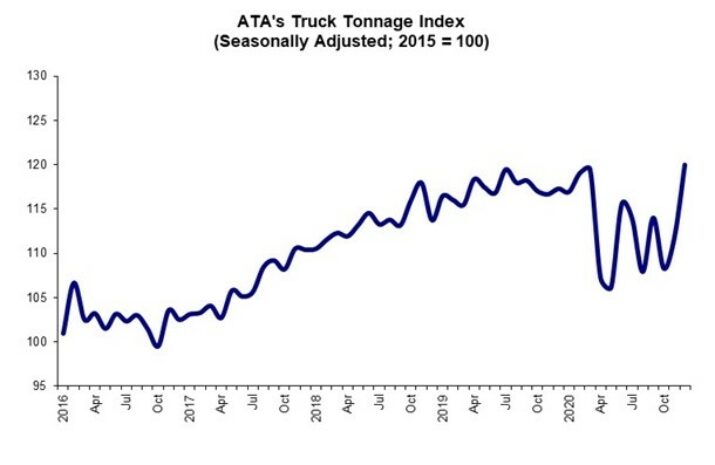 Truck tonnage spikes in December, but down overall on the year 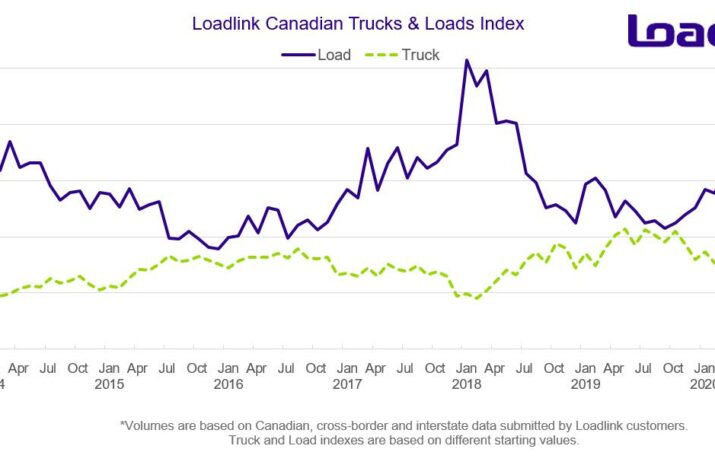