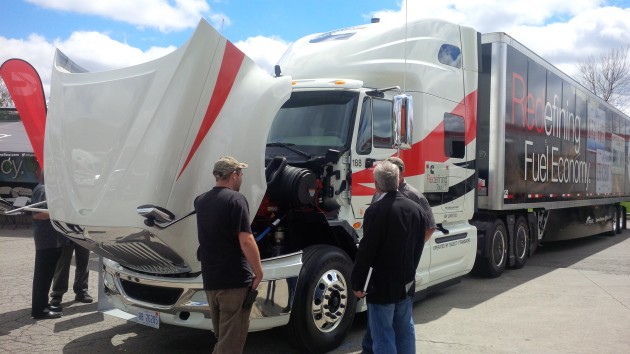 The first Canadian stop will run here from 9 a.m. till 5 p.m. Wednesday. It features a rolling exhibit and trucks from various OEM partners, each featuring Cummins power. The highlight is the 2017 ISX15 and Cummins’ single module aftertreatment system.

Also on display are: the ISB6.7; the Cummins Westport ISX12 G natural gas engine; and technologies such as the SmartAdvantage powertrain, Connected Diagnostics, ADEPT and more.

The Toronto appearance is one of four Power Stop events, and the only one in Canada. Power Stops feature additional Cummins diesel and natural gas equipment.

While the 2017 prototype ISX15 engine was a draw during a sneak preview of the road show Tuesday afternoon, Christoph Horn, Ontario territory manager with Cummins, said customers won’t have to wait until 2017 to enjoy the latest technologies. 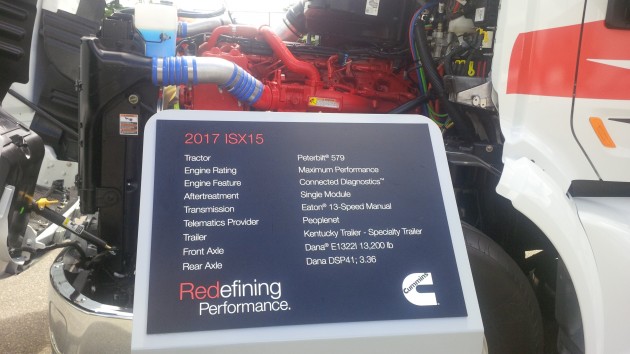 New this year on the current product will be Advanced Dynamic Efficient Powertrain (ADEPT), an optional spec’ that will include SmartCoast. This new feature disengages the automated transmission to save fuel on downhill grades of less than 4%, Horn said. Safety parameters are built into it, which will re-engage the transmission when a pre-determined speed is reached or when the driver presses the brake pedal.

ADEPT 2 is scheduled to be released in 2016 and will add telematics and GPS to the equation, so that torque curves and engine cruise speed can be automatically adjusted based on terrain along the route travelled. For example, the cruise speed may be increased from 62 mph to 65 mph when a hill looms in the distance, allowing the operator to build momentum to more efficiently tackle the grade.

Those wishing to see the Redefining Tour can visit Cummins at 7175 Pacific Circle in Mississauga, Wednesday. For more details on the tour and a complete schedule, go here. 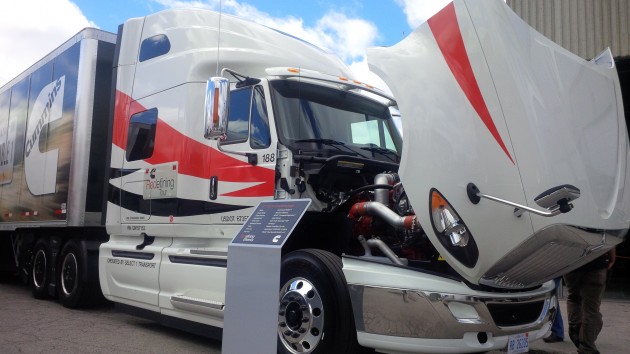