Aperia makes the Halo Tire Inflator, which keeps tractor tires properly inflated using the energy produced by the rotation of the wheels as a power source. FlowBelow produces wheel covers and fairings. At a press conference held at the Technology & Maintenance Council’s spring meeting, the two companies revealed they’ve worked together to make combining their systems easier. 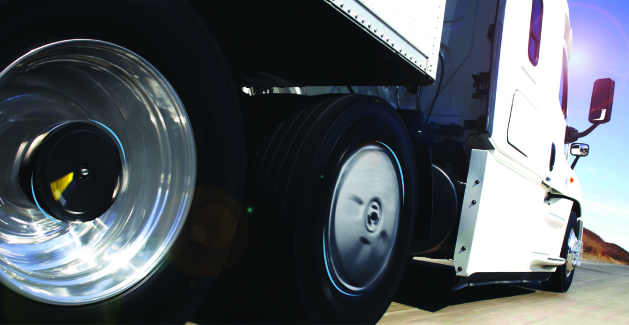 “We had a lot of shared customers that were twisting our arms to spend the time and energy to get the two products integrated cleanly,” explained Josh Carter, CEO of Aperia.

Josh Butler, president of FlowBelow, said the two companies became familiar with each other as they competed for real estate in the market.

“Our engineers started talking about a way for our wheel cover to mount on top of the Halo system,” he said. Combining the two systems and using common brackets allows for a weight savings when compared to installing both systems separately.

Butler said the two systems combined provide a fuel savings of about 3-4%.

At TMC, FlowBelow also announced an expansion to its product line. It’s now offering a tractor-mounted AeroFender and a Trailer AeroKit.

The AeroFender replaces standard non-aero quarter fenders and is installed on the forward-most drive wheels of the tractor. It helps direct airflow past the tractor drive wheels and also reduces road splash and spray, Butler explained.

The Trailer AeroKit mounts to the trailer suspension, combining wheel covers with patented fairings in front of, between and behind the wheels. The covers and fairings work together to deflect air around the trailer wheels and suspension. Both systems will hit the market later this year. 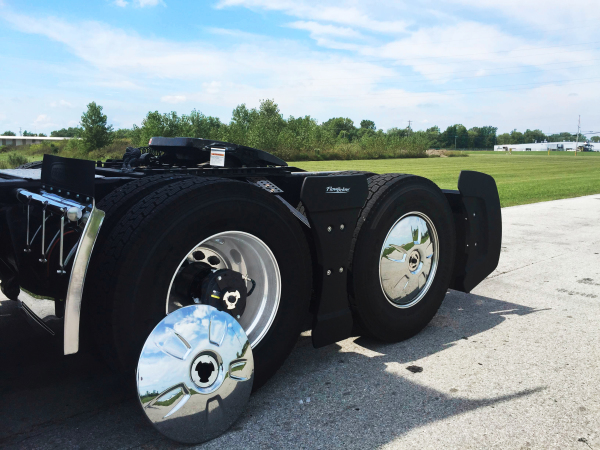