TORONTO, Ont. — Mack Trucks officials came to Canada this morning to announce the company’s ultra-heavy-haul Titan by Mack will now come standard with the mDrive HD automated manual transmission. The announcement was made at the National Heavy Equipment Show.

Previously the Titan could only be had with a manual, but the company says the new HD version of its mDrive transmission is suited for extreme payloads. It can handle gross combination weights of more than 140,000 lbs, Mack announced, as well as 2,060 lb.-ft. of torque. 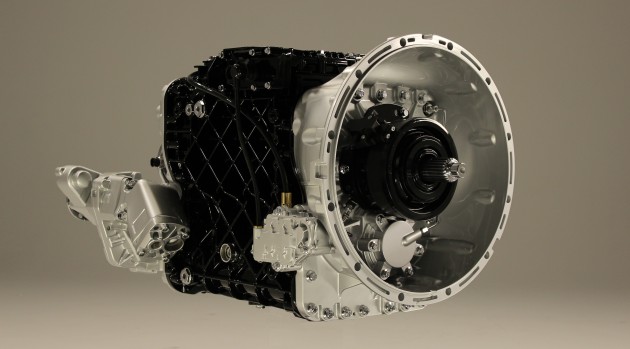 The mDrive HD you’ll find in the Titan has been programmed for heavy-haul applications and will perform differently than even the mDrive HD that was announced last month as standard on the Mack Granite.

He noted different software has been developed for the mDrive HD for each of the applications into which it will be deployed. A construction version is available as well as an EZ Shift configuration for sensitive bulk hauling applications.

The mDrive HD offers ease of operation and broadens the potential driver pool. It also offers operational benefits: it’s up to 237 lbs lighter than alternative options and uses less oil, about 17.8 quarts compared to nearly 50 in some other transmissions. The cooler has been relocated to the gearbox, which simplifies maintenance and allows for greater control of operating temperatures, Russoli said.

While it’s based on the same 12-speed mDrive first introduced on the Mack Pinnacle highway tractor, it has been reinforced with hardened gears and a stronger split synchronizer for increased durability in heavy-haul operations. It also requires a higher-viscosity transmission oil. 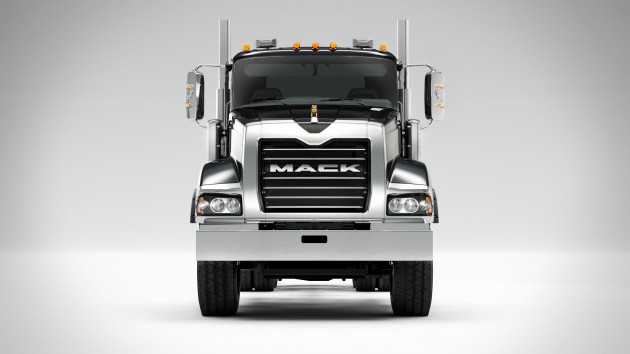 The mDrive HD comes with features such as Grade Gripper, Rock-Free and Power Launch. Grade Gripper works with the ABS system and will hold the truck on a hill, giving the driver time to transition their foot from the brake to the throttle without rolling backwards. Rock-Free enables the driver to rock the truck back and forth and escape from mud or a frozen surface simply by pumping the accelerator. If that doesn’t work, Power Launch allows the operator to increase torque and engine rpm for an extra boost at launch.

“We built on the success of the Mack mDrive, previously only available on our highway models, and engineered a heavier-duty version of the automated manual transmission, resulting in the mDrive HD, standard on the Mack Granite and now standard on the Titan,” said Stephen Roy, president of Mack Trucks North America. “When paired with the powerful heavy-haul Titan, it offers Mack customers unparalleled muscle to easily handle the most difficult of loads.”

John Walsh, vice-president of marketing with Mack Trucks, gave a brief overview of Mack’s standing in the marketplace. He projected North American Class 8 truck demand to total 310,000 units. He said infrastructure investments in key Canadian markets such as Vancouver, Montreal and Toronto should help sales of its construction trucks, and noted the Granite remains the top-selling Class 8 conventional straight truck in the US.

“Where there’s demanding work to be done, there’s a Mack to get it done,” Walsh said.