Another electrical connector may be in your future as manufacturers search for the best way to power and control an expanding array of trailer features.

In the late 1990s, engineers managed to build on seven-pin SAE J560 connectors – the electrical lifelines between tractors and trailer turn signals – to support ABS warning lamps. Related signals began to catch a ride on power wires as seamlessly as the drops of water traveling down a fishing line.

But the years since then have seen the rollout of options as diverse as wheel end sensors, cameras, and safety systems. Each needs to deliver its own set of signals from trailer to dash.

“We’re going through a tremendous amount of change right now,” says consultant Paul Menig, the CEO of Business Accelerants and chairman of two task forces studying related issues for the Technology and Maintenance Council (TMC) of the American Trucking Associations.

More than 30% of fleets already use additional connectors to power and control equipment such as liftgates, strobe lights, and motors for hydraulics and winches, he told an online audience for the Canadian Transportation Equipment Association (CTEA).

“I’m seeing the need for some sort of standards and agreements … There are a lot of different solutions that have been proposed.”

Those proposed solutions range from connectors with more pins, to additional cords, and even wireless networks to help meet the demands.

Individual manufacturers have rolled out their own proprietary equipment to make the connections. Examples include Peterson Pulse that connects sensors through a trailer-mounted box, Truck-Lite’s SmartBridge ecosystem that talks to a variety of devices, and Drov Technology’s AirBoxOne.

But connections that are adopted as standard fare will offer plug-and-play support for the widest selection of equipment.

In Europe, one of the answers has emerged in the form of cords with a 15-pin connector that has two undesignated pins for high-speed communications.

Many of today’s brake and vehicle manufacturers also have European roots, adds Haldex engineering specialist Dave Engelbert. “I feel that’s going to have an influence in the future again because I don’t feel that the European companies are going to necessarily going to want to support a different standard.”

But there are also efforts to rethink the connections entirely.

ZF is experimenting with a variation of the J560 plug that includes an additional connector to support data. And Cole Hersee is working on a 13-pin connector that includes four pins for CAN communications and another two pins for auxiliary power.

“The 13-pin connector does offer forward and backward compatibility with the J560 and it has had some exposure in the field,” Engelbert says, referring to one benefit. It isn’t perfect, though. The small pins plugged into a traditional J560 connectors may not be sealed as well against the elements, he explains.

Jost International has even found a way to build the required connections into fifth wheels, with a plug that connect tractors and trailers while drivers remain in the cab.

“It’s like a giant USB plug,” says Israel Hildebrandt, Jost International’s vice-president – engineering, referring to the system currently being produced in Europe. The pins slide into a receiver mounted on a trailer’s skid plate or upper coupler.

Standard connectors, though, make equipment more interchangeable and promise benefits such as secure communications, steady data feeds for safety systems, and a level of confidence in the face of challenges like corrosion.

“All of these systems have to be evaluated on some set of criteria,” Menig says.

Evolving safety systems might see trailers communicating with the vehicles behind them, to support things like the tighter following distances for fuel-saving platooning, Menig says. Maybe they could even trigger the safety systems in passenger cars as those vehicles get too close to underride guards.

In the search for a new generation of electrical connectors that is backward compatible with legacy equipment, Europe is exploring standards that include a 15-pin ISO 12098 connector and a seven-pin ISO 7638 connector. Two of the pins on the 15-pin connector would be devoted to communication, while its seven-pin counterpart would also include a high- and low-CAN.

“Each of these buses are in a separate connector. They aren’t bundled together,” adds Engelbert. “If we start bundling buses together, we may have some issues that need to be worked out.”

Not all of the increasing demands are optional. European regulators are looking to mandate object detection systems as of July 2022. Those signals will need to get to the truck somehow. Add something like 360-degree video views and the connectors would need to support ethernet-like data speeds.

“It’s going to take quite a bit of effort and resources to develop this ethernet system, and it’s going to be costly,” Engelbert says.

Potential solutions could be found by looking beyond geographical differences alone. The RV industry, for example, has already developed RV-C standards for a J1939 connector that can deliver video feeds.

Engelbert also refers to agricultural equipment that includes a 15-pin ISO 12098 connector and a seven-pin ISO 7638. “They’ve been working on an ethernet solution, and they’re a lot further along than we are,” he says.

The potential lessons don’t end there. The agricultural industry is already steering away from wireless solutions because of problems maintaining the required signals.

“Wireless is not a solution for critical communication,” he says. “We as an industry could be going down the same path and looking at wireless and finding we have issues with it.” 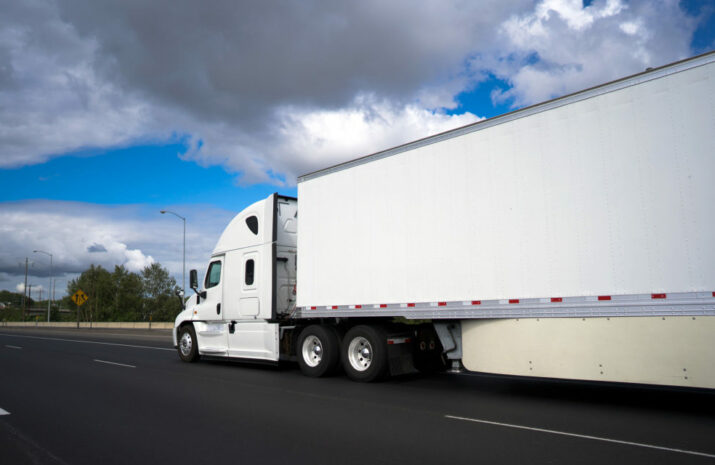