AURORA, Ont. — A Canadian trucking company with European roots has designed a versatile trailer that incorporates design elements from around the world. 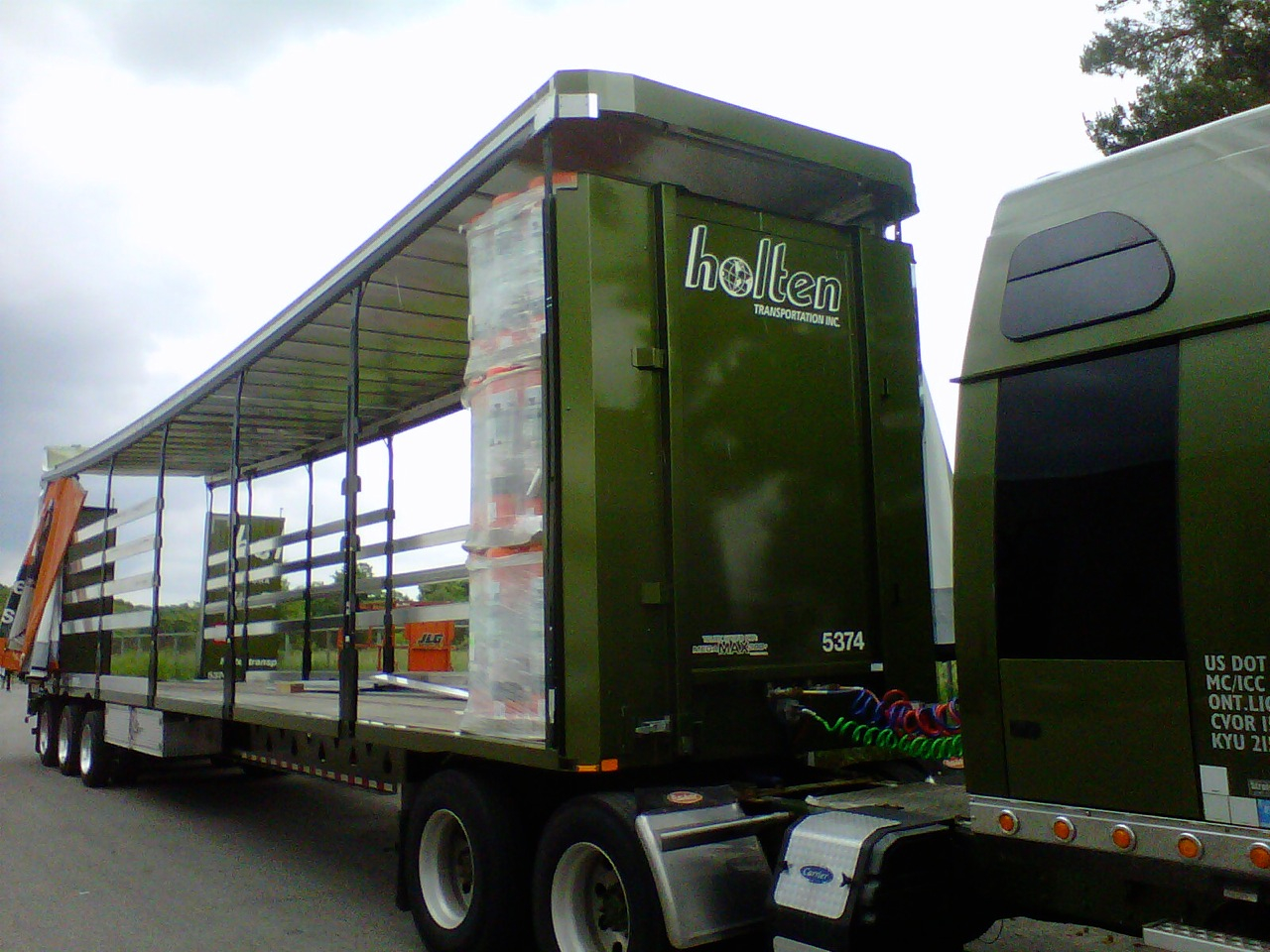 Holten Transportation is an Aurora, Ont.-based trucking company that was first run in the Netherlands before its owners relocated to Canada in the 1980s. Here, owners Dave and Ton Holten were frustrated by the fact so many trucks weren’t loaded to their full capacity.

Hauling one-metre Ditra rolls stacked two high for Schluter left unused space in the trailer, and the trailer well below its weight limit. So the Holtens set out to design a trailer that would accommodate a third layer of product, while staying versatile enough to haul traditional van freight.

Schluter got on-board with the project, but requested a level floor, ruling out dropdeck designs. To be legal in the US, the trailer could not exceed 13’6” in height, or 162 inches.

“This meant that taking the total height of three rolls, plus some packaging materials, we needed a deck height at the highest spot of 42.8 inches,” the Holtens explained. They turned to Manac to help with the design.

The Holtens looked to Europe for a suitable tractor and found vehicles from Daf and Volvo with a low fifth wheel height, but they could not be imported into Canada. They then turned to Peterbilt of Ontario, which ordered a custom-built truck with a low-riding front and tandem axle.

“But we still weren’t low enough,” the Holtens discovered. 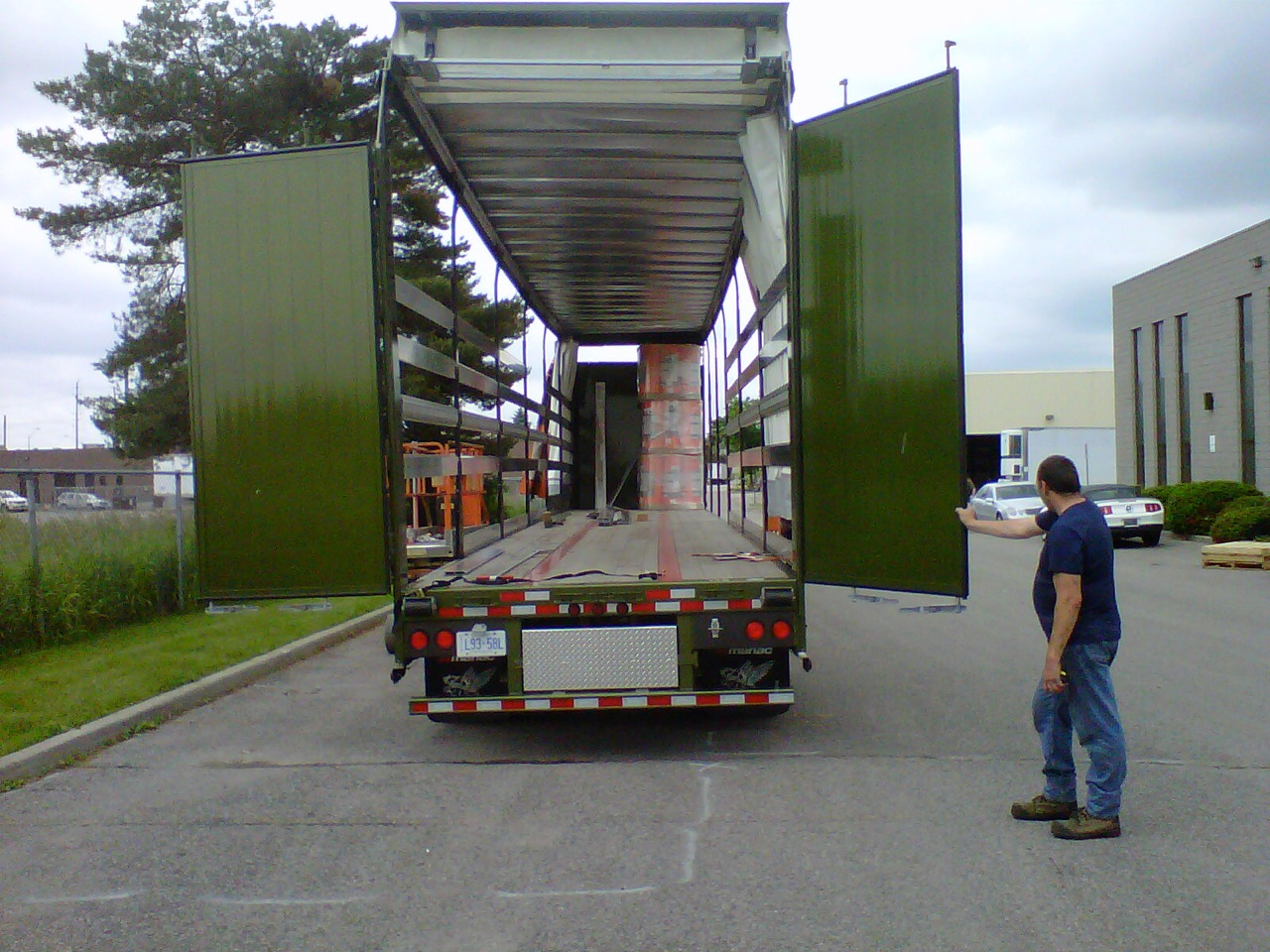 SAF-Holland got involved and brought to the table the lowest fifth-wheel design available. Next up was tires.

Again, the Holtens looked to Europe, where they noticed Continental had a tire for car carriers that met their requirements – but the tire was not available in Canada. The tires were imported, allowing the Holtens to reach their target height of 38.8 inches.

The tractor exhaust was switched from vertical to horizontal to reduce drag and the ratios were adjusted to maximize fuel economy. The gap between the tractor and the trailer was reduced to improve aerodynamics. An auxiliary power unit was installed to provide comfortable cab temperatures without idling.

The Manac trailer came in and was completed by Durabody, which helped install a roof that can be manually raised 18 inches. The removable posts are connected with alu-planks and the sides can be closed by curtains. The trailer features a 60-inch spread tridem axle configuration, which is California-legal. The roof can be lowered to 13’2” for return loads home. Lettering on the trailer was provided by Motive Media. The final product was dubbed the Megamax 300+.

The air-ride suspension is adjustable, so the trailer can be pulled by a regular tractor pulling conventional loads, and can be loaded at conventional dock heights. It can now accommodate most van and flatbed loads, the company says, and the cargo can be accessed on three sides.

“It took quite some time to bring this from the drawing table to finished product, but we are proud to present it,” the company said. 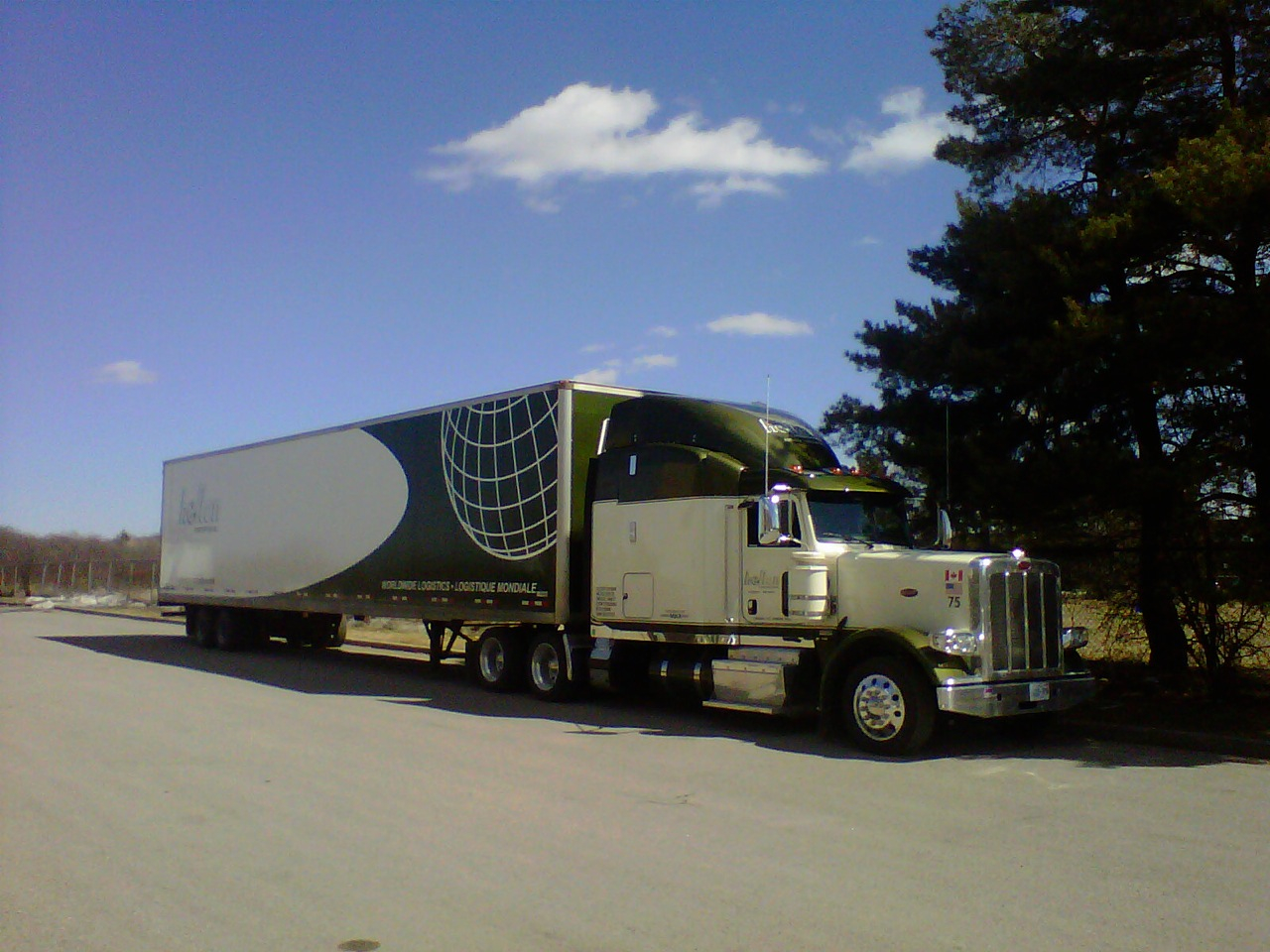