June 10, 2016
Plans to bring affordability to the masses to jumpstart disc brake adoption in North America

GRAND RAPIDS, Mich. — In an effort to accelerate the penetration of air disc brakes in the North American market, SAF-Holland is addressing one of the most frequently cited excuses to stick with drums: cost.

The company says it has leveraged its economies of scale and buying power with its global suppliers to reduce the purchase price of its new P89 trailer air disc brake system by about 40%, bringing affordability to the masses. Traditionally, customers of tandem trailers would have to incur about a US$3,500 price increase to equip a trailer with disc brakes. 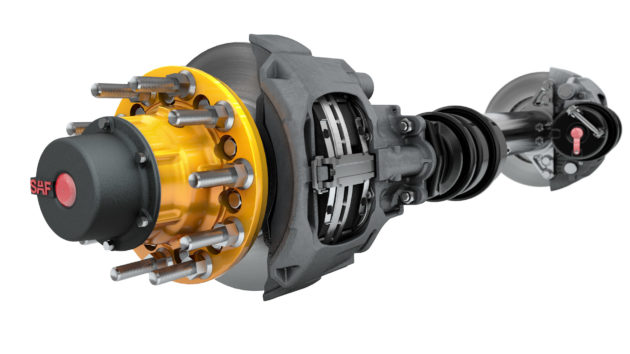 Steffen Schewerda, SAF-Holland president, Americas, noted fleets today accept the performance and maintenance benefits air disc brakes offer, but are still reticent to shell out the significant upcharge at the point of purchase.

“There is a prohibitively high threshold in terms of the premium when trailer OEMs price these products to the market,” he said. “We truly believe we can change the picture here with this product.”

Disc brakes have become a standard specification in Europe and in 2013, SAF-Holland produced its two millionth disc brake-equipped axle. With economies of scale come opportunities to reduce production costs and SAF-Holland is looking to pass those savings onto its North American fleet customer base to encourage the more widespread adoption of disc brakes here, where fewer than 10% of trailers are spec’d with disc brakes, according to Schewerda. (The percentage is higher in Canada, he noted).

The company would like to see 20-25% of North American trailers ordered with disc brakes by 2020.

“We think that is realistic,” Schewerda said. “The technology is robust. I believe some companies can offer attractive commercial conditions to the OEMs that drive this penetration and as the fleets are catching on, they see the advantages of disc brakes.”

One fleet that has already made the conversion is Pinnacle Express, a 24-tractor fleet out of Ann Arbor, Mich., which specializes in hauling aviation fuel. It is running disc brakes on all its tractors and trailers and Jim Fox, vice-president and general manager, said he would never go back. 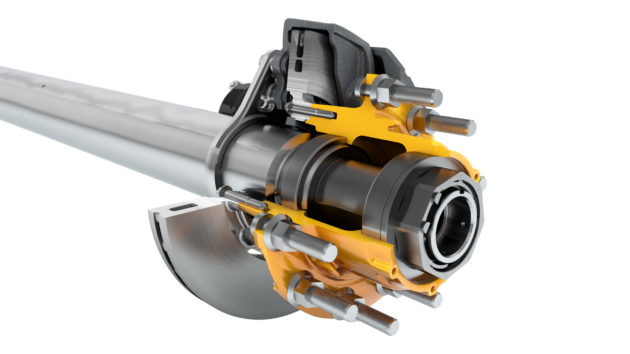 “We’re never going back to drum brakes at Pinnacle Express,” he said. “There’s more uptime. Yeah, it’s a little bit more expensive but the way I look at it, these brakes last three times as long as drums.”

Fox has estimated he sees a return on investment within 18 months. The only maintenance that’s required is changing the pads every three years and he says it takes more time to pull the wheel off than to swap out the pads. The P89 requires no greasing.

“Our trailers are almost maintenance-free now,” he said. “We’re only worried about tire pressure and lights. We don’t have to take the trailer in every 90 days to grease the slack adjuster and the S-cam and to ensure the bushings aren’t wearing out.”

He also said they’re safer to operate. In one instance a driver loaded to 65 tons had to dynamite the brakes when a car stopped in front of him. He estimated he came to a complete stop within 235 feet, avoiding the collision.

Bill Hicks, director, product planning, Americas with SAF-Holland, said a fully disc-equipped tractor-trailer can stop from 75 mph in 341 feet, 81 feet less distance than a drum-equipped vehicle. The drum-fitted truck would still be travelling at 15 mph when the disc-equipped truck was completely stopped, he added.

“This is life and death in many cases,” he added.

Part of the challenge in getting the North American market to make the switch to disc brakes is convincing them problems associated with early generation products seen in the 70s and 80s have been completely resolved. 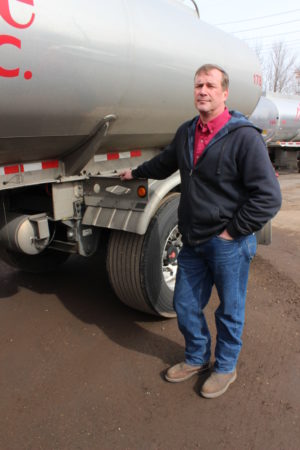 “The product, to be honest, was not ready,” Hicks said of those early generation disc brakes, which came with undersized rotors that were prone to cracking and other shortcomings. Second generation disc brakes arrived here in the early 2000s and have addressed those issues. But while North American fleets have come to accept the performance and maintenance benefits of disc brakes, the initial purchase price has remained a barrier to growth. Jansen said this will be addressed with the P89 platform.

The P89, in addition to costing about 40% less than today’s trailer air disc brake systems, is also weight-neutral compared to drums. It features SAF’s SBS 2220 caliper and a 430-mm diameter vented rotor. A dual piston design applies pressure more evenly across the brake lining than a single piston system, Jansen explained. And the 45-mm thick rotor provides up to 30% more wear volume than other offerings, he added.

A tapered spindle is available, which reduces weight by about 10 lbs per axle. The P89 is backed by a five-year warranty.

For customers wanting a more premium offering – and willing to continue paying the upcharge seen today of about US$1,750 per axle – the new P89 Plus offers a more robust, bi-metallic SAF Integral rotor, which expands and contracts in a radial direction, keeping the braking surface flat and eliminating the so-called umbrella effect, which causes the rotor to bend inward in the middle. The P89 Plus also comes with a seven-year maintenance-free bearing system, featuring large 89-mm front and rear bearings that are individually sealed and lubricated with high-temperature long-life grease. SAF-Holland officials say testing has shown the P89 Plus bearing system delivers up to four times better bearing life. The P89 Plus is backed by a seven-year warranty but is about 30 lbs per axle heavier than the P89.

Both braking systems are available for order today on the SAF CBX air-ride and ULX spring-ride trailer suspensions.