MISSISSAUGA, Ont. – Volvo was doing aero before aero was cool.

The company announced at Truck World that it’s celebrating 35 years of aerodynamics.

The company brought an integral sleeper to the market in 1983 as Volvo White. In 1996, its aerodynamic VN model was introduced.

“Nobody every came to the market with something so dynamic,” said Paul Kudla, regional vice-president for Volvo in Canada.

Volvo has revamped its product line through its Shape of Trucks to Come product rollout, which began with the VNR regional haul tractor last year, and continued with the new VNL and VNX models. The timing couldn’t be better, Kudla said.

“The Class 8 market is rocking,” he said, while also admitting order backlogs have been a pain for the entire industry. He said the Canadian Class 8 market could this year reach “upwards of 30,000 units, which is unheard of.”

“Today’s show has been phenomenal,” he said. “There has been action all day, so we’re excited about that.”

The longhaul segment is “flying,” Kudla said, while regional haul and private fleets are also buying trucks. Construction has remained steady, but natural gas has been flat.

Kudla said Volvo is continuing to increase the penetration of its proprietary powertrain, and that the I-Shift is now being spec’d in 95% of Canadian orders.

Kudla also provided an update on Volvo’s latest connectivity initiative – over-the-air software and parameter updates. He said 6,000 trucks are now registered, and they have received 600 remote updates averaging 20 minutes. About half are conducted by drivers, and the other half by maintenance personnel.

“The ones we’ve gone through, the drivers say it’s idiot-proof,” he said. 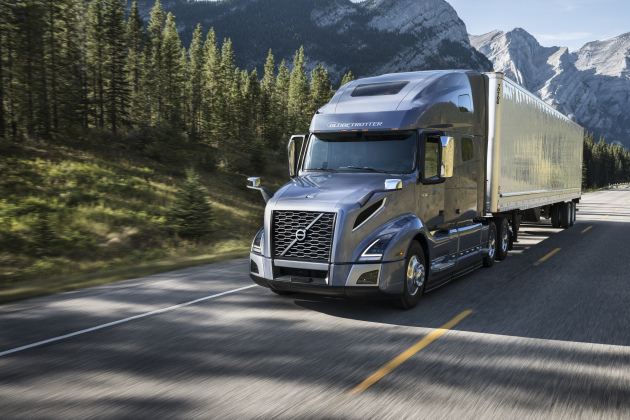