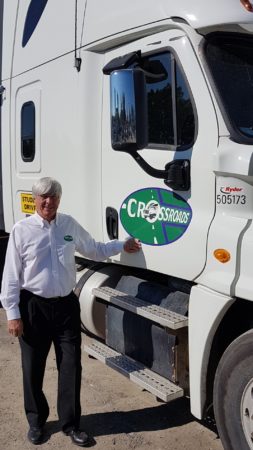 OTTAWA, Ont. — Ontario is said to be considering opening a training center for heavy-duty drivers in the northern Indian state of Punjab, home to thousands of truckers working in Canada.

The province recently announced that the trucking industry will now have access to the Immigration Nominee Program through the In-Demand Skills Stream to ease the problem of the driver shortage.

Under the program, a foreign worker with a job offer in an in-demand occupation such as truck driving or construction can apply for permanent residence in Ontario.

By training drivers in India, officials believe, the province can get a steady supply of truckers, while at the same time plugging any loopholes in the new immigration program.

Easier said than done, according to one Canadian, who has first-hand experience in exploring training opportunities in India, long before the industry started reporting a shortage of drivers.

In 2005, Brian Adams said he was approached by a company in Chandigarh, the capital of Punjab, to discuss the possibility of opening a school there.

At the time it sounded like a win-win situation because Adams was running the Crossroads Truck Training Academy in Ottawa, Ont., and the Indian company was already involved in training nurses for North America.

What followed was anything but smooth, the president of Crossroads recalled in an interview with Truck News.

“The idea was that we would train to a certain level people in India and then they would come to Canada to finish the training on our roads. Then they would be very marketable here,” he said.

The road ahead was bumpy, though.

The vehicles in Punjab were different and the roads were different, but ultimately immigration issues derailed the plan because the Canadian government had no interest in expediting the process as it didn’t want foreigners to take what were considered Canadian jobs.

And, bureaucrats in New Delhi were not helpful either, he said. One official even told him to go to the Indian High Commission in Ottawa, instead.

“‘The only person you should be talking to now is the person who lives five kilometers from your house,’ he told me,” Adams said.

After about six months, he gave up. While he enjoyed the trip, Adams said it was a complete waste of time, energy and money.

A study published late last year by Newcom Media revealed that Indians accounted for 43.7% of immigrant drivers in 2016, up sharply from 8.7% in 1991. During the same period, the number of Punjabi-speaking drivers rose from 725 to 27,475, the survey said. Many of them are owner-operators.

Adams attributed the success of the Punjabi community in the industry to their entrepreneurship.

The driver shortage has been a major topic of discussion in the industry for years.

Stephen Laskowski, president of the Canadian Trucking Alliance and Ontario Trucking Association, told guests at the opening of a driver training academy in Cambridge, Ont., in June that the sector will face a shortage of close to 50,000 drivers by 2024.

Some people argue that young Canadians are not interested in the career because of the long hours and what they consider as the “low pay” in the industry.

Which other industry can match that? he asked.

In fact, a lot of people coming out of universities with post-graduate degrees are now opting to drive trucks because there are no jobs waiting for them in their fields, he said.

At the same time, placement rates at driving training centers are close to 100%, Adams said.