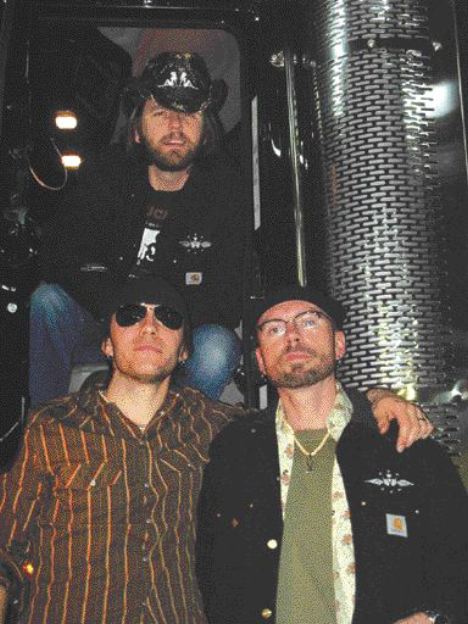 The new branch opened for business Nov. 1 and celebrated with an Open House on Nov. 10. The Road Hammers were on-hand to entertain guests and they had the shop rocking to some classic trucker tunes.

“We’re looking to make a big splash in the truck business in Ontario,” Nelligan said. “Both brands are actually at or above national market share out here.”

Nelligan and Steve Harper pointed out there’s already a healthy population of Western Star and Sterling trucks in the area, but many of them were purchased in Toronto.

Having a local dealership to call upon for service will be a benefit, Nelligan says.

“Customers were looking for support to take care of their trucks,” said Nelligan. “With traffic in Toronto these days, it’s getting to be a long way back to the 410 area. At certain times of day that can be a two-and-a-half hour drive.”

The new Oshawa dealership is located at 720 Wilson Road South, just south of Bloor, right off Hwy. 401. It’s a full-service dealership open from Monday at 7 a.m. straight through until Saturday at 3:30 p.m. The dealership also carries a full line of Detroit Diesel, Mercedes-Benz, Caterpillar and Cummins engines as well as Allison transmissions.

The shop itself is 29,000 sq.-ft. and features 21 service bays, a 600-horsepower chassis dyno and a front-end alignment rack capable of performing complete front and rear axle alignments, Nelligan said.

Twenty-three factory-trained technicians are on-staff and Nelligan said additional staff will be hired as needed.

“Whatever you’re hauling moving or carrying – we want to keep you on the road, that’s our mandate, that’s how we think,” Nelligan said. For more information about the new dealership, call 905-432-3838.