REGINA, Sask. — The Canadian Trucking Alliance (CTA) applauded the Canadian Food and Inspection Agency’s (CFIA) plan to modernize the rules for transporting livestock, but concerns remain over certain aspects of the proposed regulations.

Susan Ewart, executive director of the Saskatchewan Trucking Association (STA) and regional vice-president of the CTA, said a key contention was what she called the exclusion of certain livestock transporters, which limit the reach of some of the regulations to commercial carriers.

“As written, this would exclude from key training and record-keeping provisions producers and processors who claim ownership of the animals or poultry during transportation 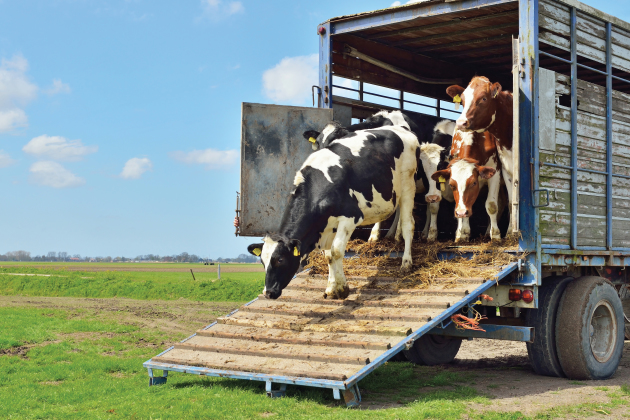 and do not charge a fee for transportation services,” Ewart said. “Further, the CTA is concerned this could result in a competitive imbalance between for-hire carriers and private carriers from both operational and enforcement perspectives.”

Ewart said the STA believes both commercial and private carriers should have no differentiation in the regulations that apply to them.

Other areas the CTA would like to see addressed in the modernization for the transport of livestock include the transport of unfit and/or compromised animals, saying though it agrees with the effort to prohibit loading unfit animals, as well as special provisions for moving compromised animals, drivers prefer not to be put in a position to make the decision on whether an animal is unfit or compromised, which should be the responsibility of the consignor.

The CTA would also like to see the transfer of responsibility amended to include a provision mandating the physical presence of the party loading an animal.

The proposed regulations state that the receiving party must be present upon the animal’s arrival, but, as the CTA points out, the condition of the animal on arrival is largely dependent on the condition they were in when they were loaded onto the truck.

“Some of the current wording around the transporting of unfit and/or compromised animals could result in unfair and unwarranted penalties being brought against the carrier and/or driver.”

Alberta Beef Producers (ABP) was another organization that provided feedback into the proposed changes to the rules for transporting livestock.

Some of ABP’s key areas of emphasis were the necessity for regulations to be science- and outcome-based, rather than prescriptive requirements; the need for flexibility within the regulatory framework to deal with unforeseen circumstances that arise during long-distance livestock transportation; an assessment of Canada’s transportation infrastructure, including rest areas; and its opinion on the requirement that the receiving party be present during arrival.

“The proposal for transfer of responsibility that would require a person or persons to be physically present to accept incoming loads of cattle is unrealistic and impractical for the beef industry,” said Karin Schmid, beef production specialist with ABP.

Schmid cautioned that when making amendments to what she called ‘fairly robust’ regulations that protected beef cattle welfare during transport, it is important to do so in a positive manner.

“When making changes to these types of regulations,” she said, “it is important to ensure that unintended consequences of regulatory changes do not negatively impact the positive welfare outcomes currently experienced by beef cattle during transport.”

To accentuate this point, Schmid pointed to research by Agriculture and Agri-Food Canada, which was conducted on more than 9,000 loads and close to half a million cattle on short and long hauls. The finding showed that 99.95% of long-haul and 99.98% of short-haul cattle arrived at their destinations injury free.

“We take all aspects of animal welfare very seriously, including transportation,” said Schmid. “The vast majority of beef cattle transported arrive at their destination in good condition.”

The CTA also indicated that it welcomed the move to an outcome-based regulatory framework, saying it was appropriate for the provisions under ‘knowledge and skills.’

“In general, the CTA supports efforts to strengthen the rules that govern the transportation of livestock in Canada, and understands and accepts that societal expectations regarding farmed animal welfare, which extends to transportation, is becoming more of a concern for Canadians,” said CTA’s policy analyst director,
Lak Shoan.

“We support further clarifying expectations for all parties involved in livestock transportation, including those that load and unload livestock as part of the transportation process.”
Ewart said the STA is also a strong supporter of updating the transportation of livestock rules, as well as the association’s ability to provide input, but stressed the importance of not putting undue responsibility on the for-hire carrier and driver, as many issues may not be apparent to a driver.

“Liability should not be assumed by the carrier and/or driver to determine and be responsible for the pre-existing condition and health of the animal prior to loading,” Ewart said.

She added that the STA was also pleased to see documentation requirements around feed, water, and rest, and that it should apply to all who transport animals, not just commercial carriers.