As the anticipated date for legalization of marijuana gets draws closer – Prime Minister Justin Trudeau has recently flinched on the July 1 date, instead saying sometime in the summer of 2018 – more provinces and territories are announcing their proposed legislations for not only its use, but for new drug impaired driving laws.

Since September, Ontario, Saskatchewan, and Quebec have all announced plans for zero-tolerance laws for the presence of marijuana in your system while operating a motor vehicle. At the same time, they have announced tougher penalties for current impaired driving laws, whether impaired by drugs or alcohol. 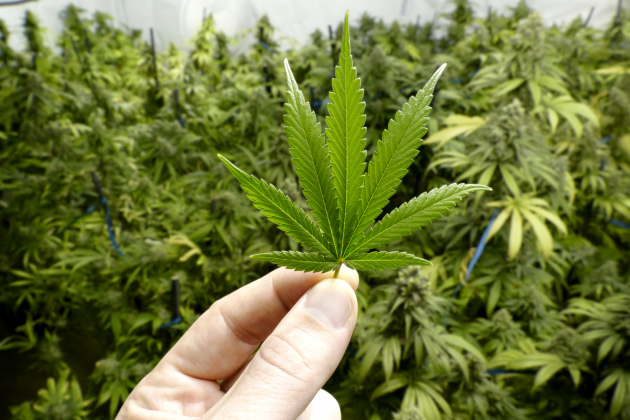 All jurisdictions have indicated that drivers will be tested at the roadside, with a saliva testing device, which is waiting approval from the federal government. The device will test for the presence of marijuana in a driver’s system, not for impairment.

The stated reason for this is one that is well known, the science is not yet there to determine impairment, nor is the science there to test for the tetrahydrocannabinol (THC) level in a person’s system that will provide immediate results at roadside.

Which begs the question, why the rush from the feds to legalize marijuana when we have yet to develop the science needed to address the road safety issues this legislation will no doubt create? But I digress. The penalties for the presence of THC vary by jurisdiction; in Ontario for example, the zero-tolerance approach is for commercial vehicle operators and novice drivers only, while indications are Quebec and Saskatchewan will cover all drivers. They will also involve an immediate roadside suspension, of varying lengths, if the proposed legislations pass.

The feds have also weighed in with Bill C-46, which has passed through the second reading of the Senate and has been referred to the Standing Committee on Legal and Constitutional Affairs. It is expected to become law in early 2018, and has added three Criminal Code convictions for drug impaired driving, ranging from an immediate roadside suspension until court has disposed of the charge, to possible 30-day vehicle seizures and up to 60.

The remaining Canadian jurisdictions are still reviewing data and considering their plans, however you can expect most, if not all, to announce stiffer penalties in advance of the federal legislation on cannabis use being finalized. I expect many to also add zero-tolerance for the presence of marijuana into their legislation.

While the PMTC is in favor of a zero-tolerance approach for the operation of a commercial vehicle, more needs to be done. One of the main reasons for this legislation is to try and remove drivers under the influence of drugs from the road.

Our question is, why not give employers the tools to remove more of these drivers from the road before they ever get to them? In recent years, the PMTC has been lobbying the federal government, as well as the Ontario government, to address workplace safety in their legislation, especially when it comes to safety-sensitive positions.

Canadian drivers entering the U.S. have been subjected to pre-employment, post-accident, random, and reasonable cause testing since the ’90s. This has created an unlevel playing field where drivers who are using drugs will most likely apply for Canada-only driving positions in hopes of slipping under the radar.

This is likely to be exasperated once cannabis use becomes legal here. While it can be argued that companies have the right to develop their own workplace testing policies, and many have, without legislation, these polices come at a significant cost to employers, and are subject to repeated legal challenges, which in some cases dismiss the employer’s right to test.

The government has increased the potential use of drugs on the job, and it is their responsibility to help employers address the public safety issues that result. As an employer, you need to prepare and ensure your polices and procedures address drugs and alcohol in the workplace. While many companies already have zero-tolerance policies, do they lay out the consequences and how it will be addressed? If you haven’t already, review your polices, seek legal advice, and be prepared. In the meantime, we will continue the fight.

***
Mike Millian is president of the Private Motor Truck Council of Canada, the only national association that represents the views and interests of the private fleet industry. He can be reached at trucks@pmtc.ca.